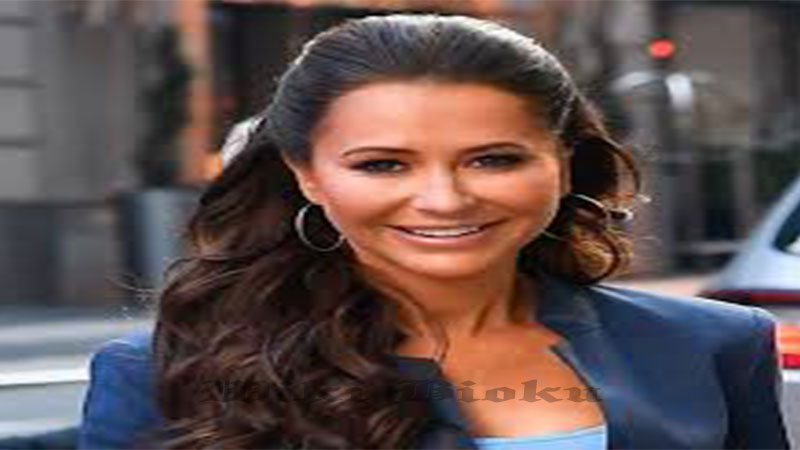 Jessica Mulroney, a member of one of Canada’s biggest political families and one of Meghan Markle’s closest friends, has been dropped by Canadian broadcaster CTV after being accused of “white privilege” by blogger Sasha Exeter.

Jessica Mulroney, born Brownstein, stylist married to Ben Mulroney, the son of former Canadian Prime Minister Brian Mulroney. She was the stylist for Sophie Grégoire Trudeau, the wife of current prime minister Justin Trudeau, for his swearing-in ceremony in 2015. Mulroney is also well-known for her high-profile friendship with Meghan Markle and attended her 2018 wedding to Prince Harry.

Jessica Mulroney is a 40-year-old.

Who is Sasha Exeter

Sasha Exeter, a former athlete, and blogger on website SoSasha posted a 12-minute long video on Instagram on June 10. In the video, she shared that she was in the midst of a feud with Mulroney over the Black Lives Matter movement, saying that in the span of the last week, Mulroney “basically ticked every single box of what a white woman should absolutely not do during the biggest racial uproar in history.” Exeter said Mulroney told her it wasn’t an issue she wanted to discuss on her platform and that she wanted to focus on promoting her show.

In the caption of the video, she wrote in part: “I have felt like a complete fraud-fighting for racial equality and using my voice openly here while letting a white woman silence mine behind closed doors.”

Exeter said the issue began when she called on social media influencers and other bloggers to use their voices to support the Black Lives Matter movement. Although she didn’t mention anyone by name, she said that Mulroney “took offense” to the call to action: “What happened next was a series of very problematic behavior and antics that ultimately resulted in [Mulroney] sending me a threat in writing last Wednesday.”

She continued, “Listen, I am by no means calling Jess a racist but what I will say is this, she is very well aware of her wealth, she perceived power and privilege because of the color of her skin. And that, my friends, gave her the momentary confidence to come for my livelihood in writing.” Exeter said it was a textbook example of “white privilege.”

Exeter said that she received a series of “offensive” messages from Mulroney that “ended in her saying, and I quote, ‘I have also spoken to companies and people about the way you’ve treated me unfairly.’” Exeter said the exchanges left her feeling “paralyzed in fear,” wondering what Mulroney was saying to her brand partners or potential brands she might want to work with.

Mulroney responded to Exeter’s video, commenting, “You are right when you say ‘this s— needs to stop.’ As leaders, we need to join hands and call out wrongs. I know we have different experiences. And that is something that, even in the course of a heated argument, I need to acknowledge and understand. I am unequivocally sorry for not doing that with you, and for any hurt I caused.” Mulroney then went on to say she’s lived a public and personal experience with her “closest friend” in which race played a major part, seemingly referring to her friendship with Meghan Markle.

On June 11th, CTV announced that Mulroney’s show on the platform, “I Do, Redo,” has been removed from all platforms effective immediately. The Canadian broadcaster wrote that the decision was “Because recent conduct by one of our shows hosts, Jessica Mulroney conflicts with our commitment to diversity and equality.”

Canadian brand Smash + Tess announced on its Instagram that it would be ending its partnership with a collaborator, whose values “have been called into question.” Although they didn’t mention Mulroney by name, a collaboration between the two had been announced earlier in May, according to Hello!

Mulroney Posted an Apology About Issued a Statement

On June 11, Mulroney posted about the dispute with Exeter on Instagram. She captioned her post, “Please read my statement. It is from my heart.” In her statement, which consists of five text images, she wrote that: “I want to say from my heart that every word of my apologies to Sasha over the course of the last two weeks privately, and against both publicly and privately today is true. I did not intend in any way to jeopardize her livelihood. We had a disagreement and it got out of hand. For that I am sorry.”

Later on, June 11, after CTV announced it was cutting ties with Mulroney, she issued the following statement on Twitter:

She wrote: “The events that have transpired over the last few days have made it clear that I have work to do. I realize more than ever how being a white, privileged woman has put me far ahead of so many, and in particular those in the Black community.” She said she respects CTV’s decision and she has “decided to step away from my professional engagements at this time.” She clarified that she would not be pursuing legal action and apologized for indicating that she might do so.