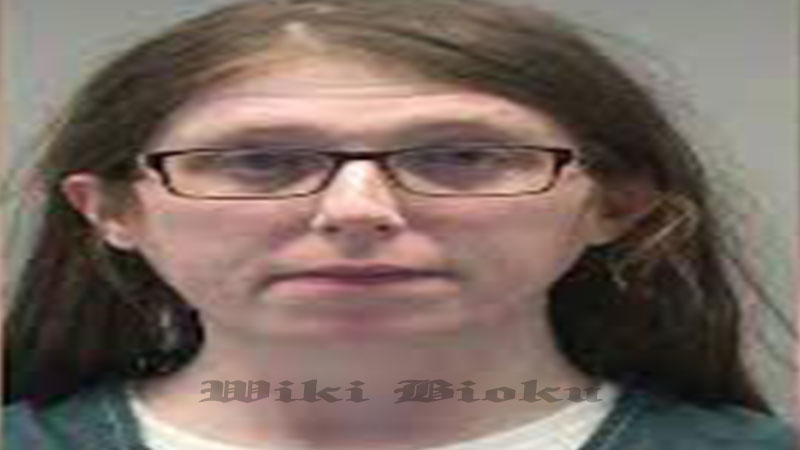 Jessica Watkins is a member of the Oath Keepers militia group has been charged with plotting with other extremists in the attack on the U.S. Capitol disavowed the anti-government group in a court hearing Friday, telling the judge she is “appalled” by her fellow Oath Keepers and “humiliated” by her arrest.

Watkins, from Champaign County, Ohio, was part of the “stack” formation used by military infantrymen that were seen marching up the Capitol steps wearing tactical gear as the mob descended on the building, authorities say. Prosecutors say she and other Oath Keepers prepared in the weeks leading up to Jan. 6 as if they were going to war — recruiting others and training members — with the goal of blocking the certification of President Joe Biden’s victory.

Jessica Watkins, one of nine members and associates of the far-right militia group charged with planning and coordinating with one another in the Jan. 6 siege, said she plans to cancel her Oath Keepers membership and has disbanded her local Ohio militia group. Watkins’ remarks came before the judge ordered her to remain behind bars while she awaits trial.

“I did it out of the love of my country but I think it’s time to let all of that go,” the Army veteran who ran an Ohio bar said during the hearing held via videoconference. “I’m not a criminally minded person… I am humiliated that I am even here today,” she added.

Judge Amit P. Mehta said Watkins was “not just a foot soldier” but actively involved in the planning and organizing of the attack and is too dangerous to be released. More than 250 people have been charged with federal crimes so far as a result of the Jan. 6 insurrection. The case against those affiliated with the Oath Keepers is the largest conspiracy case brought by prosecutors so far in the attack.

Watkins’ comments were surprising as defendants rarely, if ever, address the court during routine hearings over things like detention because everything they say can be used against them by prosecutors.

Prosecutors said in court documents that Watkins communicated with other extremists during the attack over an encrypted channel on the walkie-talkie app Zello, saying: “We have a good group. We have about 30-40 of us. We are sticking together and sticking to the plan.” Prosecutors say an unknown man said on the channel: “You are executing citizen’s arrest. Arrest this assembly, we have probable cause for acts of treason, election fraud.”

Watkins’ renouncement of the Oath Keepers stands in sharp contrast to a message authorities say she sent after the attack to the leader of the Oath Keepers about a media report that portrayed the Oath Keepers negatively. Prosecutors say Watkins said: “If he has anything negative to say about us OATH KEEPERS, I’ll let you know so we can sue harder. Class action style. Oathkeepers are the shit. They rescued cops, WE saved lives and did all the right things.”

Authorities have revealed chilling allegations in the case against the Oath Keepers, like a text message in which one man suggested getting a boat to ferry “heavy weapons” across the Potomac River. Prosecutors say the Oath Keepers also discussed stationing a “quick reaction force” with weapons outside D.C. to assist.

On Friday, the judge pressed prosecutor Ahmed Baset over whether authorities have evidence that the Oath Keepers actually had a ”quick reaction force” set up outside the city on Jan. 6. Based replied “that’s our understanding,” but didn’t provide any more details before the judge brought the attorneys into a private virtual conference room to discuss the matter further.