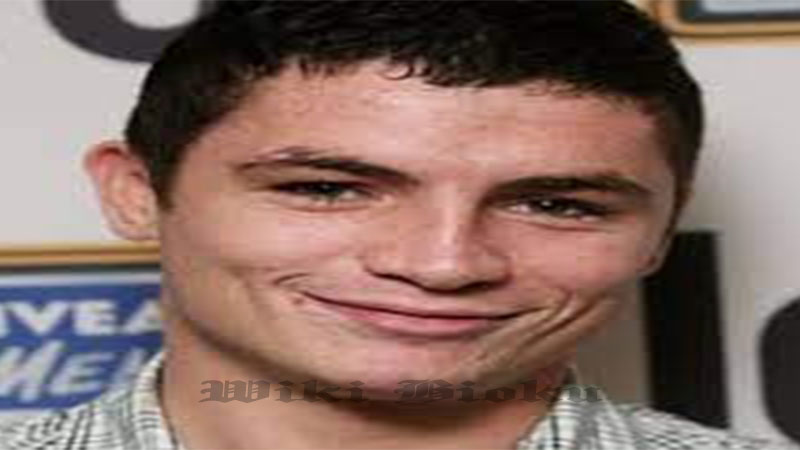 Jody Latham is an English actor, best known for his roles as Lip Gallagher in the British Channel 4 comedy drama series Shameless, Calum McKenzie in the ITV series The Fixer and Rob Grayson in the BBC soap opera EastEnders. He has also had notable short-term guest roles in the school-based drama series Waterloo Road and the medical drama Holby City.

He shot to fame as Philip ‘Lip’ Gallagher in Shameless.

Latham attended Walton High School in Nelson but was expelled. Latham has a son, Jack, who was born in Latham’s late teens. Jack’s mother is his ex-girlfriend, Sarah. He used to attend Burnley Youth Theatre, where his acting career started. He currently resides in Middleton, Greater Manchester.

In 1998, Latham made his television debut in an episode of The Cops as Grant, and went on to appear, in 2000, as Nelson Catchpole in the series Big Meg, Little Meg. He played Lee, one of the key characters in When I Was 12 in 2001. Latham has appeared in five BAFTA winning dramas: Clocking Off, The Cops, The Street, Shameless and EastEnders.

Latham played a leading role in the BBC drama Mr Harvey Lights a Candle, which was shown in March 2005. He also appeared in an episode of The Street, written by Jimmy McGovern, in April 2006.

Latham worked regularly in television before being cast as Lip Gallagher in Shameless, the second eldest of the Gallagher children. Lip is an intelligent and outspoken youth who is trying to escape from the Chatsworth estate in Stretford. He was 24 when he left the show. He took on other work between series, until he was written out of the show in 2008 to allow him to concentrate on other projects. He later returned to the role for the series finale in early 2013.

In 2006 Latham filmed a short film, A Neutral Corner, about a young boxer arriving in a desolate town where he meets a dog, a stranger and a mysterious waitress. In 2007 he appeared in Ruby Blue with Bob Hoskins—Latham’s first film role.

Since leaving Shameless, he has starred in ITV1’s The Fixer, playing the cheeky scally character Calum, and played a part in the music video Moonshine & Roses by International One. He also appeared in Tulisa’s 2012 music video for song “Sight of You”.

Latham has also turned presenter – hosting the NME Awards aftershow party interviewing award winners. He also been the face and voice of numerous brands including Clearasil, Orange Mobile, Gio Goi and many more, including the BBC flagship station Radio 1.

He appears in the films Act of Grace (which he is also associate producer) and The Michael Gomez Story (2007). In the latter he plays Michael Gomez, an Irish Traveller who turned professional boxer at 17.

Yet life has taken a very big turn for Jody Latham as he has revealed he is now the proud owner of a cometics empire, Epitique UK, worth an incredible £18million.

The actor, 38, spoke to MailOnline about his success and detailed how a chance exchange with an extra on the show – which ran from 2005 to 2013 – about Botox led to his wildly successful foray into the cosmetic enhancement industry.

Jody shot to fame on the Channel 4 hit show set on the fictional Chatsworth housing estate in Manchester as the lovable Lip.

He went on to have roles as Calum McKenzie in the ITV series The Fixer and Rob Grayson in the BBC soap opera EastEnders, however his fortunes lay elsewhere.

As well as his professional work, Jody was also in a high-profile romance with Tulisa and had various brushes with the law since being propelled to fame.

He told MailOnline: ‘I became friends with an extra. Years later I saw she was giving Botox and I said, ‘Jab me up’. I felt so good. I thought, ‘There’s got to be an in into this industry’. I wanted to make people feel this good.”

‘I live in two-bed flat and drive a modest car. I’m pumping everything back into the company. It’s valued at £18million. We’ll see where we are in a couple of years.

“I’ve had money before but not in my hands long enough. After series one of Shameless, I went with my first wage of £21,000 and bought an Audi convertible. I didn’t even think of rent or food.”

He promises the business does not spell the end of his acting career, as he said: ‘I had a fantastic career and hope there’s more to come.”

On the reaction from his Shameless peers, he said: ‘Back in the day it was only for the rich and famous. Now people from the Chatsworth [Estate, where Shameless is set] could well be getting it. Lip might get some filler or Botox… if he got it for free.”

He now shares glimpses of his glamorous life on social media, including snaps of his swanky Audi and envy-inducing Rolex watch.