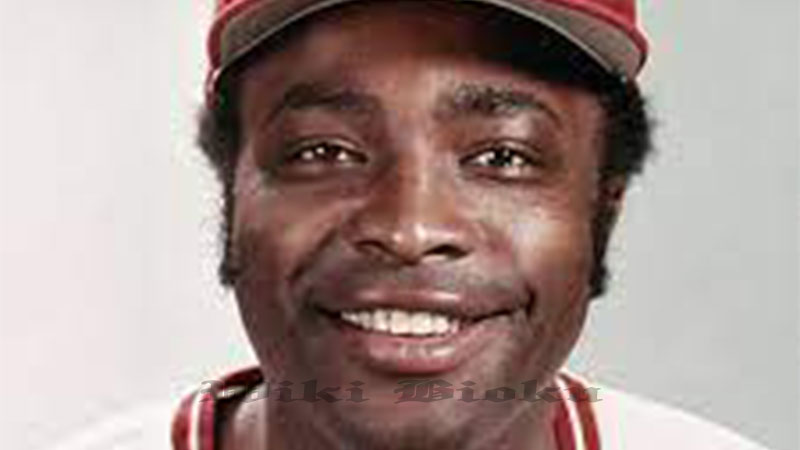 Joe Morgan was an American professional baseball second baseman who played Major League Baseball (MLB) for the Houston Astros, Cincinnati Reds, San Francisco Giants, Philadelphia Phillies, and Oakland Athletics from 1963 to 1984. He won two World Series championships with the Reds in 1975 and 1976 and was also named the National League Most Valuable Player (MVP) in each of those years. Considered one of the greatest second basemen of all-time, Morgan was inducted into the Baseball Hall of Fame in 1990.

After retiring as an active player, Morgan became a baseball broadcaster for the Reds, Giants, and ESPN, as well as a stint in the mid-to-late ’90’s on NBC’s post-season telecasts, teamed with Bob Costas and Bob Uecker. He hosted a weekly nationally syndicated radio show on Sports USA, while serving as a special advisor to the Reds.

Joe Morgan has died at the age of 77-years-old.

Morgan was a two-time National League Most Valuable Player, a 10-time All-Star and a five-time Gold Glove Award winner. He is widely regarded as one of the best second basemen in baseball history, and he gained renown for his 25-plus years as a broadcaster after his playing career.

“Major League Baseball is deeply saddened by the death of Joe Morgan, one of the best five-tool players our game has ever known and a symbol of all-around excellence,” MLB commissioner Rob Manfred said in a statement. “Joe often reminded baseball fans that the player smallest in stature on the field could be the most impactful.”

Morgan spent the majority of his 22-year career with the Reds and the Houston Astros franchise. Along with Pete Rose and fellow Hall of Famers Johnny Bench and Tony Perez, Morgan helped the Reds win back-to-back World Series championships in 1975 and 1976. Cincinnati also reached the World Series in 1972, Morgan’s first year with the Reds.

“Joe Morgan was quite simply the best baseball player I played against or saw,” Bench texted to The Associated Press.

“He meant a lot to us, a lot to me, a lot to baseball, a lot to African Americans around the country. A lot to players that were considered undersized,” said Astros manager Dusty Baker, a longtime friend and National League rival. “He was one of the first examples of speed and power for a guy they said was too small to play.”

Morgan first played in the majors in 1963, when the Astros were the Houston Colt .45s. He was traded to Cincinnati in November 1971 as part of an eight-player deal. He played the next eight years with the Reds.

“The Reds family is heartbroken. Joe was a giant in the game and was adored by the fans in this city,” CEO Bob Castellini said in a statement. “He had a lifelong loyalty and dedication to this organization that extended to our current team and front office staff. As a cornerstone on one of the greatest teams in baseball history, his contributions to this franchise will live forever. Our hearts ache for his Big Red Machine teammates.”

Morgan spent the 1980 season with Houston, helping the Astros to an NL West title. He played two years with San Francisco — hitting a home run on the final day of the 1982 season against the rival Dodgers to knock the defending champions out of the playoffs — and later was reunited with Rose and Perez in Philadelphia.

Morgan hit two home runs in the 1983 World Series, in which the Phillies lost in five games to Baltimore, and he tripled in his final at-bat.

Morgan finished as a career .182 hitter in 50 postseason games. He played in 11 series and batted over .273 in just one of them, a stat that surprises many, considering his big-game reputation.

Raised in Oakland, California, Morgan returned to the Bay Area and played the 1984 season for the Athletics before retiring at the age of 41. He set the NL record for games played at second base and ranked among the career leaders in walks.

He was inducted into the National Baseball Hall of Fame in 1990. The Reds inducted him into their hall of fame and retired his number (8).

“He did it all, and he did it all the time,” said Bench, the first member of the Big Red Machine to enter the Hall. “Great father and outstanding businessman. He was a friend to so many and respected by all.”

Morgan started his broadcasting career in 1985 and worked at ESPN from 1990 to 2010, serving as a member of the network’s lead baseball broadcast team. Morgan parted ways with ESPN after the 2010 season, when he returned to the Reds in the role of special adviser to baseball operations.

He also was board vice chairman of baseball’s Hall of Fame and on the board of the Baseball Assistance Team.

“Joe was a close friend and an advisor to me, and I welcomed his perspective on numerous issues in recent years,” Manfred said. “He was a true gentleman who cared about our game and the values for which it stands.”

Morgan is survived by his wife of 30 years, Theresa; their twin daughters, Kelly and Ashley; and daughters Lisa and Angela from his marriage to Gloria Morgan. Funeral details were not yet set.

Morgan struggled with various health issues in recent years, including a nerve condition, a form of polyneuropathy.

The Reds are heartbroken to learn of the passing of baseball legend Joe Morgan. pic.twitter.com/zBoQ2gHZys

Morgan is among several Hall of Famers who have died this year, including Whitey Ford, Bob Gibson, Lou Brock, Tom Seaver and Al Kaline.