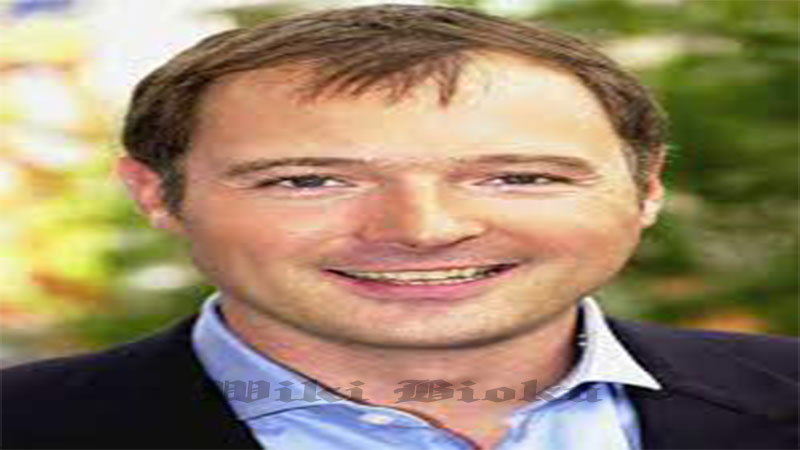 John Leslie is a Scottish television and radio presenter. Debuting on the Music Box channel in 1987, he later presented BBC One’s Blue Peter, and ITV’s This Morning and the gameshow Wheel of Fortune. He was also the studio host for the first series of the UK version of Survivor.

He attended Liberton High School and James Gillespie’s High School. He spent his early years in the church choir, studied music on leaving school, and worked as a DJ in Copenhagen. His first television work was on Yorkshire Television, when he hosted Music Box’s all-night music show, Formula One, in 1989. Prior to his television career he worked as a DJ in nightclubs in Edinburgh and Newcastle, becoming resident at the Blu Bambu club.

Leslie is also known for his affinity for football. He played in goal for the Scottish team in the Celebrity World Cup Soccer Six tournament, which took place on 14 May 2006 at St Andrew’s, the home of Birmingham City. He is a supporter of Hibernian.

John Leslie Stott was born in Edinburgh, the brother of Grant Stott.

On 20 April 1989, Leslie became Blue Peter’s first Scottish presenter, and also the tallest at 1.93 m (6′ 4″). He was the second Blue Peter presenter to take part in the London Marathon, following Peter Duncan. He finished in four hours, thirty-six minutes.

On his last show he was set John’s Final Challenge which involved abseiling down BBC Television Centre, completing a velcro and wheelbarrow obstacle course, then trampolining and conducting an orchestra in the studio. Leslie presented Blue Peter with Caron Keating, Yvette Fielding, Diane-Louise Jordan, Anthea Turner and Tim Vincent.
Leslie succeeded Bradley Walsh as the main presenter of the British version of Wheel of Fortune. He was succeeded in 2001 by Paul Hendy. That year, he turned up on Lily Savage’s Blankety Blank.

From series 11 in 1999 Leslie, alongside Fern Britton, was a regular presenter of the Friday edition.[citation needed] When Richard Madeley and Judy Finnigan departed the show in 2001, they were replaced by Coleen Nolan and Twiggy, with Britton and Leslie remaining on Fridays. However, Nolan and Twiggy proved less popular with viewers, so Britton and Leslie took on the full job of presenting the show, bringing the ratings back up to around one million. In 2002, after allegations of sexual offences were made in the press against Leslie, he was dismissed from the programme and replaced by Phillip Schofield from Mondays to Thursdays and by Eamonn Holmes on Fridays (with Ruth Langsford).
In December 2003, Leslie appeared in the music video for the Christmas single “Proper Crimbo”, released by Bo’ Selecta! creator Leigh Francis, alongside Matthew Wright in a spoof of their presumed rivalry.

In November 2012, John Leslie began to present Friday’s Drivetime show on 98.8 Castle FM, hoping to revive his career as a radio DJ. In March 2013, Leslie was among the Castle FM presenters who walked out in a disagreement with their management, only to be locked out when they tried to return. By the end of the year, the radio station had become automated, with no presenters.

On 28 March 2014, it was announced that Leslie would begin presenting his own Saturday (10:00 to 14:00) radio show across the Scottish Bauer Radio AM network, debuting the following day.

Leslie had a widely publicised relationship with nurse Abi Titmuss, who became a star in her own right when a video Leslie filmed of her having sex with another woman was leaked.

John Leslie wept today after he was cleared of groping a woman at a party in 2008.

The former Blue Peter presenter was accused of grabbing a woman’s breasts at a celebrity Christmas party but said the incident never happened.

The 55-year-old walked free from Southwark Crown Court today after a jury of nine men and three women found him not guilty of sexual assault following just 23 minutes deliberation.

An emotional Leslie banged his forehead on the glass of the dock before putting his hand over his face and weeping.

His father, Les, sat in the public gallery and burst into tears at the verdict before pumping his fists in celebration.

The court had previously heard a woman claimed, out of nowhere, the ‘over-excited’ presenter who ‘didn’t get out much’ grabbed her breasts and gave a ‘hearty laugh’ when she introduced himself to him.

Witnesses in the West End bar testified they were told about the alleged incident 12 years ago, but did not see it.

Leslie, however, said he was ‘paranoid’ after being previously falsely named by Matthew Wright as Ulrika Jonsson’s TV presenter rapist that she discussed in her autobiography and ‘it was not in his nature’ to touch a woman inappropriately.

Famous faces Fern Britton, Anthea Turner, Yvette Fielding and Diane-Louise Jordan, from his time presenting This Morning and Blue Peter, all gave character statements to support their friend, calling him a ‘gentleman’.

Gudrun Young, defending, today told the court that Leslie had been the victim of ‘trial by media’ and that the alleged victim’s account was riddled with inconsistencies.

Addressing the jury, she said: ‘If you knew anything about him I would suggest the two things you would have talked about are Blue Peter and sexual impropriety of some sort since 2002.

‘Yet he is, and remains, a man of good character. No convictions, no cautions. It has never been established that he has done anything wrong to anybody.

She branded his treatment a ‘media witch hunt.’

She added: ‘His career ruined, his life blighted by completely unfounded allegations. He has been made to look, in the tabloid press, like some sort of monster. All without a single shred of evidence.

‘This time at least its being tried in a court of law. Rather than just a lot of people opening the front of the Mirror or the Sun or Daily Mail.’

‘She was changing, adapting, massaging her evidence to account for the bizarre fact that she says that this man went up in full view of others to commit this brazen sexual assault but no-one seems to have seen it.’

She pleaded with the jury to return a not guilty verdict and added: ‘Its just not credible.’

‘It just didn’t happen. He knows he’s done nothing and he has nothing to hide.

‘There are two John Leslies. The John Leslie that’s been portrayed as a sex pest in the press.

Speaking about the night in December 2008 at an earlier hearing, Leslie said: ‘I don’t recall that particular party but I do remember talking to Jade Goody at length.

‘She was very ill. I know she was rather upset about how the tabloids had been treating her.

‘I think it was that year because I know she died not long after that.’

He added: ‘I have no idea who [the alleged victim] is. There was no reason to speak to her or meet her.

‘The idea I would do that is just crazy, especially the way I was and everything that had been going on.

‘I was paranoid [after previous allegations]. I was aware, conscious. To go up to a total stranger and just do that would be ludicrous and never would have happened. I can’t imagine why she thought it would’ve happened.

‘I would’ve said hello, but not touched her and walked off. It’s not me. It never would have happened.’

‘You wouldn’t let it happen. It’s not allowed. It’s not something people would condone or allow.