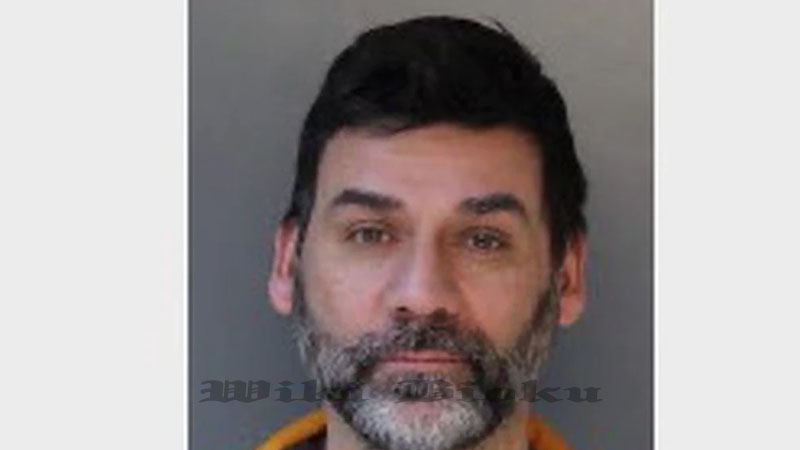 John Sipos was taken into custody Saturday in Schnecksville, Pennsylvania, on suspicion of murdering 24-year-old Mary Scott, who was found slain at her home in the 4000 block of 39th Street on Nov. 20, 1969, according to Lt. Matt Dobbs.

A suspect in the strangulation death of a City Heights woman a half-century ago was behind bars Tuesday following his out-of- state arrest last weekend, San Diego police reported.

John Sipos, 75, was taken into custody Saturday in Schnecksville, Pennsylvania, on suspicion of murdering 24-year-old Mary Scott, who was found slain at her home in the 4000 block of 39th Street on Nov. 20, 1969, according to Lt. Matt Dobbs.

“The investigators exhausted all leads at the time, and the case eventually went cold,” he said.

Recently, cold-case investigators identified Sipos as Scott’s alleged killer via forensic genealogy, said Dobbs, who declined to disclose further information about the circumstances of the homicide.

Authorities in Lehigh County have arrested a 75-year-old man in connection to a homicide cold case in California.

State police confirmed an alleged fugitive was taken into custody Saturday afternoon in the Schnecksville section of North Whitehall Township, in the 5200 block of Cobbler Road.

A state police spokesman said the person was arrested on a homicide warrant out of San Diego County.

A search of Lehigh County property records online lists John J. Sipos as the co-owner of a home in the 5200 block of Cobbler Road in Schnecksville.

Who Was Mary Scott

Mary Scott was working as a dancer, nicknamed Lucky, at a local club when she was found murdered in her San Diego apartment. “It is nice to be able to speak for her after all this time,” her sister Rosalie Sanz said. “The big headline was ‘Go-go girl found dead.’

In the mid-1960s, Scott married at 17 and had two girls. Within a few years, she had separated from her husband, a Navy sailor from Louisiana.

The San Diego native worked as a cocktail waitress and later as a go-go dancer at Star and Garter, a club three blocks from her bottom-floor apartment on 39th Street near University Avenue. Finding child care was difficult, so she eventually left her young girls with her husband’s family.

Scott’s youngest daughter, Donna M. Wyble, is now 55. She has one memory of her mother: being in a small bed in the apartment and seeing a cardboard fireplace, presents and a Christmas tree.

Wyble’s older sister, Christine, died in 1993 in a car crash. She was 25 and the mother of two boys.

Wyble said news of an arrest in her mother’s killing left her “totally in shock.”

“It’s unreal, because it’s so many years that we wanted this solved,” said Wyble, who still lives in Louisiana. “I wish my sister was here to see it.”

Scott was the oldest of six siblings. Sanz was the baby of the family — Scott always called her “Pumpkin” — and is the only surviving sibling. Their parents have died.

“Everyone loved her,” Sanz said of her slain sister. “She was very sweet and big-hearted and kind of naïve for the world she was living in.”

Sanz said she had been reading stories about how DNA and genealogy could help catch killers, and around the 50th anniversary of her sister’s death, she reached out to a friend in law enforcement to help get her sister’s folder to the top of the cold-case pile.

“It’s good for families not to give up,” Sanz said.

On Nov. 20, 1969, Mary Scott, who co-workers nicknamed “Lucky,” was found strangled to death in her ground-floor apartment in San Diego’s City Heights neighborhood.

Mary, a single mom of two daughters who went to live with her husband’s family after the couple separated, worked at Star and Garter, a go-go club blocks from her apartment. When she failed to show up for work on Nov. 20, 1969, a friend went to her apartment looking for her.

The friend arrived to find the door kicked in and Mary’s nude body on the floor. Mary had been brutally raped before being strangled to death.

She only saw good in people,” Sanz told the station.

At the time of the killing, Sipos was based in San Diego, where he was serving in the U.S. Navy. Police have not said if he was ever a suspect in the killing, and have yet to establish how the alleged killer may have been connected to the victim.