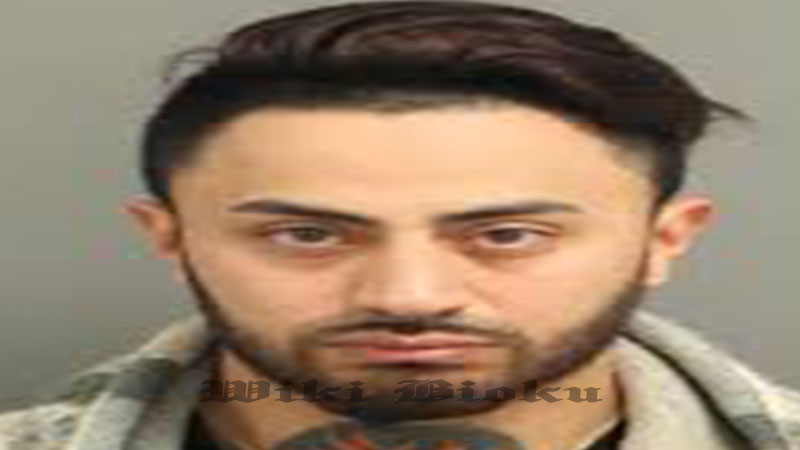 Jose Carlos Jacome-Granizo Charged with first-degree murder for the death of his girlfriend, Montgomery, More than a week ago. Police in North Carolina said they found the body of a 26-year-old woman who had been missing since the end of November, WTVD reported.

More than a week ago, officers charged 29-year-old Jose Carlos Jacome-Granizo with first-degree murder for the death of his girlfriend, Montgomery.

Officials said Montgomery’s family called police the day after Thanksgiving because they were concerned that they had not heard from her in a couple of days.

On Thanksgiving, Montgomery had texted a friend and said she and Jacome-Granizo were not getting along.

“She was going to kill Jose before he killed her,” one of the texts read.

Police arrested Jacome-Granizo on Dec. 10 at his Raleigh apartment.

Police began investigating Nov. 27, and would go on to charge her boyfriend, Jose Carlos Jacome-Granizo, 29, of Sumter Heights Court in Raleigh with first-degree murder. It’s a crime for which he could face the death penalty or life in prison if convicted.

According to search warrants, Jacome-Granizo picked up Montgomery on the night of Nov. 25, The N&O previously reported. The next day, Montgomery texted a friend that she and her boyfriend were not getting along, warrants said. According to warrants, one text message said that “She was going to kill Jose before he killed her.”

Later that night, warrants said, Montgomery sent another text which said, “It is going to happen he is going to kill me first.”

Her mother told police Jacome-Granizo had a history of physical violence against Montgomery and that she had picked her up in September after he had beaten her up, warrants said.

Apex police questioned Jacome-Granizo on Nov. 28, and he said he had taken Montgomery to Thanksgiving dinner at his mother’s house in Cary but she refused to go inside because she hadn’t done her hair, warrants said. When he came back outside after 30 minutes, she was gone.

Warrants said GPS reports showed both of their phones were together after being at his mother’s house, first on U.S. 540 and then on U.S. 64. After showing up near her house in Cary, warrants said, Montgomery’s phone shut off near WakeMed in Cary.

“This disproves Jose’s story that he was not with Emily when she left his parents’ home,” the warrant said.

Because he made those statements, police searched his Jeep Wrangler and found large amounts of blood in the front seat, warrants said.

Jacome-Granizo is being held without bond in the Wake County jail.