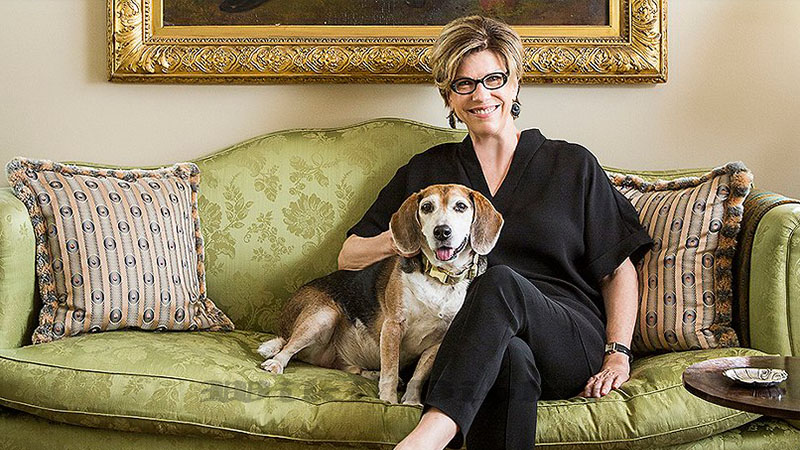 Julia Reed Longtime author, columnist, and the speaker has died.

Reed served as a contributing editor for “Garden & Gun” magazine for over a decade. In an announcement on her death, the publication described her as “a cornerstone” of the magazine.
“Garden & Gun” focuses on Southern food, people’s culture, art, and literature.

Reed started as contributing editor for “Garden & Gun” in 2008, where she “crafted some of the magazine’s most popular stories, in her The High and Low column,” the magazine said.
She was born on September 11, 1960, in Greenville, Mississippi.

She was a former chair of the board of the Ogden Museum of Art in New Orleans and served on the boards of the Eudora Welty Foundation, the James Beard Foundation, and the Link Stryjewski Foundation.

Julia Evans Reed was the daughter of Judy (Brooks) and Clarke Reed, Sr. Her mother was a native of Nashville, the child of a prominent Belle Meade family; her father, a businessman and leader of the Mississippi Republican Party who played a role in the years of Richard Nixon, Gerald Ford, Ronald Reagan, George H.W. Bush, and George W. Bush.

Julia Reed has died at the age of 59 years.

During her career, she was “a longtime editor and writer for Vogue magazine, she also contributed to the New York Times, Newsweek, Conde Nast Traveler, the Wall Street Journal, U.S. News & World Report, and Elle Décor,” according to an article by historian Jon Meacham.

Her books included Julia Reed’s New Orleans: Food, Fun, and Field Trips for Letting the Good Times Roll(2019); South Toward Home: Adventures and Misadventures in My Native Land (2018); Julia Reed’s South: Spirited Entertaining and High-Style Fun All Year Long (2016); But Mama Always Put Vodka in Her Sangria: Adventures in Eating, Drinking and Making Merry (2014); The House on First Street: My New Orleans Story (2008); Ham Biscuits, Hostess Gowns, and Other Southern Specialties: An Entertaining Life (2009); and The Queen of the Turtle Derby and Other Southern Phenomena (2005).

Longtime author, columnist, and speaker Julia Reed has died after a battle with cancer. She was 59.

Reed served as a contributing editor for “Garden & Gun” magazine for over a decade. In an announcement on her death, the publication described her as “a cornerstone” of the magazine.
“Garden & Gun” focuses on Southern food, people’s culture, art, and literature.
“On Friday, August 28, our friend and colleague passed away from cancer, a loss that will be felt in our offices, around the South, and beyond, by the many readers and friends she made in her work and travels and adventures,” the magazine’s editors wrote.

She leaves behind a “wealth of words that we were honored to run,” the magazine said.

More about this author
Author 730 Posts