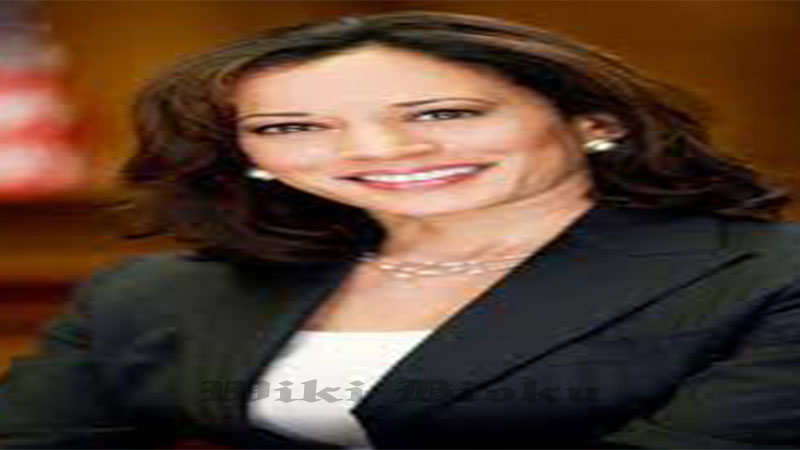 Kamala Harris was born on October 20, 1964, in Oakland, California. Her mother, Shyamala Gopalan, was a breast cancer scientist who had emigrated from Tamil Nadu, India, in 1960 to pursue a doctorate in endocrinology at UC Berkeley. Her father, Donald J. Harris, is a Stanford University emeritus professor of economics, who emigrated from British Jamaica in 1961 for graduate study in economics at UC Berkeley. Her mother’s family is of Brahmin lineage. Harris was raised in Berkeley, California, with her younger sister, Maya Harris.

Harris’s childhood home in West Berkeley Harris was bused to Thousand Oaks School. For most of her childhood, Harris’ family lived in a duplex in West Berkeley, an area with a significant Black population. When she began kindergarten, she was bused as part of school desegregation efforts to Thousand Oaks School, a public primary school in a more prosperous neighborhood in northern Berkeley. The school bus drove her to a school which, two years prior, had been 95 percent white. By 1969, 40 percent of the students were Black.

She grew up going to both a Black Baptist church and a Hindu temple, while she and her sister visited their mother’s family in Madras (now Chennai), India, on occasion. She understands a small amount of Tamil, according to her memoir.

Her parents divorced when she was seven; she has said that when she and her sister visited their father in Palo Alto on weekends, neighbors’ kids were not allowed to play with them because they were black. When she was 12, Harris and her sister moved with their mother to Montreal, Canada, where their mother had accepted a research position at Jewish General Hospital and teaching at McGill University. Harris attended Westmount High School in Westmount, Quebec, graduating in 1981.

After high school, Harris went to Howard University, a historically black university in Washington, D.C. While at Howard, she interned as a mailroom clerk for California senator Alan Cranston, chaired the economics society, led the debate team and joined Alpha Kappa Alpha sorority. Harris graduated from Howard in 1986 with a double-major Bachelor of Arts degree in political science and economics.

Harris then returned to California to attend law school at the University of California, Hastings College of the Law through its Legal Education Opportunity Program for students from adverse backgrounds. While at UC Hastings, she served as president of its chapter of the Black Law Students Association. She graduated with a Juris Doctor in 1989 and was admitted to the California Bar in June 1990.

Kamala Harris born October 20, 1964) is an American politician and lawyer who has served as the junior United States senator from California since 2017. She is the presumptive Democratic vice presidential nominee in the 2020 election.

She defeated Loretta Sanchez in the 2016 Senate election to become California’s third female senator as well as the second African-American woman, and the first South Asian American, to serve in the United States Senate. As a senator, she has supported healthcare reform, federal descheduling of cannabis, a path to citizenship for undocumented immigrants, the DREAM Act, a ban on assault weapons, and progressive tax reform. She gained a national profile for her pointed questioning of Trump administration officials during Senate hearings.

As the new vice presidential choice for Democratic presidential candidate Joe Biden, all aspects of Kamala Harris’s biography have generated interest to people.

That includes her dating history and relationships. Is Harris married? The answer to that is yes; she is married to Douglas Emhoff. They met in 2013 and were married the following year.

Emhoff, Kamala Harris’s husband, is an entertainment attorney. He’s a partner with the firm DL Piper. His firm bio reads:

Douglas Emhoff is a highly experienced litigator and strategic advisor. Doug is known for tackling and resolving the toughest problems – whether by aggressively litigating high-stakes cases in the public glare or acting as a trusted advisor behind the scenes. For over 25 years, Doug has proven himself in courtrooms and boardrooms across California and around the country. He represents large domestic and international corporations and some of today’s highest-profile individuals and influencers in complex business, real estate, and intellectual property litigation disputes. Doug’s influence and achievements as an insider across many spectrums have made him one of California’s go-to lawyers for several decades.

He is based in California but also licensed to practice in Washington D.C., the bio says, reading, “Doug maintains a strong presence in both Southern and Northern California and is also licensed to practice in Washington, DC. Along with an active public life, he is passionately involved in numerous community, civic, and charitable activities that include legal aid, human rights, social justice, and the well-being of children.”

They frequently post on social media about each other.

The pair met on a blind date in 2013 when she was California’s Attorney General, according to Newsweek, which reported that Emhoff’s two children from his previous marriage call Harris “Momala.”

Brown wrote a column in the San Francisco Chronicle urging Harris to decline the VP slot. He wrote:

If Joe Biden offers the vice presidential slot to Sen. Kamala Harris, my advice to her would be to politely decline.

Harris is a tested and proven campaigner who will work her backside off to get Biden elected. That said, the vice presidency is not the job she should go for — asking to be considered as attorney general in a Biden administration would be more like it.

.
1995 and Willie Brown on a date with Kamala Harris: pic.twitter.com/riBPvqTFDD

Now 86, Brown’s argument, made before Harris accepted the position, was that “the glory would be short-lived. Historically, the vice presidency has often ended up being a dead end. For every George H.W. Bush, who ascended from the job to the presidency, there’s an Al Gore, who never got there.” After she agreed to the nomination, Brown changed his mind and declared himself pleased by it, according to SFGate.

According to The New York Post, Harris, 55, dated Brown until 1996 and his election as San Francisco mayor. He previously published an op-ed about their relationship, headlined, “Willie Brown: Sure, I dated Kamala Harris. So what?” and saying he had supported her career but “had also helped scores of other politicians over the years,” the Post reported, adding that he wrote, “The difference is that Harris is the only one who, after I helped her, sent word that I would be indicted if I ‘so much as jaywalked’ while she was D.A.”

You can read that op-ed here in full. In it, he wrote, “Yes, we dated. It was more than 20 years ago. Yes, I may have influenced her career by appointing her to two-state commissions when I was Assembly speaker.”

According to USA Today, Brown gave Harris a BMW and appointed her “to the California Unemployment Insurance Appeals Board and then to the Medical Assistance Commission – positions that paid her more than $400,000 over five years.” He said in his column that he had helped the careers of other politicians too.

In 2003, San Francisco Weekly wrote an article that probed the relationship when she was running for District Attorney. That article called Brown “Harris’ spurned ex-lover and unsolicited political backer.” The article noted that Harris chafed at having to even talk about the Brown relationship, saying, “I refuse to design my campaign around criticizing Willie Brown for the sake of appearing to be independent when I have no doubt that I am independent of him — and that he would probably right now express some fright about the fact that he cannot control me. His career is over; I will be alive and kicking for the next 40 years. I do not owe him a thing.” She called their relationship an “albatross” around her neck.

SF Weekly described the relationship thusly: “Harris met Brown in 1994 when he was speaker of the state Assembly. She was 29, he was 60. Their May/December affair was the talk of the town during the year before Brown’s successful 1995 bid to become mayor. But shortly after he was inaugurated, Harris dumped Brown, a notorious womanizer.”

According to LA Mag, over the years, Harris’s critics have accused her of benefiting “professionally from the personal relationship.” They met in 1994 when she was an assistant prosecutor, the magazine reported, adding that he had been estranged from his wife since 1981. In the race for District Attorney, Brown supported her, but opponents raised the issue.

Harris also dated talk show host Montel Williams. According to Inside Edition, the pair was photographed on the red carpet with Williams’ daughter in 2001 when they attended the Eighth Annual Race to Erase MS in Los Angeles.

He wrote on Twitter, “Kamala Harris and I briefly dated about 20 years ago when we were both single. So what? I have great respect for Sen. Harris.”