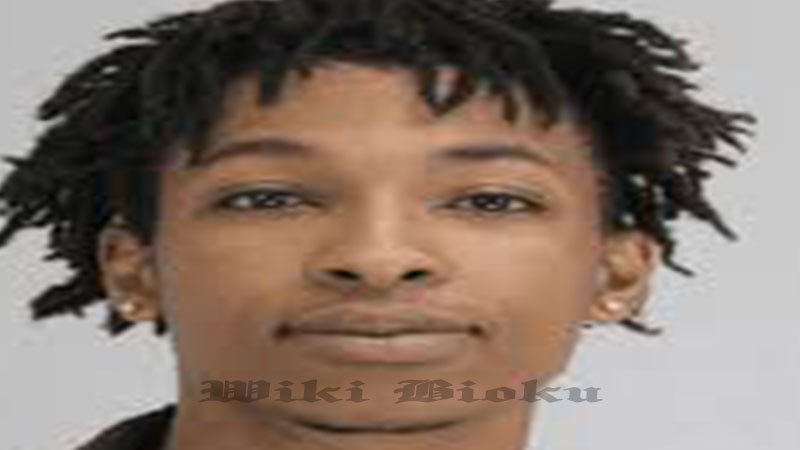 Kamron Mori is the brother of Cash Gernon, In the aftermath of Texas toddler Cash Gernon’s brutal murder, an 18-year-old boy who lived in the same home as him and called himself “his brother”, has opened up about going to school with Darryinn Brown, the suspected murderer. Brown has been charged with kidnapping and burglary after being identified allegedly from a baby monitor footage that caught him snatching the boy from his cot at 5 am on May 15. The boy’s body was found less than two hours later, eight blocks away from his home, lying in a pool of blood in the middle of the street.

The teenage boy is Sharrod’s son and considered the deceased toddler his younger brother. Speaking to Fox News, Mori, who lives with his mother and other siblings in the same home Cash was abducted from, said the slain four-year-old was “the sweetest little boy. He loved everybody, the biggest smile ever. He loved to play superheroes with us and all that.”

Mori reportedly attended Duncanville High School in the Dallas-Fort Worth area – the same school suspect Brown went to. Both Mori and Brown’s homes are located within half a mile from where Cash’s body was found. Recalling the last time he saw Brown, which was just days prior to the murder, Mori told the outlet they had a brief exchange. “Just like, ‘Hey,’ you know, ‘How is y’all doing,’ you know? And that was it,” he shared.

Mori also broke down outside the house, as he said, “There’s no reason for this. What he did was wrong and I don’t know what made him think that this is alright and this is OK. This is a 4-year-old kid, bruh, like for what? Like, why? He was 4, you know. Who does this to a 4-year-old kid?” Mori also told KXAS-TV in an on-camera interview outside the home. “For what? For no reason, just because you want to be evil?”

Cash was living at a house on the 7500 block of Saddleridge Road in Mountain Creek, under the care of his father’s ex-girlfriend Monica Sharrod, who identified Brown as the kidnapper from the footage. Cash’s father has been absent since March and had left him and his twin brother Carter with Sharrod, where they have been living ever since.

Cash’s mother Melinda Seagroves allegedly had no idea the twins were living with Sharrod and has been looking for them for a while. Carter has since been reunited with his mother, but Kamron Mori, who lived in the same house, broke down as he recalled the “sweetest little boy” who was killed for “no reason.”

Mori Went to School With the Suspect

Though Cash wasn’t Mori’s biological brother, the teenager told Fox, “That was my brother. I don’t care if nobody told me he wasn’t. He was.” Mori’s mother had allegedly broken up with Cash’s father just months ago, who had then left his twin sons with her. Mori was present in the home when Cash was taken, and he recalled being asleep at the time. In video footage obtained exclusively by Daily Mail, Brown can be seen breaking into the house and taking Cash from his cot, before later returning to take Carter, but ultimately getting spooked and bolting. “It shows him coming in, took him while he was asleep. While he is asleep,” Mori said about the video, crying how “he carried him out of my house while he is asleep.”

The family knew Brown as Mori’s friend, but it’s unclear how close they were. Mori wasn’t able to cite a reason behind the crime either, as he told the outlet, “Random. Yes. Random out of nowhere, for no reason. There’s not a reason for none of this. It’s not from revenge. Not from hate. Not from none of that. Nothing. To get back at us? Nothing.” Hoping for more answers, the heartbroken brother said, “Why couldn’t he do it to me? I rather me than him. Do you know what I’m saying? Like, I’m older, so you could have taken me out. He was the sweetest boy ever.”

Brown is currently being detained with bail set at $1.5 million. Additional charges are expected to be slammed against him once full forensic results arrive. Brown’s mother Mimi Brown told Dallas News she suspects her son was being “framed” as she vouches for him being home all weekend. “I know my son is traumatized. I know he’s scared because I’m scared,” Mimi told Dallas News, adding how her son is a patient of Metrocare Services that provides mental health care to children and adults.

“Darriynn is very kind,” she also added, mentioning how Brown helps take care of his several young cousins at home.