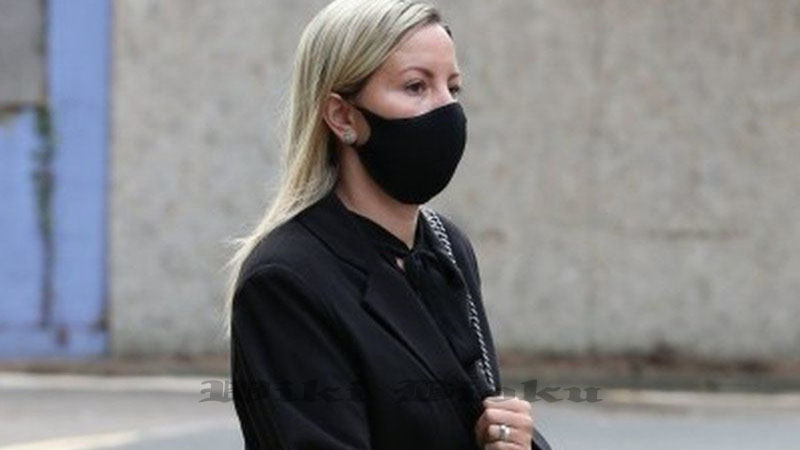 Kandice Barber is a married teacher who groomed a 15-year-old boy through Snapchat and had sex with him has been sentenced to six years and two months in prison. Barber, of Wendover, Buckinghamshire, had been found guilty of causing or inciting a child to engage in sexual activity. She was found not guilty of two further counts of the same offense at a trial in January. Recorder Bal Dhaliwal said Barber was “beyond despicable”.

Kandice Barber has three children, Barber’s husband, meanwhile, had backed his wife in court, telling jurors their marriage was as “strong” as ever. But an ex-boyfriend of Barber’s said he had to end their relationship due to her insatiable sex drive, the Scottish Sun reported.

A married UK teacher convicted of having sex with her 15-year-old student has been sentenced to more than six years in prison. Kandice Barber, 35, of Wendover, Buckinghamshire, was sentenced to six years and two months in prison Friday at Aylesbury Crown Court, the Scottish Sun reported.

She was busted in March 2020, four months after the principal at Princes Risborough School saw an explicit photo of her being shared at secondary school about 40 miles northwest of London. Jurors during Barber’s trial heard testimony that she started messaging the teen in 2018 after taking his phone number at a school sports day event. The pair’s messages quickly turned “sexual” and Barber sent the boy topless photos of her herself on Snapchat. She later picked up the 15-year-old to have sex with him in a secluded field.

Barber also sent the boy lewd text messages — including some as she taught him in class. “You cannot make me blush when I am teaching now, poker face,” one message read. A classmate of the teen said he also saw a message from Barber that read: “Do you prefer boobs or bum?” The teen student also shared with a friend a shower selfie sent to him by Barber, as well as another photo of her bending over a bed.

Prosecutor David Povall summarised a statement from the victim, who said he faced stress and anxiety as a result of the incidents and going through two trials.

He continued: “He was at school and it was through his presence at school that he came into contact with this defendant, who was working there in a position of trust.

“He feels that his GCSE results were not as good as they should have been, in part as a result of the impact of these incidents on him.

“As a result of his poorer-than-expected GCSE results he had to leave the good school he was attending and go to a sixth-form college where none of his friends were.

“In summary, he says that the defendant … who was supposed to help students make the right decisions instead helped him to make all the wrong decisions.”

This was Barber’s second trial after she was convicted in September of sending the boy topless pictures of herself on Snapchat between September and October 2018 but acquitted of causing or inciting a child to engage in sexual activity while in a position of trust.

The supply teacher, of Wendover, Bucks, was found guilty of one count of causing or inciting a child under 16 to engage in sexual activity. She was found not guilty of two further counts of the same charge.

Barber had shown no emotion when the verdicts were announced following 10 hours and 39 minutes of jury deliberation, staring blankly across the courtroom.

Her delivery worker husband, Daniel, had watched proceedings remotely in a side room, fumed after the guilty verdict: ‘It’s a joke.’ When Barber emerged at the court entrance after her trial he gripped her hand the moment he saw her. He is standing by her.

A married UK teacher convicted of having sex with her 15-year-old student has been sentenced to more than six years in prison.

Barber, a mom of three, was convicted in January of causing or inciting a child to engage in sexual activity for having sex with the teen in a field but was found not guilty of two separate counts of the same charge.

She has been jailed for six years and two months. Kandice Barber took the underage boy to a field, kissed him on the neck next to a bale of hay, and whispered, ‘What do you want to do now?’ before having full intercourse with him.

The mother-of-three’s lawyer had claimed that at just 5ft tall she was too short to have sex with the boy standing up. The teacher also lied that her packed calendar meant she was ‘too busy’ to have slept with him.