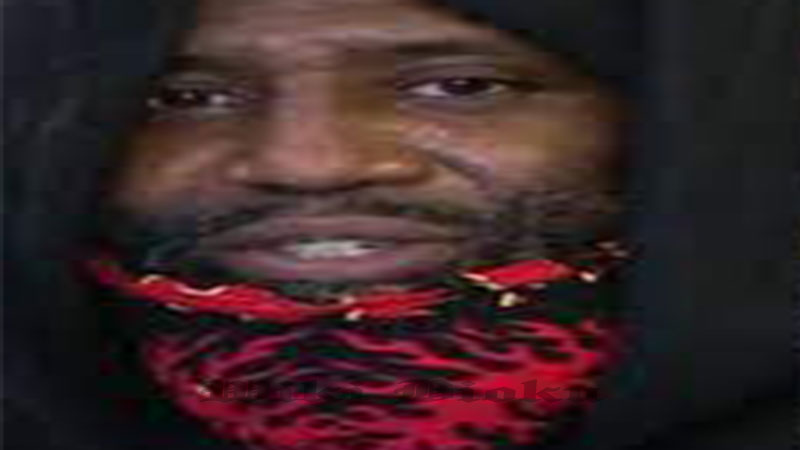 Karon Hylton, Protests in Washington D.C. have turned violent Tuesday night in response to the death of Karon Hylton, who was killed in a crash Friday evening.

A protest over a fatal accident involving a moped driver who crashed after police tried to pull him over turned unruly Tuesday night when windows were broken at a police station, trash was strewn about and objects were thrown at officers.

Police said four officers were injured and one arrest was made.

As the volatile incident swirled around the 4th District police station on Georgia Avenue, with shouting demonstrators toppling a few garbage cans, police fired what appeared to be pepper pellets and flashbangs near the Peabody Street NW intersection.

Many members of the angry crowd of protesters began running south on Georgia Avenue.

Karon Hylton has died at the age of 20-years-old.

Police said they observed Hylton operating a Revel electric moped on a sidewalk in the 500 block of Kennedy Street NW without a helmet on around 10:10 p.m. on Friday.

“Officers activated their emergency lights and attempted to make a traffic stop,” police added. “When the moped exited an alley in the 700 block of Kennedy Street, NW, the moped collided with a passenger vehicle that was traveling on Kennedy Street.”

In regards to the #KaronHylton rally at the Fourth District Police Station, MPD confirms windows were broken, rocks & bricks were thrown at officers. 4 officers were injured (non-life-threatening injuries). 1 person was arrested. #MPD pic.twitter.com/6w4zaIn0nZ

Authorities noted that first aid was performed until DC Fire and EMS transported Hylton to a local hospital where he was later pronounced dead.

A spokesperson for the Metropolitan Police Department confirmed to Fox News that windows of the station were broken and that rocks and bricks were thrown at officers.

At least four officers have been injured with non-life-threatening injuries and one person has been arrested.

About two dozen additional officers arrived on foot and formed a line along Missouri Avenue NW near a Walmart store. In the store, employees shut down the premises and swept up glass from one broken door.

Some degree of tension persisted near the police station even as midnight approached and Peabody Street reopened. Workers boarded up broken windows at the police station. About 50 people remained in the area, which appeared calm for the most part. But at one point, protesters appeared to press toward police, who in turn pushed back and unleashed a cloud of what seemed to be a chemical spray. Then the brief flurry subsided, and the general aura of calm returned. Around midnight, the last protesters seemed to leave the scene.

Before the earlier turbulence erupted, protesters assembled at the station seeking more information on the death of Karon Hylton after a crash Friday.

In response to a reporter’s question late Tuesday, D.C. Police Chief Peter Newsham said video of the incident “never shows any contact beteween the police car and the scooter.”

As protesters gathered Tuesday night, video posted by a television station showed several people in a scuffle with police. The people appeared to try to force their way into the station.

A police spokesman said the department had been aware of a planned demonstration regarding Hylton’s death. It occurred after Hylton, 20, collided with a vehicle in Northwest Washington, authorities said Tuesday.

Around 10:10 p.m. Friday, officers saw a person without a helmet driving a Revel electric moped on a sidewalk in the 500 block of Kennedy Street NW and tried to make a traffic stop, D.C. police said in a statement.

When the moped exited an alley in the 700 block of Kennedy Street NW, it collided with a vehicle traveling on Kennedy Street, the statement said.

Hylton died at a hospital, according to the statement.

We need all hands on deck @MayorBowser and @ChiefNewsham terror gang is literally at war with the community at 4D police station. They shooting teargas and rubber bullets @charlesallen #WeKeepUsSafe #BlackLivesMatter @wusa9 @fox5dc @nbcwashington pic.twitter.com/BXk9xF7S5r

Revel electric mopeds became available for ridesharing in the D.C. area in August 2019. They require riders to wear helmets and answer a 21-question safety quiz.

“Our sympathies are with Mr. Hylton’s family,” Revel CEO Frank Reig told FOX News in a statement. “As this incident is under investigation, we’re awaiting more details at this time.”

D.C. police classified Hylton’s death as a traffic fatality. Anyone with information on the crash is asked to contact police. Tips may be left anonymously.

Hylton’s mother was also captured on video outside of the building telling officers: “You’re defending a building. I’m defending my son!”

According to NBC News Washington, she then proceeded to demand to be let into the station to see the officer who she claimed “killed her son.”

Hylton’s family and girlfriend reportedly say police are responsible for the crash and are seeking more information, including access to police body camera footage.

Officers are not permitted to pursue vehicles for traffic violations, Newsham said.

Janeese Lewis George, the Democratic nominee for the Ward 4 council seat covering the neighborhood involved, said she has worked to get answers. According to George, Hylton’s relatives say the officer who responded to the report of a moped operator with no helmet had previously seemed hostile to both Hylton and family members. “There’s going to have to be some accountability here,” she said.

In addition, George said, Hylton’s mother said a chemical irritant was used on her. According to George, the woman said that they had “sprayed me in my eyes.” The account could not be confirmed with police.