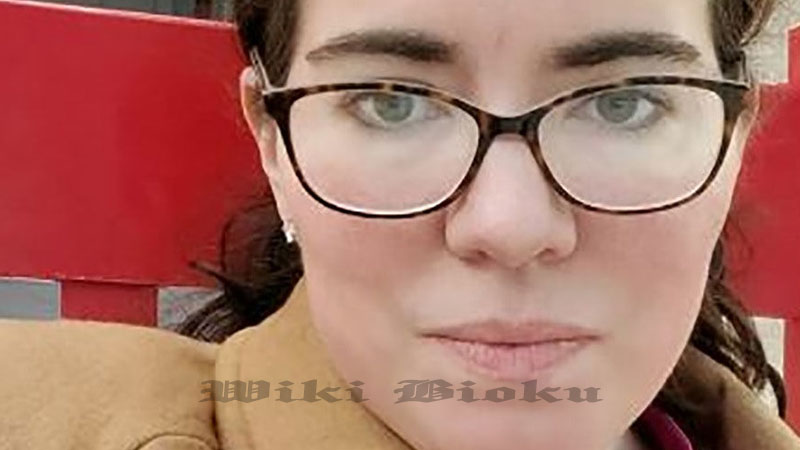 Kassanndra Cantrell is a pregnant Washington woman who went missing and whose disappearance is being treated as “highly suspicious. She is white female, 5’7” tall, 180 lbs., with brown hair and blue eyes.”

Cantrell’s mother, Marie Smith, spoke to KIRO7 about the anguish the family is feeling. She said she and Cantrell’s brother both call her cellphone: “I still call her, so does her brother. We call her phone just to see. It shut off.” She talked about the last time the two spoke and said, “I had accidentally woke her up. And she told me to have a good day at work. And we did our funny voices. She’s like ‘love you.’ And I’m like ‘love you.’ And that was it.”

She also told the outlet after Cantrell’s car was found that she’s hoping her daughter was simply carjacked, worst-case, and is “hurt somewhere.” However, she said she also has concerns about Cantrell’s ex-boyfriend: “I wouldn’t have suspected him if he wasn’t the father. But he has a girlfriend so I don’t know what that might, you know, what that might have triggered.”

She said the pregnancy was unexpected but Cantrell was excited about it, telling King5: “She already picked out names for a girl or boy.”

She is missing on August 25 and whose disappearance is being treated as “highly suspicious.” The Pierce County Sheriff’s Department announced in a press conference on September 1 that the FBI was joining the investigation to assist with forensics and the investigation is being handled as a “homicide.”

The 33-year-old was reported missing on August 27 by her family, who said her disappearance is out of character, especially as she missed her first ultrasound appointment on August 26, the News Tribune wrote. On Monday, investigators searched the home of Cantrell’s ex-boyfriend, although a sheriff’s department spokesperson, Ed Troyer, said, “He is not in custody or detained at this point,” Seattle Times reported. Cantrell is described as a “33-year-old white female, 5’7” tall, 180 lbs., with brown hair and blue eyes.

MISSING PERSON – Kassanndra Cantrell, 33 yrs old, 5’7”,180 lbs., brown hair. Last seen morning of 8/25 when she drove away from her family’s home in Parkland in a white 2014 Mazda 3 sedan wi/ license plate AXV1638. Unusual for Cantrell to not return home or not to contact family. pic.twitter.com/1ypPfZy1wL

Cantrell was last seen at 8:30 a.m. on August 25 when leaving her family home on 4th Ave E. in the Parkland area, police said in a statement posted to social media. Friends believed she was heading to a grocery store, but there is no indication on her credit card or debit card records that she went shopping. Neither her bank cards nor her cellphone has been used since that day.

Police also announced in the initial statement about Cantrell’s disappearance that the 33-year-old is pregnant and had a doctor’s appointment on August 26, which she did not show up for. It was scheduled to be her first sonogram and her family said it was very unlike her to miss that appointment, the Seattle Times reported. She was officially reported as missing by her family on August 27.

Police officers first said in their statement that Cantrell was missing under “unusual circumstances” but are now classifying her disappearance as “highly suspicious,” according to a recent press conference.

On the day Cantrell went missing, friends believe she may have planned to go to a grocery store, but there have been no records of financial activity to verify that she went shopping. Detectives are concerned because Cantrell is pregnant & there has been no activity on her phone. pic.twitter.com/KYNjyukUey

Detectives initially asked the public to be on the lookout for Cantrell as well as her car, described as “a white 4-door 2014 Mazda 3 sedan with Washington State license plate number AXV1638.” However, her vehicle was found late at night on August 28 in Tacoma near the Dome. According to investigators, “The unoccupied vehicle was found parked along with 25th St. E. near the I-705 overpass,” the updated statement on Facebook reads. Seattle Times reported that the keys were found inside the car.

The sheriff’s department is requesting the help of all businesses in that area to review their security footage for a sign of Cantrell or her vehicle from 8:30 a.m. on August 25 to 11:55 p.m. on August 28, the sheriff’s department wrote online. Ed Troyer, a spokesperson with the Pierce County Sheriff’s Department, said that Cantrell’s disappearance is “way out of character for her so we’re worried,” according to the News Tribune.

During a press briefing on September 1, Troyer said that although they hope Cantrell is still alive, they are handling her disappearance as a homicide. As PEOPLE transcribed, he told reporters:

If she is still alive we want to find her. Unfortunately, we haven’t found her and that’s why we’re working this as a homicide until something tells us differently, and I hope that day comes but as you can see by the amount of work going on here, the probability of that coming to light isn’t strong.

Investigators previously conducted a two-day search in Point Defiance Park after discovering that Cantrell’s phone last pinged off a Vashon Island cell tower, Seattle Times reported. Friends and family also gathered at the park to help search for Cantrell, Komo News wrote. According to the outlet’s interview with Cantrell’s mother, the 33-year-old’s phone pinged off “south Vashon tower just before 1 p.m. on Tuesday [August 25] before it was either turned off or died.”

Police have not said if Cantrell’s phone or purse has been found. According to Komo News, Cantrell’s mother doesn’t believe her daughter went to the park. She said Cantrell sometimes went to the park with her two dogs but in this case, her dogs were left at home. She added that she doesn’t think Cantrell just left town: “She would have taken her dogs. If she took nothing else, she would have taken her darn dogs because they’re her babies.”

Search Warrant at the Home of Cantrell’s Ex-boyfriend

#Breaking: @FBI agents just showed up to the @CityofTacoma home connected to the disappearance of missing pregnant woman Kassandra Cantrell. This is the same house where @PCSO1 served a search warrant last night pic.twitter.com/8Ou1rc9Od1

A SWAT team with the Pierce County Sheriff’s Department served a search warrant at the home of Cantrell’s ex-boyfriend in South Tacoma on Monday and Tuesday, Seattle Times reported. The ex-boyfriend, who has not been named, is also believed by investigators to be the father of Cantrell’s unborn baby. He is now living with his current girlfriend and was present during the search, according to the outlet.

The FBI assisted with forensics in the search of the home and a vehicle. Troyer said the ex-boyfriend is “not in custody or detained at this point.” According to KIRO7, detectives received information about a “person of interest” who might know more about Cantrell’s disappearance, which led to the house’s search. Troyer told the outlet, “At this point, we do have a person that we want to either eliminate and clear or name him as a suspect.”

Troyer also said that Cantrell and her ex-boyfriend dated years ago but detectives obtained information that indicated “they have been around each other recently,” PEOPLE reported.

Neighbors told KIRO7 that the SWAT team entered the house after using flashbang grenades. “The first bang I thought was a car,” neighbor Ron James told the outlet. “The second bang, I heard people trying to tell him to come out of the residence.”