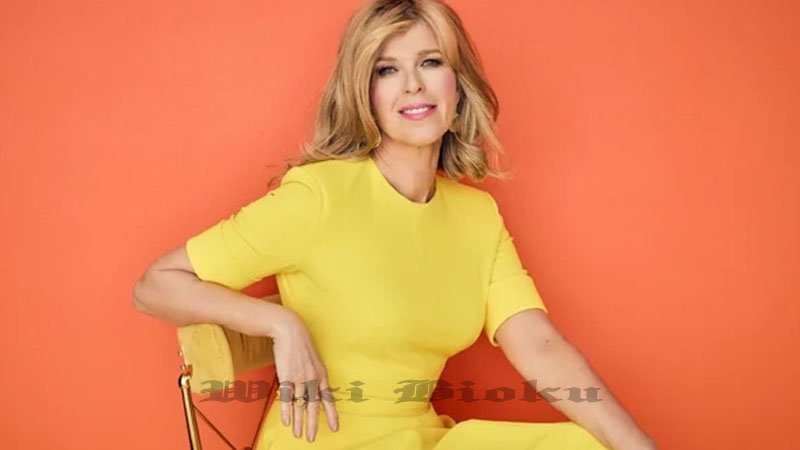 Kate Garraway fought back tears as she told how her children have ‘effectively lost their dad’ while making an emotional return to Good Morning Britain.

The TV personality, revealed her husband Derek Draper, 52, remains in a ‘desperate situation’ and has almost died six times during his 100-day battle with coronavirus.

During the appearance, Kate also revealed she would be returning to present GMB full-time during the summer holidays as doctors insisted she ‘had to get on with life’ during Derek’s recovery.

Kate Garraway fought back tears as she told how her children have ‘effectively lost their dad’ while making an emotional return to Good Morning Britain.

The TV personality, 53, revealed her husband Derek Draper, 52, remains in a ‘desperate situation’ and has almost died six times during his 100-day battle with coronavirus.

During the appearance, Kate also revealed she would be returning to present GMB full-time during the summer holidays as doctors insisted she ‘had to get on with life’ during Derek’s recovery.

Kate told Piers Morgan and Susanna Reid that her beloved husband almost died six times during his time in the hospital, and has amazed doctors with his resilience.

She said: ‘It’s a strange word coma, he was induced which was what they were doing then because it was a way of resting the lungs, of course, they’re no longer keeping him in the coma but he’s not fully awake.

‘There are two types of coma, there’s the one we think of as vegetative coma, and the one Derek is in which is a minimum station of consciousness, wonderfully his eyes are open but we have no real knowledge of what he can see or hear.’

Kate said that despite Derek’s ill health she remains hopeful that he will recover, as he has already defied expectations with his incredible progress.

She added: ‘It is a very desperate situation, it’s very very difficult, of course, there’s fantastic hope he’s still alive, the doctors do keep saying it’s a miracle he’s still alive. I was speaking to a doctor yesterday day who said he’s stick as anyone I’ve ever seen in 35 years of medicine, and some of those people who were as sick of him aren’t here. Six times they said he’s not going to make it, and obviously you couldn’t visit.

‘So he’s been very very sick, but it’s a new disease, there’s no data, so what they can say is it’s great he’s here. There are flickers of hope, his lings are starting to recover, his kidneys are doing better, his liver, but they don’t know how much better he can get.’

Asked whether there had been any explanation for why Derek had been so badly affected by the virus, Kate admitted doctors are still unsure.

The ITV presenter has been advised to ‘get on with her life’ and get back some normality for herself and her two children Darcey, 14, and Billy, 11.

Kate’s husband has been in hospital since March, and while Kate sparked hope over the weekend by revealing he has awoken from a coma, the star has been told his recovery could take years.

Kate told Hello!: ‘The doctors have been urging me not to put my life on pause. They’ve told me that I need to go back to work and create a routine in our lives again’

‘The children and Derek are all I’ve thought about and they’re the most important people in my life, but I must create structure and normality for the children, to clean the bath, put the plates in the dishwasher and tidy the house.

‘I also need to get back to work so that I can provide for the children and we can do things together, to make them feel that the light hasn’t gone out of their lives, that there’s hope for the future.’

‘But the doctors have warned that his condition could persist for years so I have to get on with life whilst we are waiting for him to get better.’

Kate made a rare appearance on social media on Monday night to share her gratitude for the support she has received, since revealing Derek has awoken from his coma.

Kate told Hello! Magazine her spouse has finally opened his eyes following his ongoing battle with COVID-19 and posted a message to her Instagram followers to reflect.

She was sure to stress that, although a positive step, things remain critical.

She thanked the publication for ‘helping me to bring you some of my hopes and plans for the future’ and added: ‘The future we are really hoping for – Derek recovering & coming home – is not nearly insight & very uncertain.

‘But it feels positive to share how we are trying to keep ourselves going as I know so many are dealing with terrible challenges in all sorts of ways as we all try to emerge from these ghastly times, just as we continue to hope Derek can emerge from his minimum state of consciousness.

Kate, 53, sparked hope when she revealed on Sunday that Derek, 52, had woken from a coma over 13 weeks after first contracting coronavirus.

Her son Billy starts secondary school in September and doctors have told Kate Derek will still be in the hospital then, with COVID-19 leaving his body with ‘damage everywhere’ and new health conditions, including severe diabetes.

‘My priority is to make the children feel safe, not to let them see me feeling vulnerable in the world where Derek was my rock,’ she explained.