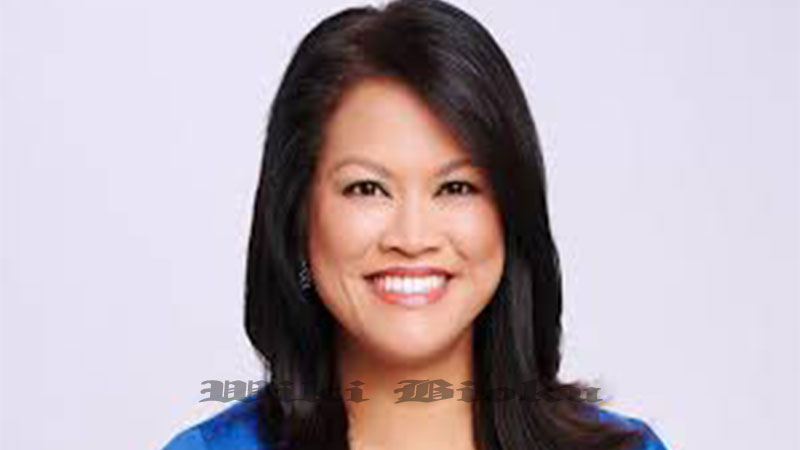 “For ten years Kat was one of our cornerstones, always willing to help in any situation, whether it was a colleague in need or a shift that needed to be covered. She was thoughtful, funny and relentless. And even on the toughest days she was a bright light, quick with a kind word and a smile,” Amy Morris, WNBC’s vice president of news, said in a statement on the news station’s website.

Creag graduated from New York University and was the editor of the student newspaper, the Washington Square News, while she was there, according to WNBC. She was the daughter of Valentino Creag, of Warsaw, Indiana, and the late Cecila Creag, according to her wedding announcement in The New York Times.

Katherine Creag has died at the age of 47-years-old.

Since 2011, Creag had been a news reporter for WNBC television in New York City. She reported primarily for the channel’s morning news show: Today in New York, which airs from 4:30 a.m. to 7:00 a.m. She could also be seen on the Saturday and Sunday programs Weekend Today in New York and News 4 New York at 6:00 p.m. and 11:00 p.m.

The news station wrote in her biography, “Creag, a Manila, Philippines, native is fluent in Tagalog and represents NBC 4 as host for Filipino community events. Kat lends her support to the American Cancer Society and United Way. Creag enjoys spending time with her husband and their family.” Creag worked as a reporter on “Today in New York,” which airs from 4:30 a.m. to 7:30 a.m. and at noon.

On Twitter, Creag joked in her profile description, “Sleep, what’s that?! I go to work when you’re coming home from the club.”

Creag is survived by her husband, Bill Gafner, and their three young children. She was born in Manila, Philippines, and lived in Manhattan with her family. She had most recently been part of the “Today in New York” morning news team at NBC New York. The news station did not say if Creag’s cause of death is known.

Creag and her husband, Bill Gafner, were married on September 2, 2006, at the Roman Catholic Church of St. Ignatius Loyola in New York City, according to a wedding announcement in The New York Times. At the time, Gafner, a Rome, New York, native, and Cornell University graduate, was working at a company that develops software for financial institutions, according to The Times.

Creag is also survived by her three young kids, Jackson Danger Gafner, Gemma Darling Gafner and Josephine Dee Gafner. She would often posting photos and loving posts about her kids on Facebook.

Creag wrote a post celebrating her wedding anniversary on September 2, 2020, “We planned our wedding to coincide with my mom’s birthday. She would’ve been 84 years young today. We miss and love her so much.”

She died at age 47 on February 10, 2021. Katherine Creag was a reporter at WNBC in New York City who died suddenly at the age of 47, her news station said on Wednesday, February 11, 2021. She died Wednesday night unexpectedly after working earlier in the day, according to NBC New York. She had not been ill, the news station said. She had worked there since 2011.

Tributes to Creag have poured in from her co-workers at WNBC and from others across the New York City and worldwide journalism community. WGAL anchor Jere Gish tweeted, “I’m absolutely devastated to hear of the sudden passing of Katherine Creag. She was my first-ever co-anchor at a professional TV station when we were both starting out in the business in Elmira, NY. She was a wonderful, funny, caring person. My thoughts go out to her family.”

I’m absolutely devastated to hear of the sudden passing of Katherine Creag. She was my first-ever co-anchor at a professional TV station when we were both starting out in the business in Elmira, NY. She was a wonderful, funny, caring person. My thoughts go out to her family. 🙏💔 pic.twitter.com/0tHcJvaDOW

John Chandler, a sports anchor at WNBC, tweeted, “I’m at a loss. Kat Creag could make the worst day feel big and fun and worth laughing about. Well, today is the worst day and we could all really use to hear her laugh again. Please keep her beautiful family in your prayers.”

Maggie Kent, a reporter at 6ABC in Philadelphia, tweeted, “The best of the best. Kat was never without a smile, boundless energy and an infectious laugh even at 4am. She is who we all should aspire to be like. No doubt, she is headed straight for heaven.”

Fellow WNBC reporter Myles Miller tweeted, “Kat was the most genteel person I’ve ever met in this industry. Her smile, her laughter, and her tenacity made her truly one of a kind. Every text I sent to her began with ‘Tita,’ which is Tagalog for ‘aunt’ because in my heart she was family.”