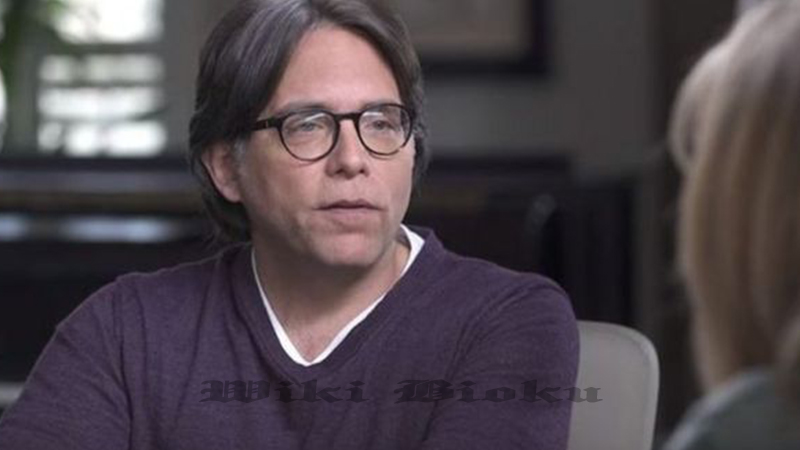 Keith Raniere is the leader of the NXIVM cult who was sentenced to 120 years in prison in a federal court in Brooklyn on October 27, according to the U.S. Attorney’s Office for the Eastern District of New York.

Keith Raniere is an American convicted felon and the founder of NXIVM, a multi-level marketing company and cult based near Albany, New York.

Between 1998 and 2018, NXIVM developed a following primarily through its personal development seminars, recruiting several celebrities and socialites. However, the organization also faced multiple accusations of systemic sexual abuse of female members by Raniere and members of his inner circle, leading to the arrests of Raniere and other NXIVM members in early 2018. Raniere has subsequently been characterized in media reports as a cult leader.

In June 2019, Raniere was found guilty of sex trafficking of children, conspiracy and conspiracy to commit forced labor. Raniere founded the NXIVM cult in Albany, New York, in 1998. He was arrested in 2018 in Mexico in a villa close to the town of Puerto Vallarta. The NXIVM cult operated in the United States, Canada and Mexico.

At the time of his conviction, then-US Attorney Richard Donohue described Raniere as a “massive manipulator, a con man and the crime boss of a cult-like organization involving sex trafficking, child pornography, extortion-compelled abortions, branding, degradation and humiliation.” Raniere, 60, could have faced anywhere between 15 years and life in prison.

In addition to what is effectively a life sentence, U.S. District Judge Nicholas Garaufis issued a fine of $1.75 million, the federal prosecutor’s office said. According to The Daily Beast, Garaufis called Rainiere’s crimes, “cruel, perverse, and extremely serious.” There is no parole in the federal prison system.

The New York Times quoted Raniere’s lawyers as writing in court filings that the cult leader “is not sorry for his conduct or his choices.” The lawyers went on to write that Raniere “intends to fight his case with all of his might, confident that he will one day be vindicated.” Raniere apologized ahead of his sentencing, The Daily Beast reports, telling the court, “I am deeply sorry and I see that where I am is caused by me I am deeply remorseful and repentant,” but adding he continues to believe he was wrongfully accused.

Among those in attendance at the sentencing hearing was Battlestar Galactica actor Nicki Clyne, Page Six reported. The newspaper reported that Clyne was there with a group of Raniere’s supporters who lined up to early on October 27 in order to gain access to the hearing.

Another prominent supporter that was present at the hearing was Marc Elliot, a man who says that Raniere’s teachings helped him to overcome Tourette’s syndrome. Elliot told Page Six, “I think Keith is a good man who has helped the lives of thousands and thousands of people and currently there is only one narrative in the media because another side has been completely silenced until only a couple of days ago.”

The New York Daily News earlier reported that 56 members of the NXIVM cult wrote letters pleading for leniency in Raniere’s sentencing. Smallville and Wilfred star Allison Mack was one of those who wrote to the judge in the case. On the day of sentencing, a former NXIVM spokesperson told the Daily News, “I believe today will be a grim day for Keith Raniere.”

Among the ten victims who spoke against Raniere during the sentencing hearing was India Oxenberg, the subject of the Starz documentary series on the cult, Seduced. One of those victims, named as Camila, who present in the court at Raniere’s sentencing said that she was a 15-year-old virgin when Raniere raped her.

In the days leading up to his sentencing, Raniere told NBC News in an interview, “I apologize for my participation in all of this — this pain and suffering. I’ve clearly participated. I’ve been the leader of the community. And it has come to this. Even if it is by oppression, I am absolutely sorry and pained. This is a horrible situation.”

Raniere also said, “This is a horrible tragedy with many, many people being hurt. There is a horrible injustice here. And whether you think I’m the devil or not, the justice process has to be examined.”

CNN reported that in April 2020, Raniere told a supporter in a phone call that the judge who oversaw his trial, US District Judge Nicholas Garaufis “needs to know he’s being watched.” On the same day that the October 2020 interview aired, Judge Garafuis denied Raniere’s request for a new trial.