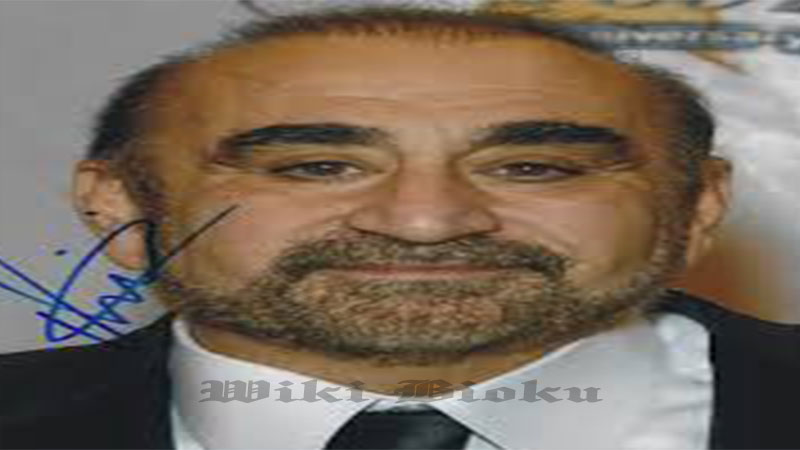 Ken Davitian is an American actor, comedian and restaurateur, best known for his role as Borat’s producer Azamat Bagatov in the 2006 comedy film Borat.
Davitian was born Kenneth Davitian in Los Angeles, California on June 19, 1953 to an Armenian American family in Montebello, California. His father, a Soviet soldier during World War II, was captured by Nazi forces. He was placed at an Armenische Legion camp in Stuttgart. After the end of the war, he emigrated to the United States through the efforts of George Mardikian. Davitian worked in his father’s waste management company. He graduated from Whittier College.

His teenage idol was Burt Reynolds, who greatly influenced his choice of becoming an actor. Davitian would go on to play in a film which also featured Reynolds, titled Pocket Listing.

Davitian is fluent in Armenian; he speaks in Armenian as Azamat in Borat.

Following the release of the original Borat movie, Davitian told The Huffington Post that he wasn’t really a native of Kazakhstan like his character but was raised in an Armenian American family in Los Angeles. Prior to getting into acting, Davitian had a sanitation business that was aiming to bring the modern waste collection into Mexico. When Davitian’s business plans didn’t pan out, he turned to acting in the 1990s. Davitian told Michigan Live in a 2019 interview that he spoke Armenian in the role.

Role in Borat in Order to Impress His Son

Davitian told Ianyan Magazaine in a 2012 interview that he wasn’t too worried about being typecast following his role in Borat, ” It’s OK. If that’s what makes people laugh, leave me alone. All I want to do is entertain and make people laugh and I want to make people cry. I’ve done that in other movies, it really depends on the part, and I don’t care.”

Ken Davitian Is Not Really Dead

According to Davitian’s IMDb page, the actor has more than 10 movies and television roles in pre-production in 2020. Davitian does not appear in Borat Subsequent Moviefilm. The BBC’s Nicholas Barber wrote in his glowing review of the movie, “I missed Ken Davitian’s Azamat.” Following his role in the original movie, Davitian earned roles in major movies such as The Artist and Soul Men.

In September 2020, Showbiz411 quoted Davitian, 67, as saying that he hadn’t heard from Sacha Baron Cohen regarding the sequel. Davitian said, “A lot of people have called, they’ve seen him shooting it around, even my grandkids ask, Aren’t you in it? But there’s been no contact.” Davitian said in the same interview that he was paid $65,000 for his role in the original Borat movie.

Davitian told Showbiz411 that in 2016 he reprised his role Azamat for a segment on Jimmy Kimmel’s talk show at Cohen’s request while the English actor was promoting his movie, The Brothers Grimsby. Davitian said that he was told, “Sacha was going to go on retreat and write the sequel, and then you’ll make your five million.” Davitian added, “I always told Sacha we were a great team, like Abbott and Costello. His wife agreed with me. But I guess he didn’t.”