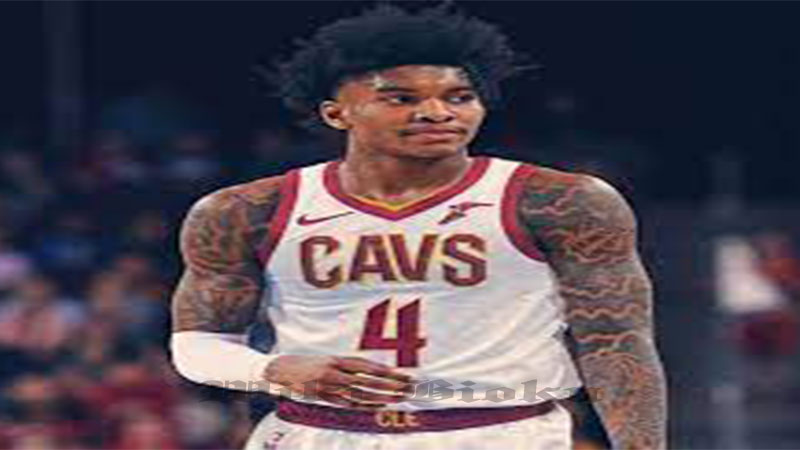 Kevin Porter Jr. is an American professional basketball player for the Cleveland Cavaliers of the National Basketball Association (NBA). He played college basketball for the USC Trojans. He played high school basketball for Rainier Beach High School and led the Vikings to the state playoffs in each of his four years.

Porter was a standout at USC before turning pro. He played as a freshman before making the leap to the NBA. With the Trojans, he averaged 9.5 points, 4 rebounds and 1.4 assists and played about 22 minutes per game.

Porter was born in Seattle, Washington to Ayanna and Bryan Kevin Porter Sr. His father played football, basketball, and baseball at Rainier Beach High School in Seattle in the 1990s. In July 2004, when Kevin Jr. was four years old, his father was shot five times and killed while trying to help someone being attacked. As a result, he was raised by his mother, who became his role model. Porter played sports to both pay homage to his late father and recover from the loss of him.

Porter convinced his mother to enroll him at Rainier Beach High School instead of O’Dea High School in Seattle, because his father had played sports there and he wanted to preserve the tradition. In his senior campaign, he averaged 27 points, 14 rebounds, and 5 assists, as Rainier Beach finished with a 22–7 record. On March 3, 2018, Porter recorded 22 points and 11 rebounds in a Class 3A state championship game loss to Garfield High School. At the end of the season, he was named Washington Mr. Basketball by the state coaches association.

Porter debuted for USC on November 6, 2018, scoring 15 points off the bench on 6-of-7 shooting in an 83–62 win over Robert Morris. On November 20, against Missouri State, he suffered a quadriceps contusion. He returned on December 1 versus Nevada but left after 4 minutes because he was hindered by the injury. He missed nine games with a quad contusion, and returned again on January 10, 2019, scoring 5 points in 25 minutes. Three days later, however, he was suspended indefinitely by USC for “personal conduct issues. Regardless, Porter stated that he would finish the season with the team and then played in the last three games of the season. He averaged 9.8 points, four rebounds, and 1.4 assists in 22 minutes a game, playing in 21 of USC’s 33 games.

At the conclusion of his freshman season, Porter announced his intention to forgo his remaining collegiate eligibility and declare for the 2019 NBA draft.

In the 2019 NBA draft, Porter was selected 30th overall by the Milwaukee Bucks, but was later traded to the Cleveland Cavaliers via the Detroit Pistons. On July 3, 2019, the Cleveland Cavaliers announced that they had signed Porter. On October 23, 2019, Porter made his debut in the NBA, playing in a 85–94 loss to the Orlando Magic and finishing with 1 rebound, two assists and a steal.His first NBA start for the Cavaliers would come on November 19, 2019, against the New York Knicks in a 123–105 loss where he recorded a then career high 18 points in 31 minutes. Later on February 25, 2020, Porter would record a new career high of 30 points, adding 3 assists, 8 rebounds and 3 steals in a 125–119 OT comeback win against the Miami Heat.

On November 15, 2020 Porter Jr. was charged by Mahoning County police following a single car accident for improper handling of a firearm in a vehicle. In a statement the Cavaliers stated “We are aware of the situation involving Kevin Porter Jr. and are in the process of gathering information. We have spoken with Kevin and will continue to address this privately with him as the related process evolves

Ohio Highway Patrol stopped Porter near Canfield and arrested him on charges of improperly handling firearms in a motor vehicle, the Cleveland Plain-Dealer reported, citing Mahoning County Sheriff’s records. He was released on a $4,000 bond.

According to the newspaper, the Cavaliers are aware of the incident.

Further details about the arrest were unclear.

“Mr. Porter was issued a summons for a petty offense and released. We are gathering information and will have further comment at a later point,” Porter’s attorney Alex Shapiro said in a statement.

The Cavaliers acquired Porter, whose full name is Bryan Kevin Porter Jr., a few days after the 2019 NBA Draft was officially completed. He was selected No. 30 overall by the Milwaukee Bucks before a slew of trades landed him in Cleveland.