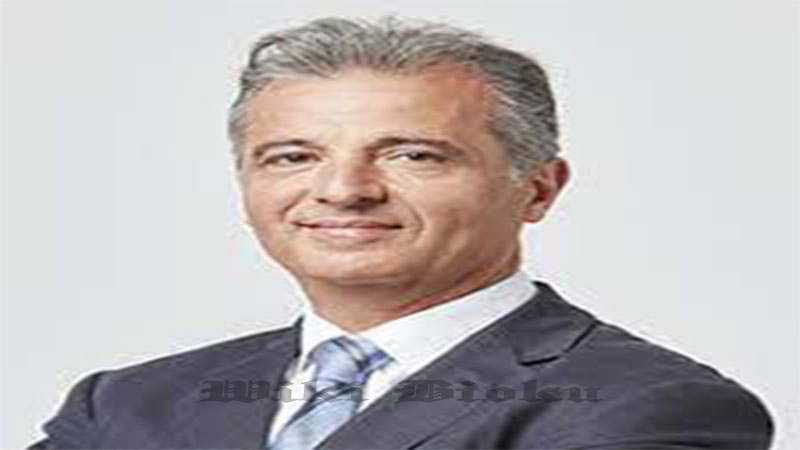 Khaled Awad was identified by police as the suspect in the stabbing of Rabbi Shlomo Noginski in Boston. Noginski is recovering in hospital and Awad is due to appear in court on Friday, authorities said.

Noginski suffered multiple stab wounds, but his injuries were not considered to be life-threatening, according to Boston Police. He was stabbed multiple times at about 1:19 p.m. Thursday in the area of Chestnut Hill Avenue in Brighton, police said.

Boston Police are continuing their investigation into the stabbing and what led to the rabbi being stabbed outside the Shaloh House on Chestnut Hill Avenue, a Jewish school in Brighton.

Boston Police told CBS Boston Awad was armed with a knife and a gun when he approached Noginski outside the school. Authorities alleged Awad pointed the gun at the rabbi and told him to open his van. Noginski gave Awad the keys, police said, and tried to run to the park across the street, Brighton Common. Police alleged Awad stabbed Noginski eight times in the struggle.

David Harris, CEO of the American Jewish Committee, wrote about the attack on Twitter and said the stabbing indicates Jewish people are subject to “clear and present danger” due to antisemitism in America.

For anyone who wonders if Jew-hatred in the US is a clear & present danger: This is Rabbi Shlomo Noginski.

On July 1, he was stabbed 8x in broad daylight outside a Brighton, Mass. synagogue. A suspect, Khaled Awad, has been arrested.

Prayers for the rabbi’s full recovery.

Boston Police are continuing their investigation into the motive behind the stabbing, while the Anti-Defamation League is calling on authorities to investigate the stabbing as a hate crime. ADL New England regional director Robert Trestan said in a statement that the Jewish community is “angry, living in fear and needs answers, accountability, and security.”

“Facts emerging from the stabbing of a Rabbi in Brighton, MA yesterday include multiple indicators pointing towards antisemitism,” the statement said. “We call on the Boston Police Department Civil Rights Unit to investigate yesterday’s violent attack as a hate crime. Boston’s Jewish community is angry, living in fear and needs answers, accountability, and security.”

Dan Rodkin, Executive Director of the Shaloh House, described the attack in a statement to CBS Boston.

“The attacker came to him and pointed a gun at him, and said, ‘Open your car.’ [Rabbi Noginski] gave him the key and said, ‘Here’s the key’. And he said ‘No, you open the car,” Rodkin said.

Noginski Was Released From the Hospital

Noginski spoke to Lubavitch.com from his hospital bed, saying he was grateful to law enforcement for their work.

“I am grateful to the Boston Police Department for their rapid response and relieved that the perpetrator is in custody. I am looking forward to returning to my work as soon as possible,” he said.

U.S. Senator Elizabeth Warren made a statement about the attack on Twitter.

“My thoughts are with Rabbi Noginski, his loved ones, and the Shaloh House community right now,” she said. “While we await further details, we all are praying for his recovery. Antisemitism has no place in Massachusetts or anywhere else.”

CBS Boston reported Noginski was born in Russia and is in his 50s. He has 12 children, the news outlet reported. Security will be increased at Shaloh House throughout the remainder of the summer, Dan Rodkin, Executive Director of the Shaloh House, told CBS Boston.

“We are following the situation closely, and continue to make security a priority,” said Rabbi Yehuda Krinsky, Chairman of the Chabad-Lubavitch educational and social services divisions, in a statement to Lubavitch. “The family of Chabad representatives worldwide is praying for Rabbi Noginski’s speedy recovery.”

Rodkin referenced a Jewish saying about the power of goodness in his statement to the news outlet.

“A Jewish saying says, ‘A little bit of light pushes away a lot of darkness. Good has much more powerful than evil,’“ Rodkin said.

Community members and leaders gathered Friday morning for a unity rally in support of Rabbi Noginski and the Jewish community, according to CBS Boston. The news outlet reported about 100 people gathered in the rain, joined by Acting Boston Mayor Kim Janey and Suffolk County District Attorney Rachael Rollins.

“We have to recognize that anti-Semitism is on the rise and we need to hold people accountable when they do this so that they are made an example of,” Rollins said, according to CBS Boston.

“This attack intends to scare us from Jewish living, but it’s not going to work. We will continue to live Jewish lives,” Sheila Goodman of Combined Jewish Philanthropies said, according to CBS Boston.