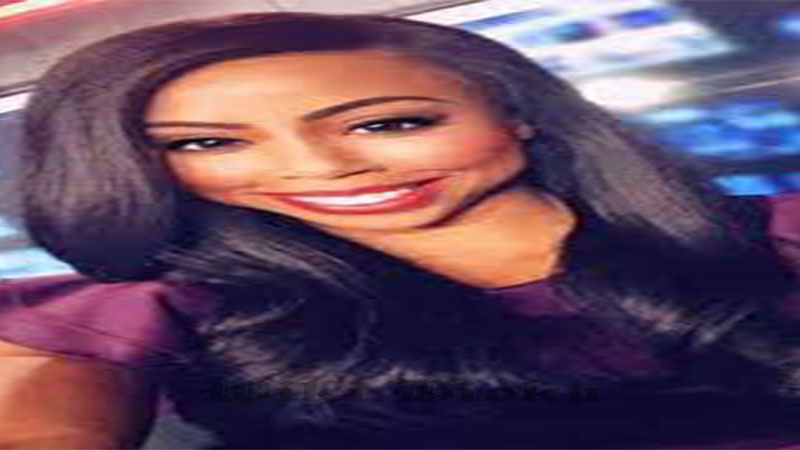 Kim Klacik is a Republican candidate for Maryland‘s 7th District, a seat formerly held by the late Rep. Elijah Cummings. Klacik, the owner of a nonprofit who is also a member of the Baltimore County Republican Central Committee, drew national attention with an ad for Congress that has gone viral.

Kim is a Trump supporter who has blasted Democrats for not doing more in the district where she is running to become elected. As the winner of the Republican primary, she will face off against current U.S. Rep. Kweisi Mfume.

Klacik spent time as a charter property and casualty underwriter at State Farm insurance, according to a 2002 Baltimore Sun article.

Klacik lives in the 6th district of Maryland but said – even though there is no residency requirement – she would move to the 7th district if elected, the Baltimore Sun reported.

Close to 1k doors knocked today! We are planning another canvass for Tuesday. Join us if you can!

According to the Baltimore Sun, Klacik was inspired to show the conditions in Elijah Cummings’ district after seeing his outrage over the conditions of migrants being held at the Mexican border. She posted photos of trash and the result of illegal dumping in her neighborhoods, arguing that Cummings should be equally as outraged about that issue.

Klacik received a ringing endorsement from Trump who wrote on Twitter that she would work with him to improve Baltimore.

Democrats don’t want you to see this.

They’re scared that I’m exposing what life is like in Democrat run cities.

That’s why I’m running for Congress
Because All Black Lives Matter
Baltimore Matters
And black people don’t have to vote Democrat
Help us win https://t.co/CSOjc9aQlS pic.twitter.com/XnEDTaDDIG

Trump had launched attacks at Elijah Cummings who – as the chair of the House Oversight and Reform Committee, was investigating several allegations that Trump committed impeachable offenses. The congressman died at the age of 68 last year.

Klacik also seems close with members of the Trump family and Trump circle, retweeting a photo of herself standing in between Trump and Rudy Giuliani as well as another, where she is beaming after “running into” the “beautiful Lara Trump.”

Rep, Elijah Cummings has been a brutal bully, shouting and screaming at the great men & women of Border Patrol about conditions at the Southern Border, when actually his Baltimore district is FAR WORSE and more dangerous. His district is considered the Worst in the USA……

Klacik has also received an endorsement from former Maryland Governor Bob Ehrlich, who said, “Kim is an exciting new voice in Maryland politics. She gets it – her positions on jobs, tax policy, small business growth, and school choice are well-grounded and cross-partisan lines …. Kim represents a new and impressive generation of GOP candidates …. Get to know her – she has a bright future on our state’s political stage.”

According to CBS-local, history suggests that Klacik faces quite a challenge, since “No Republican has earned higher than 27 percent of the vote in the 7th District in the past 18 years.”

Heavy has reached out to the candidate for an interview and will update this story if she responds.

According to HITC.com, Klacik was born on January 19th, 1982 as Kimberly Bray in Accokeek, Maryland. She is the daughter of James (who passed away February 21, 2019) and Katrina, as well as the sister of two brothers, Kyle and Corey.

According to the Baltimore Sun, Klacik attended Bowie University, where she was originally interested in being a broadcast journalist before she focused on political activism instead.

Klacik also told the Sun that she was being bullied because of a medical condition called alopecia, which caused hair loss when she was 15; as a result, she said she dropped out. Eventually, however, she regained her self-confidence and became a beauty pageant contestant.

Klacik married a Pennsylvania businessman named Jeffrey Klacik, in May of 2013 after being engaged for three years, HITC.com reported. The couple has a daughter named Olivia Ann Klacik, who was born July 29, 2016.

Klacik founded a nonprofit organization in 2013 called “Potential Me,” which provides workforce development services to underserved women. According to her website, she has “assist(ed) close to 200 women become gainfully employed, 30% (of whom) went on to obtain financial independence.”

At the nonprofit, Klacik said she has helped female reentries (women returning to society after being incarcerated), which her website touts as helping provide Klacik skills in managing payroll. According to the Baltimore Sun, Klacik has also handed out clothes at the Gilmor House in West Baltimore as part of her outreach there.

In 2017, Klacik’s nonprofit was able to move for free into a 1,272 square foot space near Sagamore Development Company’s City Garage, Biz Journals reported.

After her posts, Klacik was invited to speak on Fox News and has made regular appearances since, at one point, calling the district “the most dangerous in the city,” which the Sun reported as untrue.

Not all were pleased with how she entered the political stage, such as City Councilman Eric T. Costello who told the Baltimore Sun, “The real shame here is that Ms. Klacik is more concerned with self-promotion and scoring a couple of thousand retweets by shaming our city.” Other representatives have also accused her of cherry-picking areas of the 7th district, which also includes suburban areas, for political gain.

However, Klacik said that she just wanted to bring attention to the issue, and told the Sun, “Hopefully people understand I never had bad intentions. I never wanted this to become a political mess. I wanted Baltimore officials to see these conditions and to do something about it.”

It is not Klacik’s first time running for office. She attempted to beat Mfume – who currently has the seat – in an April 28 special general election held to fill Cummings’ seat. Mfume won. Since then, Klacik won the Republican primary with 40.7% of the vote and will get another opportunity to take on Mfume during the November 3 general election.

Klacik released a nearly three-minute video walking up and down the streets of Baltimore and slamming Democrats for the state of the city. That video has since gone viral and been viewed 9.8 million times on Twitter.

Here is a transcript of the video:

Do you care about Black lives? The people that run Baltimore don’t. I can prove it. Walk with me. They don’t want you to see this.
I am Kim Klacik. This is Baltimore – the real Baltimore. This is the reality for Black people every single day. Crumbling infrastructure, abandon homes, poverty, and crime.

Baltimore has been one by the Democratic Party for 53 years. What is the result of their decades of leadership? The top five most dangerous cities in America; the murder rate in Baltimore is 10 times the US average; the Baltimore poverty rate is over 20%; homicide, drug, and alcohol deaths are skyrocketing in our city.

Do you believe Black Lives Matter? I do. The vast majority of crime in Baltimore is perpetrated against Black people, who make up 60% of the population. So why don’t we care about our communities?

The Democratic Party (has) betrayed the Black people of Baltimore. If the politicians walked the streets as I do, they would see exactly how their policies and corruption affects us. But they don’t want to see it. They don’t want you to see this. Go to any Black neighborhood in Baltimore and ask this question: ‘Do you want to defund the police?’

The shot switches to three Black people. One is an older man who says his three sons were killed in Baltimore, who says he doesn’t want to defund police. “I think if defund the police officers, it is going to be worse [sic] than that. So no, I am opposed to that.”

The shot switches to a woman who says “no” to defunding police and then a different man, who also says no. “No, absolutely not,” he says. “What are you going to defund the police for? Why? How do you defend your city, your community? Families are losing people.”

The shot switches back to Klacik.

It’s not just in Baltimore. The worst place for a Black person to live in America is a democrat controlled city. It’s 2020, name a blue city where Black people live and things have gotten better. Try, I’ll wait.

The video shows dilapidated buildings, piles of trash, and broken windows. “Look at this,” Klacik says. “How are children supposed to live here and play here?”

Klacik then ends the video with a call to action.

Democrats think Black people are stupid. They think they can control us forever. But we won’t demand better and that will keep voting for them. Despite what they have done to our families and our communities. Are they right?

I am Kim Klacik. And I’m running for Congress because I actually care about Black lives. All Black Lives Matter. Our community matters. Baltimore matters. And Black people don’t have to vote Democrat.

Klacik released a thank you video on August 19 for the support she has received.

I just wanted to take a second to say THANK YOU 🇺🇸https://t.co/sDJbWLtWbr pic.twitter.com/o0TB2VKQV7

Other parts of Klacik’s platform include taking oral contraceptives over-the-counter at pharmacies, improving oversight on how federal dollars are spent in the area, enacting Trump’s economic revitalization agenda, and encouraging homeownership, the Baltimore Sun reported.