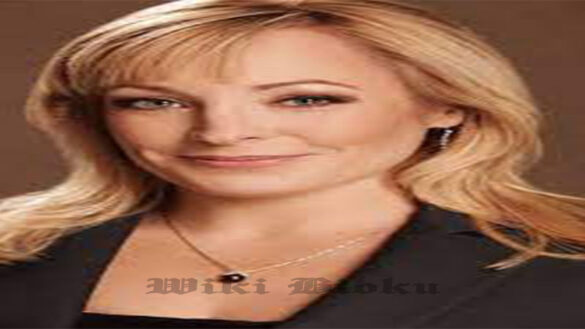 Halkett is a White House correspondent for Al Jazeera English. She was born in Canada and started covering the U.S. after she moved to Washington D.C. in 1998, according to her Al Jazeera profile page.

She joined Al Jazeera in 2006 when the network was first launched and has reported on four presidents and their administrations, including Bill Clinton, George W. Bush, Barack Obama, and Donald Trump.

From 2006 to 2010, she worked as both an anchor and reporter, before spending six years as the congress, justice, and intelligence correspondent. She started covering the White House in 2017, her LinkedIn shows.

Halkett grew up in Vancouver Island on the west coast of Canada and moved to Toronto to attend Ryerson University. She graduated with a bachelor’s degree in journalism in 1992.

In an interview with the university as an alumna, she said she wouldn’t have been a White House correspondent without her education. According to her, having Ryerson on her resume helped her get her first big job as an editorial assistant at CBC Television, one of Canada’s top newsrooms.

My Ryerson professors actively worked in the industry as some of Canada’s most well-known and respected broadcast journalists. The skills and talents they shared with me lifted my professional work to the level I aspired to, but couldn’t achieve without their guidance.

Halkett said in the interview that she learned to connect with the audience through human emotion. “It’s emotion, not facts that make an ordinary television news report exceptional,” she said.

She also said she wouldn’t change her career path, “not in a million years” because she enjoyed working as a journalist and being a witness to many important events. “It’s allowed me to have a “front seat” and “backstage pass” to some of history’s biggest moments.”

Halkett’s grandfather, Bill Halkett, was a newspaper photojournalist and had an influence on her career decision, according to the alumni interview. “He inspired my career choice even before setting foot on Ryerson’s campus,” she said. Her parents got married in 1968, and had at least three children, according to one Instagram post she has now made private.

Halkett’s husband escorted former House Speaker Paul Ryan through Afganistan during his overseas visit in 2018, according to her Facebook.

Halkett says on LinkedIn that she has “raised five kids while covering journalism’s most demanding beats,” and describes herself as a “top performer, a fierce competitor” and “incredible multitasker.” She also identifies herself as a “hockey mom” on Twitter because one of her children plays hockey. Halkett’s daughter, Brooklyn Hope Renseberger, graduated from high school this May.

Kimberly Halkett is a White House correspondent for Al Jazeera English in Washington D.C. She was caught in a hot mic moment during a press conference on July 21, and was accused of scolding White House press secretary Kayleigh McEnany “a lying b****.”

In a White House press conference that was broadcast live on July 21, Halkett can be seen sparring with McEnany over issues including Russian interference in the elections and mail-in voting.

McEnany pointed Halkett to a Wall Street Journal op-ed when answering her question about mail-in voting, and cited the “absolute catastrophe in New York City.” But Halkett interrupted her, which prompted McEnany to give her a lecture later. “As you asked about this, I’m going to answer,” she said.

“I know you don’t want to hear them which is why you talk over me but I encourage you to read the op-ed,” McEnany continued, after quoting statistics from the op-ed.

She then wanted to take the next question from someone else, while Halkett attempted to ask about the Chinese vaccine research. McEnany said Halkett had more questions than some journalists attending the conference and moved on to other people.

Here is audio in question: pic.twitter.com/NNWeCnjGCf

Halkett then uttered something into a hot mic, which sent her to the center of a heated discussion on Twitter. She was accused by some people of calling McEnany a “lying b*tch,” while others backed her up.

After the hot-mic moment, clipped videos of the exchange can be found on Twitter, and journalists and political aides looked into the tape, determined to figure out what Halkett really said.

Halkett quickly denied the swearing. Charlie Spiering, White House Correspondent for Breitbart News, asked her in a Tweet whether she really called McEnany a “lying b*tch” during the White House briefing. The Al Jazeera correspondent responded that what she said was something else:

What I said was, “OKAY, YOU DON’T WANT TO ENGAGE.”

After her denial, some reporters and analysts backed her up too. Andrew Feinberg, also a White House correspondent, said the White House official stenographers proved that Halkett didn’t use obscenity. Al Jazeera also defended its reporter, citing the same transcript. Washington Post politics reporter Dave Weigel said on Twitter that many people owed Halkett an apology.

However, this did not stop the Twitter frenzy. A lot of people on Twitter still said they believed Halkett used the insulting language, while others left comments calling her to apologize or resign under her Instagram posts before she made her account private.

In an interview on Fox News‘s Hannity, McEnany responded to the speculation and said her staff was divided over whether Halkett made the vulgar comment. “I polled my staff and my staff was 50/50,” she said.

“I’ll give her the benefit of the doubt if she said she didn’t say that, something that has never given to this president as they actively take him out of context. It’s egregious and the American people deserve better,” McEnany told Fox News.

This is not the first time Halkett has been involved in a cursing controversy. While the White House transcript has proved Halkett’s innocence this time, she was caught swearing when she was chasing an interview in 2016, according to Buzzfeed News.

The incident was made public after Washington Post reporter Dalton Bennett posted a Vine showing Halkett yelling at a woman behind her, “Thanks a lot, b****!” after she failed to chase down someone for an interview before a presidential debate in September 2016. While the Daily Mail and the Independent reported that she was chasing businessman Mark Cuban, Buzzfeed News made a correction and said she was chasing Mike Pence.

The moment went viral on Twitter and sent the hashtag #thanksalotbitch trending. Unlike this time, the 2016 incident resonated with many people, and journalists expressed solidarity with her, according to the Independent.

How did I miss this yesterday? This is easily the best thing to come out of #debatenight #ThanksALotBitchhttps://t.co/DMfRIEOMdz

Buzzfeed News reached Halkett but she said she didn’t have time to speak, and didn’t comment on the video.