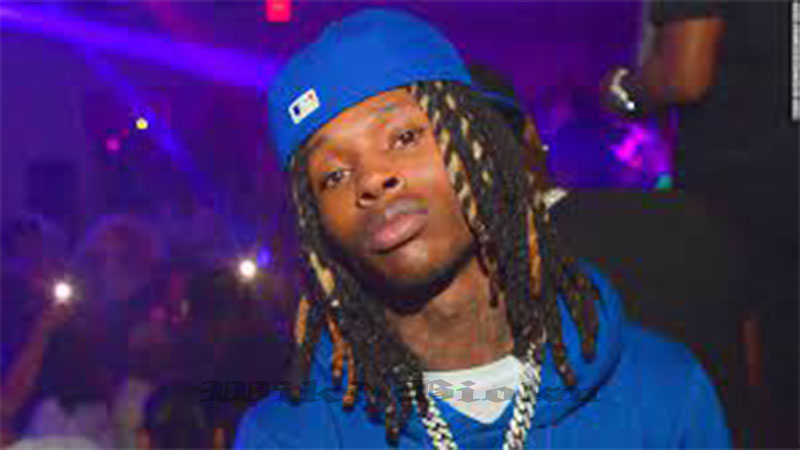 King Von, whoes real name is Dayvon Daquan Bennett, was an American rapper and songwriter from Chicago, Illinois, has died. He was signed to Lil Durk’s record label, Only the Family and Empire Distribution.
King Von was born in Chicago. He spent most of his life in Parkway Gardens, aka “O’Block” located at the corner of 64th and Martin Luther King Drive on the South Side of Chicago. He grew up as childhood friends with rapper Lil Durk, as well as fellow Parkway Gardens resident Chief Keef. He was known for his nickname “Grandson” which refers to David Barksdale, the founder of the Black Disciples which King Von was allegedly a member of. He got the name in jail when many people who knew David said that he reminded them of the gang leader in how he handles himself in the streets as well as his general demeanor.

At age 16, Von went to jail for the first time. This would only be the start of a long course of legal troubles for him. In 2014, he was accused of a shooting that killed one and wounded another. After proving his innocence and beating the case, King Von took to rapping, collaborating with Lil Durk on singles. Lil Durk eventually signed him to his OTF (Only The Family) Entertainment label.

King Von has died at the age of 26-years-old.

After fellow rapper Lil Durk signed King Von to his Only the Family label, Von released his single “Crazy Story” on December 6, 2018, and it became his breakout single. In May 2019, “Crazy Story 2.0” featuring Lil Durk was released, and a subsequent music video was later released on May 20 of that month and peaked at number four on the Bubbling Under Hot 100 chart. On September 13, 2019, a third rendition of the single called “Crazy Story Pt. 3” was released.

On January 10, 2020, Detroit rapper Sada Baby’s single “Pressin” was released featuring King Von. On February 21, 2020, Von released “Took Her to the O”, which went on to become one his most popular songs. It was included on his mixtape, LeVon James, released on March 6, 2020, which peaked at number 63 on the Billboard 200. The album features verses from NLE Choppa, Polo G, Tee Grizzley, G Herbo, Lil Durk, and YNW Melly, among others.

On April 29, 2020, King Von released his single “Grandson for President”, which did well in popularity. He followed that up with a music video release for “Broke Opps”, a song off LeVon James. He then released another single, titled “Why He Told” on July 27, 2020, and followed that up with another popular single, “All These N***as”, which garnered over 21 million views on YouTube. He then released another single, titled “How It Go”, on August 26, 2020.

On November 6, 2020, Bennett was involved in an altercation in a downtown Atlanta nightclub that took place around 3:20 a.m. between two groups of men, one of them associated with rapper Quando Rondo. The dispute quickly resulted in a shootout, which two police officers attempted to break up with additional gunfire. Two people accompanying Bennett were killed and three others were wounded. Bennett was transported to the hospital in critical condition and died later that day

King Von was shot and killed outside an Atlanta, Georgia, nightclub, according to Atlanta police and several of the rapper’s friends. They initially reported that he was in critical condition but are now reporting that he is dead.

A shootout ignited following an argument outside Monaco Hookah Lounge. Atlanta police told Heavy.com they believe King Von was shot and killed before police responded in an attempt to “stop the shooting.” They have not given a suspect name. Off-duty police officers working security were involved in the response, they said.

It is our understanding Dayvon Bennett, aka King Von was shot and killed during this morning’s shooting and we are seeing rumors being spread indicating he was shot and killed by APD officers. At this time, our investigators believe Mr. Bennett was shot during the initial shootout between the two groups of males, prior to police responding and attempting to stop the shooting. Additionally, Mr. Bennett was not located at the scene, but arrived at a hospital shortly after the shooting, via private vehicle. The investigation into this incident remains open and very active.

Atlanta authorities have not yet confirmed the identities of the other people shot. The Atlanta Journal-Constitution ran a lengthy story on the shooting but didn’t name those wounded; off-duty officers were involved but police say it’s not yet clear whether they struck anyone once they did arrive. King Von’s real name is Dayvon Daquan Bennett. Word that King Von has now died flooded Twitter.

“King Von has reportedly died from his injuries sustained in the shooting this morning. Rest in paradise to a young king,” the site My Mixtapez wrote on Twitter.

“JUST IN: King Von was shot at a nightclub last night and is in critical condition. Two others were left dead,” wrote SOHH, a hip-hop site.

The news spread quickly on Twitter, where people alleged that King Von was in a beef with fellow rapper Quando Rondo’s camp, although this has not been verified.

Just hours before the shooting, King Von wrote on Instagram, “Armed & Dangerous Video Drops 2’morrow. 🔥🔥🔥🦁🔥🔥🔥.. y’all want it?” He posted about an Atlanta appearance on November 5.

DJ Akademiks tweeted: “It’s with great sadness that I have to confirm that King Von has passed away. I spoke with his manager who luckily has survived being shot and is currently recovering in the hospital. However, Von manager did confirm that Von was shot and did not make it. RIP King Von.”

DJ Akademiks says no but added that police engaged in a shootout and the rapper was not armed. “From my convo with Von manager who survived getting shot, he says it wasn’t the police who killed King Von. However, he did say Police did engage in a shoot out with other armed individuals who were there. King Von reportedly was unarmed,” he wrote.

DJ On Da Beat wrote on Instagram: “My heart can’t take this. No bro. Why you. Why bro. Please just FaceTime me bro. Why they had to take you. Ima see you again this shit ain’t over. It’s far from over. We still just getting started. RIP my Bestfriend. The only n*gga to listen to me word for word from day 1. We sat on FaceTime for hours making songs together. Every bar had a meaning and every song was a part of our soul. Every moment meant something and to grow wit you made me feel like I was a real producer. I love you bro @kingvonfrmdao.”

Heavy reached out to Atlanta police to verify the news. When asked if King Von was a victim in the shooting, Atlanta police public information officer Steve Avery told Heavy initially in a statement: “The identities of the involved parties are being withheld pending confirmation that the next of kin have been notified.” The later statement did name him.

The police have updated their press release on the shooting to say that three people have died and three are in the hospital. Previous reports had indicated that two people died with one in critical condition and more wounded. King Von’s reps have not yet responded to Heavy’s request for comment. The Fulton County Medical Examiner’s office said it couldn’t release any information about the shooting death yet pending next of kin notification.

Atlanta police and the Georgia Bureau of Investigation are investigating a shootout in downtown Atlanta “that involved shots fired at off-duty officers,” reported WSB-TV.

On Friday November 6, 2020 at around 3:20am two off-duty Atlanta police officers were working an extra job at Monaco Hookah Lounge 255 Trinity Av SW. The officers were in uniform and a marked APD vehicle with its blue lights activated for visibility was parked nearby. The officers were outside the lounge when two groups of males started to argue with each other. The argument quickly escalated to gunfire between the two groups. One of the off-duty officers, along with an on-duty Atlanta police officer who was patrolling nearby, confronted the shooters and shots were fired during the encounter. Three suspects were located on-scene with gunshot wounds and were transported to the hospital by EMS. Three other suspects left the scene and were taken to the hospital by private vehicles. Two additional suspects were detained on scene.

Three of the persons shot in the incident have died as a result of their wounds and three others are being treated in area hospitals. The officers were not injured. The Georgia Bureau of Investigation was requested to respond and investigate the officer involved shooting aspect of the incident. Atlanta Police Homicide investigators responded to the scene and are investigating the homicides. Part of the investigations will include determining which individuals were struck by gunfire from the suspects and whether any were struck by gunfire from the officers. Charges are anticipated against the two suspects detained on-scene and additional charges are likely as the investigation continues.

The identities of the parties involved are being withheld pending notification of next of kin.

Please keep in mind the above information is preliminary in nature and could change as the investigation progresses or new information comes to light.

The shooting occurred outside Monaca Hookah Lounge on Trinity Avenue, according to the television station, which added that two people were killed, one person was in critical condition and two people were in stable condition.

The Atlanta Journal-Constitution reported that the incident “devolved into chaos.”

One person was struck by a car, according to the newspaper. The officers weren’t wounded; they were working security at the club while in uniform, the AJC reported.

Atlanta police Deputy Chief Timothy Peek said the incident ignited as an “argument between two groups of people” that turned “physical in the parking lot,” according to AJC. It was around 3 a.m.

None of the news sites named King Von, however, as they haven’t released the identities of the victims or shooters.

People offered prayers and tributes on Twitter to King Von as news spread of the shooting and then death. Here are some of those comments:

“How is king von dead wtf.”

“I don’t play about King Von now. He’s on of my favorites. Praying that he’s ok. This violence has to stop.”

“King Von one of the most talented rappers out right now, can’t afford to lose anymore in the game. Pull through.”

King Von is a Chicago-born rapper. According to AllMusic.com, King Von “got into his city’s drill scene after his fluid storytelling style caught the ear of more-established rapper Lil Durk. Durk signed King Von to his Only the Family label and released his viral 2018 single ‘Crazy Story,’ which was included on his debut, Grandson, Vol. 1.”

He was dating the rapper Asian Doll.