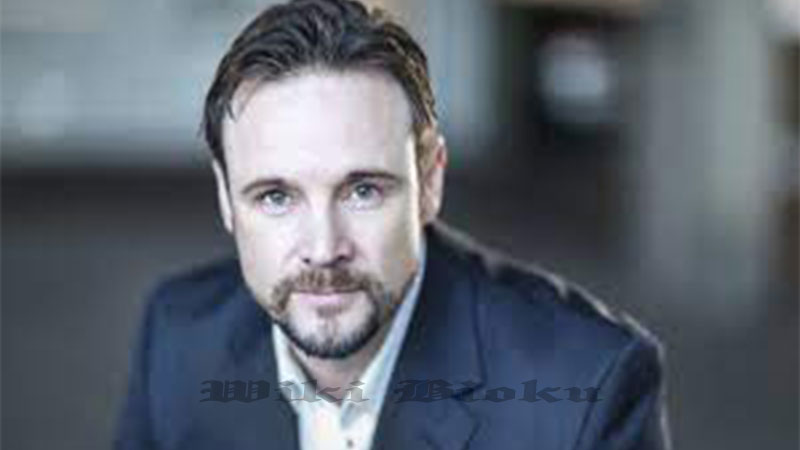 Kirby Morrow is the Canadian actor and voiceover actor, has died. Morrow was known for his appearances in Dragonball Z and Stargate.

According to Morrow’s Facebook page, he was living in Vancouver, British Columbia, at the time of his death. Morrow’s IMDb profile lists him as being a native of Jasper, Alberta, Canada. According to the profile, Morrow trained primarily at Mount Royal University in Calgary, Alberta. Morrow’s official website says that graduated at the top of his class.

Morrow also studied in Los Angeles, Paris, Toronto and Dublin, Ireland. According to IMDb, his trademark was to use “his natural speaking voice to voice all of his characters.”

Kirby Morrow has died at the age of 47-years-old.

Morrow’s most recent appearance was the voiceover role of Miroku on the anime series Yashahime: Princess Half-Demon. On November 3, 2020, VIZ Media announced that Morrow had been recast in the role. He played the same character in the TV series Inuyasha in 147 episodes from 2001 to 2004 and in InuYasha: The Final Act between 2009 and 2010.

Between 2011 and 2020, Morrow appeared as a voice in nearly 150 episodes of Ninjago and Ninjago: Masters of Spinjitzu. Early in his career, Morrow appeared in two episodes of The Outer Limits and voiced the iconic character of Michelangelo in Ninja Turtles: The Next Mutation. In total, there are more than 200 credits listed on Morrow’s IMDb page, including in Care Bears: Adventures in Care-A-Lot, Transformers: Cybertron, Kong: The Animated Series, X-Men: Evolution and Transformers: Armada. According to Morrow’s website, he had recently acted in several Hallmark movies.

Morrow said in a 2009 interview with GateWorld that he enjoyed voiceover work because “you can wear what you want, and there’s no heavy lifting. So, it’s a pretty fun job to go in, sit in a studio with people and just be really animated.”

During the same interview, Morrow said that he loved performing as a stand-up comedian. Morrow added that he wanted to act in a sitcom but so few are made in Canada.

Morrow described himself as being “self-employed” and a graduate of Jasper Senior High School on his Facebook profile. He was last publicly active on the page in June, promoting the virtual Stargate convention. Morrow was last active on his Instagram page on October 26. Morrow posted a photo of himself on an airplane while wearing a face mask. Morrow joked in the caption, “I f****** hate social media! It’s as user friendly as, I don’t know, whatever the s*******, most uncooperative thing in your life is.”

Kirby Morrow is the Canadian actor and voiceover actor who died on November 18 at the age of 47. Morrow was known for his appearances in Dragonball Z and Stargate: Atlantis. Morrow’s cause of death has not been made public.

Morrow’s brother, Casey Morrow, announced his brother’s death in a Facebook post. Casey Morrow wrote, “Kirby was a blessed and talented individual who brought joy to so many but also thrived off all your love and friendship. He lived for it and it fueled him every day.”

There is no good way to do this …
I am unbelievably saddened to have just received the news that my friend Kirby Morrow has passed away.
When he first auditioned for the role of Cole on Ninjago, he was our first and only pick to portray the rock of the Ninjago Team. pic.twitter.com/AqR4swEGaX

Morrow’s friend Jerry Cates also confirmed Morrow’s death in a Facebook post. Cates wrote in part, “You will be missed my friend.”

Morrow portrayed the role of Captain Davis Kleinman on Stargate: Atlantis. One of Morrow’s final public appearances came in a Stargate fans virtual convention in June 2020.

Fans and friends of Morrow reacted to the news of his death on social media. Ninjago creator Tommy Andreasen said he was “unbelievably saddened” by the loss of Morrow, who “was our first and only pick to portray the rock of the Ninjago Team.” Dan and Kevin Hageman, writers for Star Trek: Prodigy, LEGO Ninjago and other popular shows, wrote, “Our hearts are breaking right now over Kirby Morrow’s passing. He’s our Cole. He’s our rock. His work will live on.”