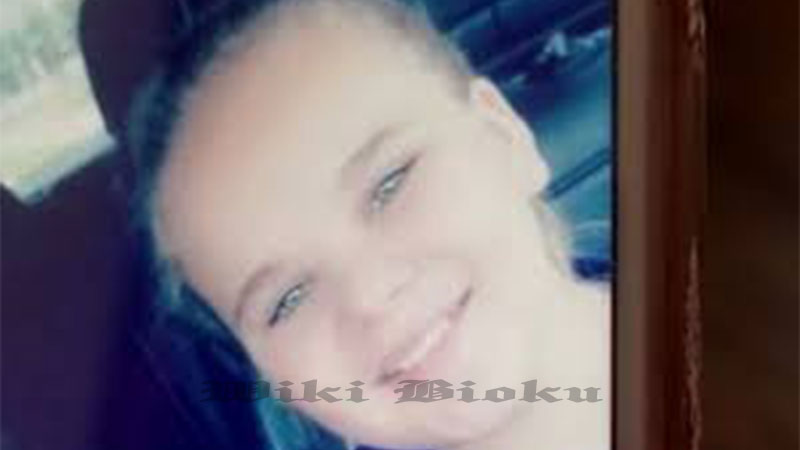 Kodie Dutcher is a missing Baraboo, Wisconsin, who is the subject of an Amber Alert. The community has rallied to help search for the child.

According to Fox 6, Kodie is considered “endangered.” She hasn’t been seen since 4 p.m. on July 6 in Baraboo.

The note read, “Mom, I love you, but I can’t do it. Bye,” according to Fox 6. Her full name is Kodie B. Dutcher. Police confirmed in the news conference that the girl left a note threatening self-harm. They are still looking into the prescription medications and what they were and the amount taken.

Baraboo police said the mother had tight control of the girl’s social media and noted nothing out of the ordinary. Nothing has been posted since the last moment she had contact with the family.

According to the Department of Justice guidelines for Amber Alerts, they require that:

There is reasonable belief by law enforcement that an abduction has occurred.
The law enforcement agency believes that the child is in imminent danger of serious bodily injury or death.
There is enough descriptive information about the victim and the abduction for law enforcement to issue an AMBER Alert to assist in the recovery of the child.
The abduction is of a child aged 17 years or younger.
The child’s name and other critical data elements, including the Child Abduction flag, have been entered into the National Crime Information Center (NCIC) system.

Police said the statewide alert was issued late on July 6. “They felt there was enough information that we could put out the Amber Alert,” Baraboo police said.

Compounding concerns for Kodie’s well-being, she left behind a heartbreaking note for her mother. The note read, “Mom, I love you, but I can’t do it. Bye,” according to Fox 6.

Jones reported that family members are concerned that Kodie was experiencing bullying and her mood may have changed lately. However, police said the girl had not shown signs recently of self-harm, other than the note. The family moved to the Baraboo area in April from out of state so they don’t know many people here, according to Baraboo police, who described the girl’s other as distraught and very cooperative. The girl seemed happy in Baraboo but wasn’t in school long enough to establish friends in the area because of COVID-19 affecting the school season, said police.

There were no previous police calls to the family’s residence.

The family was supposed to vacation at Lake Tomahawk. The family told Jones they had moved to Baraboo just in the last year. “It hasn’t been very long that they had been there,” she said, adding that they wished Kodie could see how many people have been searching for the girl.

Canine teams were coming from in and out of state, according to Baraboo police. “We have very little information on where she went,” police said.

“Kodie has been missing since 4:00 pm on 07/06/20. Kodie is suspected to have taken an unknown amount of pills and may be suicidal,” the alert says. “Emergency Services have checked the area but have not been able to locate Kodie. She left behind her cell phone and shoes. Any information on Kodie’s whereabouts please contact the Baraboo Police Department at (608) 963-5622.”

The last contact the mother had with Kodie was at 4 p.m. via a video chat on social media. The mother discovered Kodie missing when she arrived home from work around 4:30 p.m. She expressed to the police that her daughter was excited because they were supposed to go camping in Minocqua with family on July 7.

Police gave a live update on Kodie’s case on July 7:

Baraboo police said they were originally dispatched to apartments in Baraboo for a missing juvenile and spoke to the mother. Information obtained from the initial search of the residence suggested Kodie had threatened self-harm. A search was conducted that included drone teams. They are still seeking volunteers to help look for Kodie.

The alert says that the child “is believed to be on foot.”

According to NBC 15, many people have shown up to help search for the missing girl.

The reporter, Amelia Jones, said in a live video that the Amber Alerts started at 11 p.m. on July 6, and then were sent out again on July 7. She said that an on-foot search was being conducted and family members and strangers together were searching all night for Dutcher. The Amber Alert went out statewide. Authorities also searched by drones. “So far, they have not been able to find Kodie Dutcher.”

In a statement, Sauk County Emergency Management advised, “Please DO NOT attempt to search heavily wooded areas or cornfields during the overnight hours. This is extremely dangerous given some of the terrains in the area. Do not go on to the private property and Do not go where you are unable to see due to darkness. The help is appreciated and we will advise if additional assistance is needed for planned area searches.”

The family and friends of Kodie are in a circle and praying right now for her safe return. @nbc15_madison #WakeUpToMore pic.twitter.com/v51DOjs9AP

The site noted: “Baraboo first responders are currently looking for a missing 10-year-old female. She was last seen in the 1100 block of 12th St. at approximately 4 PM in the city of Baraboo. She is approximately 4’8″ tall, blonde hair, and weighs approximately 110 pounds. She was last seen wearing a pair of overalls and possibly no shoes. Her name is Kodie and has recently moved to the area. If you know her whereabouts or see her please call 911. There is also a picture of her on the Baraboo Police Department Facebook page. As always, thank you for your assistance.”

All of her shoes were in the residence, police say.