Who Was Kristy Manzanares? Wiki, Biography, Age, Family, Cause Of Death 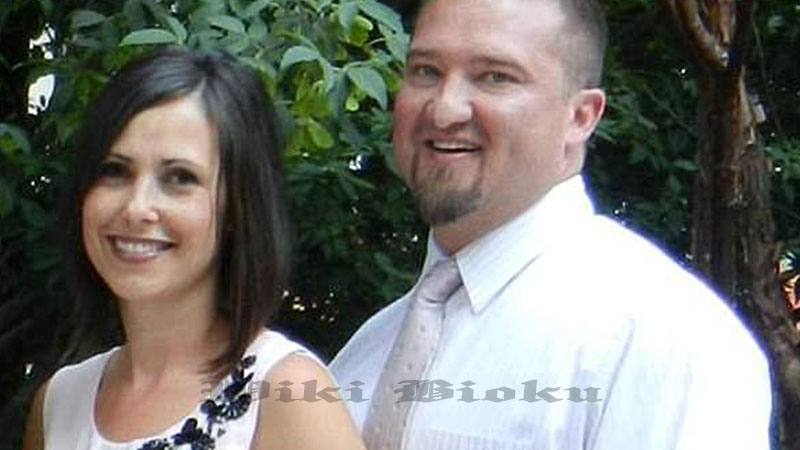 Kristy Manzanares was the wife of Kenneth Manzanares, who has died.

A Utah man has been sentenced to 30 years in prison for beating his wife to death with his bare hands on a 2017 Alaska cruise.

According to federal prosecutors, Kenneth Ray Manzanares, 43, of Santa Clara, killed Kristy Manzanares, 39, on the night of July 25, 2017, after she indicated that she wanted a divorce. Kristy Manzanares had asked her husband to disembark from the ship, the Emerald Princess when she docked in Juneau and to return alone to Utah.

Two of the couple’s three daughters witnessed part of the murder. His eldest daughter, now 26, has autism and cerebral palsy, court records show.

Kenneth and Kristy Manzanares were high school sweethearts who had been married for 18 years at the time of the murder. According to Kristy Manzanares’ obituary, she studied interior design in school and was a successful design consultant and Realtor.

Her daughters were the “light of her life,” the obituary read.

“Her infectious, beautiful smile and sweet, compassionate soul will forever be remembered by all who knew Kristy,” her family wrote. “She made everyone who came in contact with her feel important (and) special and put a smile on their face. Because of that, she was adored by all, and we are all blessed to have had Kristy in our lives.”

Before his arrest, Kenneth Manzanares held several jobs, including managing a Walgreens and working as a bail bondsman.

Kenneth Manzanares’ sister, Teresa Velasquez, wrote to the court that the couple’s relationship was one she had always admired.

“They were always so affectionate towards one another, and once their girls were born, you could see the love and the tight bond they all had,” Velasquez wrote. “This all makes everything so much harder to understand why this happened and why my sister-in-law is not with us anymore. I miss her every day.”

Velasquez wrote that her brother needed to be punished to give the family’s “beloved Kristy” justice, but she implored the judge to make a fair decision.

Kamryn Manzanares, the couple’s middle daughter, also wrote to the judge about her father. She recalled the efforts her father put forth to not only take care of his family but to ensure that they experienced joy.

“My dad was always going out of his way to make sure me, my sisters and my mom were happy,” Kamryn wrote. “I remember times when my mom would see something at the store that she liked but wouldn’t get it. My dad would go to the store the next day to buy the things that my mom had said she wanted.

“He always wanted to see his girls happy.”

It is not totally clear what changed, or when, but the couple and their three children, along with Kristy Manzanares’ father, her brothers, and their families all departed Seattle on the Emerald Princess on July 23, two days before the murder. One of the couple’s daughters posted a photo that day of the ship, along with an image of her cruise key card.

On the morning of July 25, the couple went on a fishing excursion in Ketchikan, Alaska, while the ship was there for a port of call. Defense witnesses described the couple as “lovey-dovey” on the fishing trip, but prosecutors allege that Kenneth Manzanares, who had been drinking after their return to the cruise ship, began behaving very badly.

At dinner that night, he was “forcibly kissing Kristy against her wishes,” the agreement states. One of Kristy Manzanares’ brothers got into an argument with Kenneth Manzanares and the couple left the dinner for Cabin D726, the 323-square-foot stateroom in which they were staying on Deck 9, toward the stern of the ship.

Joined by their oldest and youngest daughters, the couple argued about Kenneth Manzanares’ behavior, at which point Kristy Manzanares said she was “done” with him.

“She kept saying, ‘I’m done. We need to figure out a way to get you off the boat in Juneau. I knew you’d find a way to ruin this trip,’” Kenneth Manzanares told police, according to transcripts.

When the topic of divorce came up, Kenneth Manzanares told the children to leave.

Cause Of Death & Husband Arrested

A Utah man has been sentenced to 30 years in prison for beating his wife to death with his bare hands on a 2017 Alaskan cruise.

According to federal prosecutors, Kenneth Ray Manzanares, 43, of Santa Clara, killed Kristy Manzanares, 39, the night of July 25, 2017, after she indicated she wanted a divorce. Kristy Manzanares had asked her husband to disembark from the ship, the Emerald Princess when it docked in Juneau and to go home alone to Utah.

Two of the couple’s three daughters witnessed part of the murder. Their oldest daughter, now 26, has autism and cerebral palsy, court records show.

One of the little girls from that room came running out, calling for help, (saying) that her parents had been in a fight,” Chris Ceman, a passenger staying in a room across from the couple, told CBS News. “She sounded pretty desperate, but the crew came up as quickly as they could.”

#Breaking: Kenneth Manzanares was sentenced to 30 years in federal prison for the murder of his wife, Kristy Manzanares, onboard a cruise ship in southeast Alaska. A statement from the #FBI is below.

Kristy Manzanares’ parents and two brothers were also on the cruise when she was slain, authorities said. When one of her brothers, Dallas Hunt, arrived in the couple’s cabin just before 9 p.m. that night, he found Kenneth Manzanares dragging Kristy Manzanares onto the cabin’s balcony.

Prosecutors theorized that he was going to throw his wife over the railing and into the water.

Hunt grabbed his sister’s ankles and pulled her back inside the cabin. She died at the scene of blunt force trauma to the head and face that included multiple skull fractures.

The beating was so violent that Kristy Manzanares was left unrecognizable. She was buried following a closed-casket funeral.

In the months before the murder, Manzanares was taking a combination of Adderall, testosterone, amphetamine-like weight-loss drugs, opioid pain medication, and a drug used for erectile dysfunction, defense documents allege.

“Testosterone use is a well-known cause of the manic switch,” defense attorneys wrote. “Manic switch describes a process by which mania is induced in a susceptible person by ingestion of substances. The medical records show that Mr. Manzanares obtained his prescription of testosterone from the pharmacy just days before leaving () Alaska, and he injected double the prescribed dosage, resulting in a manic switch.”

The defense sought a sentence of seven and a half years. They cited the medical records, the witnesses who insisted there was no previous domestic violence in the couple’s marriage, and the wishes of their children.

“Although they still hold their father responsible, they also understand that his impairments played a major factor in the events that occurred, and they have already lost one parent,” defense attorneys wrote.

During Manzanares’ sentencing hearing on Thursday, U.S. District Judge Timothy Burgess found that experts involved in the case had failed to adequately prove the factors that led to the crime.

Kristy Manzanares’ family issued a statement last week stating that the 30-year sentence “brings (them) neither joy nor anger.”

“Rather, (it is) simply a sense of resolution. We believe that the court made a fair and just determination. However, the legal system does not, and is not intended to, fill the emotional void of our loss,” the statement said, according to The Associated Press. “While this marks the end of another chapter of this unimaginable ordeal, the fact is that Kristy’s three girls are still without both of their parents, and our focus now is to support them as best we can.”

“No excuse can justify the savagery committed by this man, who will now spend the next three decades behind bars,” said Robert Britt, special agent in charge of the FBI’s Anchorage field office.

The FBI investigated the murder, which took place while the cruise ship was in U.S. territorial waters outside of southeast Alaska. Court records show that the ship was about 7 miles from Forrester Island, a small island off the coast of the Alaskan panhandle.

Prosecutors sought a life sentence for Kenneth Manzanares, who they argued has a history of anger issues. In court documents, they wrote that the defendant had “used his fist like a hammer on the face of his wife” during the fatal beating.

Manzanares’ defense team claimed that their client, who had no prior criminal history, has an IQ of 80 and brain injuries from playing contact sports.

According to the defense, the damage, combined with undiagnosed bipolar disorder and “a problematic combination of prescribed medication and alcohol, resulted in an aberrant episode of violence,”.