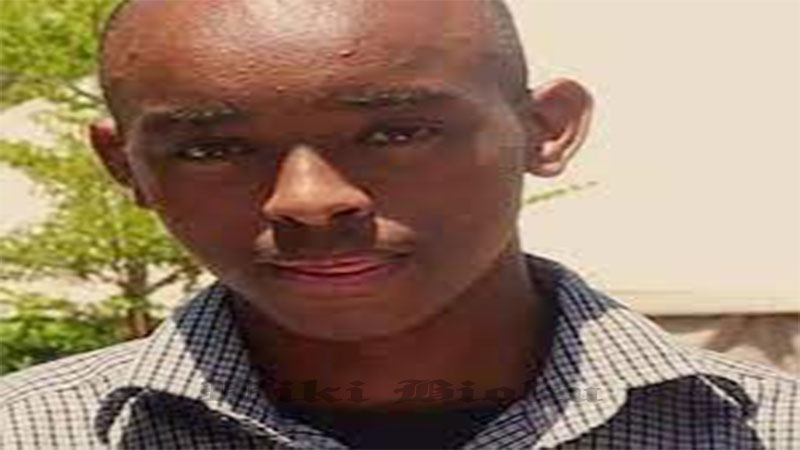 Lawrence Warunge, A man who is accused of murdering five of his family members told police he was inspired to do so by the British dark comedy thriller series Killing Eve. University student Lawrence was arrested on January 8 after a three-day search for him and has been named the prime suspect in the slayings that took place just outside Nairobi, Kenya, The Star reported.

Warunge’s father had only returned to Kenya from the U.S. for the Christmas holidays, just a couple of weeks before his murder. According to The Star, he worked as a nurse in the U.S. Warunge’s mother Annie was a psychologist nurse with Kiambu County Government, the outlet wrote.

Warunge also has two sisters but they were unharmed in the incident as they were both attending secondary school at the time of the murders, The Star reported. Warunge was a second-year university student at Mt.Kenya University, Citizen Digital wrote, where he was studying to obtain a bachelor’s degree in business in IT.

Investigators are now looking into whether these murders are linked to other slayings in the family that occurred in previous years.

According to the outlet, he confessed to authorities after his arrest and directed investigators to a residence where the murder weapon, a kitchen knife, was retrieved. Police said Warunge’s parents, Nicholas Njoroge Warunge and his wife Annie, his two brothers Christian and Maxwell, and a worker named James Kinyanjui were found brutally killed at their residence on January 5 and Warunge had been missing since then.

Police said Warunge showed officers where to find the kitchen knife and some other evidence which he had hidden and burnt some of it on a property, The Star wrote. Police have said that despite Warunge saying he killed the five people on his own, they are investigating whether others were involved and Warunge’s girlfriend is being questioned.

Warunge confessed to investigators and described the killings in horrifically vivid detail, saying he killed the worker first in his house which was separate from the main residence. He then entered the main house by the back door and killed his mother first. He then killed his two brothers Maxwell and Christian, who had just turned 13 on December 26.

He said his father attempted to escape by jumping off a balcony, fracturing his leg when landing. “He says the father was hit by an electric cable as he ran away and jumped off the balcony and was indisposed further after he fractured a leg. This gave him time to catch up with him and killed him like a snake,” an officer recounted to The Star.

Warunge’s father, Nicholas Njenga Warunge, was found dead with 34 stab wounds, the outlet reported. Although no motive has been provided by investigators at this time, authorities said Warunge told them his parents were “satanic and killers” and “deserved to die,” The Star wrote. He told officers he was inspired by one of Killing Eve‘s main characters, fictional assassin Villanelle, who in the third season is seen murdering her family in cold blood, Citizen Digital reported. He said his family was speaking ill of him behind his back, he told investigators.