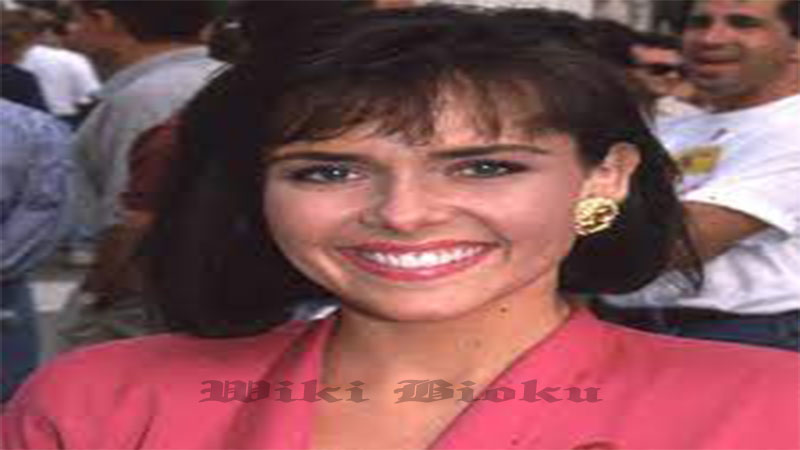 Leanza Cornett is the former Miss America has died. Cornett won Miss America in 1993. She was 21 years old when she won the competition.

Leanza Cornett was an American television personality and beauty pageant titleholder who was crowned Miss Florida 1992 and Miss America 1993, has died.

Cornett was a 1989 graduate of Terry Parker High School. She was inducted into the school’s Hall of Fame in 2006.

She was previously National Sweetheart 1991.

As Miss America 1993, she became the first beauty queen to adopt AIDS awareness and prevention as her platform for her year of service. She became one of the first Miss America titleholders to refuse to wear the Miss America crown at public appearances.

In addition to her Miss America victory, Cornett was also a reporter on Entertainment Tonight for a period in 1995.

Cornett described herself on her Twitter page as a “Mother, daughter, Christian woman, Activist, Foodie, former Miss America, Patriotic American, world traveler, music lover.” At the time of her death, Cornett’s Twitter page has been set to private. According to Cornett’s LinkedIn page, she was the president of Cornett Entertainment. Cornett’s IMDb page details that in addition to her time on Entertainment Tonight appearances, Cornett made appearances in CSI, Saved by the Bell: The New Class and Weeds.

In April 2006, Cornett was named as part of the hall of fame of her alma-mater Terry Parker High School in Jacksonville, Florida, reported the Florida Times-Union at the time. Cornett was a native of Big Gap, Virginia, but grew up in the Jacksonville-area.

In September 1993, The New York Times quoted Cornett as saying that the Miss America pageant should remove the bathing suit element of the show. In 2018, following the appointment of Gretchen Carlson as chairperson of the Miss America Pageant, Carlson announced moves to make the pageant more orientated toward personalities rather than appearances. Cornett told the Washington Post were on board with Carlson’s decision. Cornett said, “We were all on board. It was a love fest.”

Cornett reiterated her objections to the bathing suit portion of the show in an interview with the Tampa Bay Times saying, “I hated it. I always felt awkward and uncomfortable. In the climate of #MeToo, I think it’s a really wise decision. We’re living in a different era now, and when we move forward for the empowerment of women, we will be taken much more seriously, and I think that’s huge.”

Cornett said that the boyfriend broke up with her during her first year of college but that the pair later became friends. According to Cornett’s Facebook page, she studied communication arts at Jacksonville University, graduating in 1991. Cornett’s college enrollment created a minor issue surrounding her eligibility for the Miss Winter Park pageant in Florida, reported the Orlando Sentinel at the time. When the issue was brought up on an episode of Larry King Live, the Sentinel quoted the legendary host as asking the complainant, “What’s the big deal?”

Leanza Cornett has died at the age of 49-years-old.

She was the first actress to play a live-action version of Ariel, the title character from The Little Mermaid, at the “Voyage of The Little Mermaid” show at Disney’s Hollywood Studios at Walt Disney World Resort in 1991 and was a member of the contemporary Christian music group Area Code, which released their single album, One Big World, before Leanza’s big break.

She also served as a host for several television shows, including Entertainment Tonight (1994–1995), New Attitudes (1998), and Who Wants to Marry a Multi-Millionaire? (2000), and made television guest appearances in television series such as Melrose Place, The Tick, and Fear Factor. In addition, she served as a reporter for Animal Planet’s coverage of the Eukanuba AKC National Dog Show programs and hosted the “On The Block” show on DIY Network.

Cornett said in a 2015 interview that her initial feeling after hearing host Regis Philbin read out her name as the winner was that it was a mistake. One of Cornett’s other thoughts was:

I thought about the boyfriend who’d broken up with me and hoped he and his whole family were watching. I was just stunned. Completely stunned. Have never been so shocked in my whole life.

Cornett is survived by her two children, Kai Steines, 18, and Avery Steines, 16. Cornett was married to Mark Steines from 1995 until 2013.

A People Magazine feature in Cornett from October 2000 said that Cornett went to work for Entertainment Tonight following her Miss America victory. She was fired from the show in 1995, shortly after her wedding to Mark Steines. Steines would replace Cornett on the show.

US Weekly reported in January 2013 that Cornett and Steines split up. A source close to Steines told the magazine at the time, “Mark is trying to keep things as upbeat and positive as possible.”

In a separate report on the couple’s split, US Weekly reported that Steines and Cornett were married on the Hawaiian island of Kauai. Page Six reported that the family’s former home in Ojai, California, was listed for sale in the summer of 2015.

Steines remarried children’s author Julie Freyermuth in Los Angeles in August 2016, according to Brides.com. In a statement on Cornett’s death, Steines said:

It is with a heavy heart that I share with you the passing of my ex-wife , Leanza the mother to our two extraordinary sons Kai and Avery. We will always remember the wonderful times shared during her short time here on earth. I find comfort knowing Kai and Avery will forever have the best guardian angel watching over them as they navigate life’s path. I ask that you please keep them as well as Leanza’s parents and her family in your prayers.

Leanza Cornett is the former Miss America who died on October 28 after she sustained head injuries.

Cornett’s death was announced on the Facebook page for Leanza Cornett’s Circle of Love. The post read, “I’m here to let you know Leanza passed this afternoon. She was so loved. I don’t feel like writing a lot right now; my heart is broken.” According to an earlier post on that page, Cornett suffered a head injury on October 12. After receiving her injuries, Cornett underwent emergency surgery. The exact circumstances surrounding Cornett’s injuries were not immediately made public.

In paying tribute to Cornett on Twitter, the former beauty pageant winner’s friend Kate Shindle wrote, “Heartbroken to hear about the loss of @LeanzaCornett. A trailblazer, an amazing talent, a human who fought for the world to be better and took the time to share what she had learned when I, too, aspired to use the @MissAmerica title in the battle against HIV/AIDS. #RIP, my friend.” Cornett’s death was noted on the Facebook page for the Miss America Organization. The tribute read in part, “Leanza had a bright and beautiful spirit and her laugh was infectious. We know she meant so much to so many, including all of you.”

Prior to her Miss America victory in 1993, Cornett was named as Miss National Sweetheart in 1991. An undated online profile on Cornett says that she began competing in beauty pageants as a means to earn scholarship money for college.