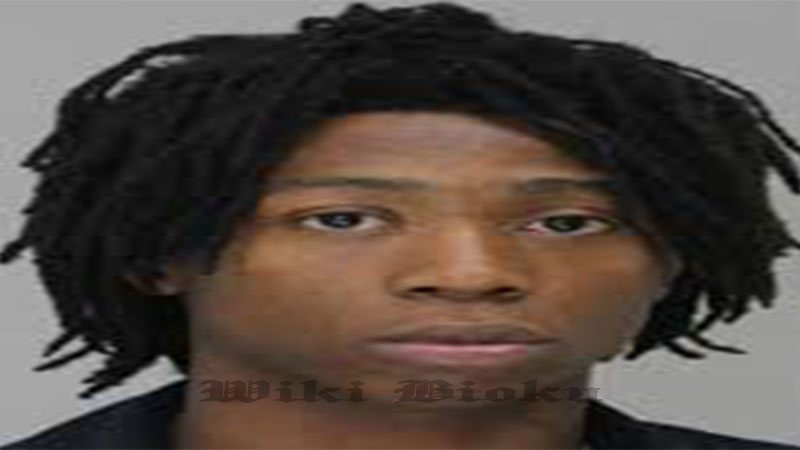 Lil Loaded, Dallas rapper has been charged with murder for allegedly gunning down an 18-year-old man, authorities said.
The rapper, whose real name is Dashawn Robertson.

Lil Loaded first came to public attention with his 2019 song “6locc 6a6y.” The track now has over 65 million streams. He is signed to Epic Records, and his latest mixtape, A Demon in Blue, came out in early October. Loaded was named one of Complex’s Rappers to Watch in 2020 in January and he sat for an interview to discuss his rise in March.

Complex has reached out to a representative for Lil Loaded at Epic Records for comment.

Up-and-coming Dallas rapper Lil Loaded turned himself in to authorities on Monday evening, after a warrant went out for his arrest in a murder case.

The 20-year-old rapper, born Dashawn Robertson, walked into Dallas County Jail at 6:04 p.m. on Monday, and was promptly arrested on an outstanding warrant for murder, the Dallas County Sheriff’s Department tells Complex.

“He was booked in by the Dallas County sheriff’s office, by one of our deputies,” Public Information Officer Raul Reyna confirmed.

Lil Loaded is accused of shooting and killing 18-year-old Khalia Walker on Oct. 25. Police received calls about a shooting in the Woods neighborhood of Dallas at around 2:40 p.m. that day. When they showed up, they were informed that Walker had been driven to a nearby hospital, where he died about two hours later. The Sheriff’s Department confirms to Complex that a rifle was used in the shooting.

The affidavit in the case gives more details. Sworn out by Detective John Valdez, it says that Lil Loaded, Khalia Walker, and a witness named Cameron Walker were outside Khalia’s house when two shots went off. Walker’s sister Khija ran outside and saw her brother “lying on the street with a gunshot wound to his torso,” with Lil Loaded and Cameron Walker standing over him. One of them yelled at her to call 9-1-1.

While they were waiting for the ambulance, the document continues, Khija “picked up [Lil Loaded’s] phone and saw a video taken on the phone showing the suspect shoot the complaintant.” After that, Cameron Walker and Lil Loaded took Khalia to the hospital in Loaded’s car. Afterwards, Lil Loaded brought Cameron Walker back to the house where the shooting happened and then fled.

“He was shooting a video and shots went off,” Cotton says of what he’s been told, which he admits is “hearsay.” “It was an accident. It wasn’t like they got into an argument. Shots went off, [Walker] got shot, and he died, unfortunately.”

Lil Loaded’s bond has been set at $500,000. It has not been paid as of this writing, the Dallas County Sheriff’s Office confirms, and he is currently incarcerated at Suzanne Lee Kays Detention Facility in Dallas, according to county records. If his bond is paid, Lil Loaded will be released to electronic monitoring. According to the Dallas County District Clerk’s Office, no court date has yet been set for a grand jury hearing. At that hearing, which the rapper will not attend, a jury will determine if there is enough evidence to charge him with the crime.

This is not Lil Loaded’s first brush with violence in recent months. Over the summer, he went on Instagram Live from a hospital bed, captioning the session, “Ya boy done got shot.”

Who Was Khalia Walker

Khalia Walker’s likeness, age, and other identifying details seem to indicate that he went by Savage Boosie. Savage Boosie is pictured with Lil Loaded in an Instagram photo uploaded nine days before the Oct. 25 shooting.

Lil Loaded’s most recent Instagram post, from the day of the shooting, is a short video of someone who appears to be Walker with the caption, “So much love fa u they thought we had the same mama 🙏🏾😔 ima see u soon.”

Throughout the morning on Tuesday, rumors circulated online.

Shawn Cotton of the media outlet Say Cheese TV, a resident of the Dallas-Fort Worth area who has been covering the story, tells Complex that he has heard Walker is Savage Boosie. Cotton says Walker and Lil Loaded were “really good friends,” which is the same thing Walker’s sister told the police. Cotton says that he’s talked to people in Lil Loaded’s neighborhood and “people in his camp” about the incident.