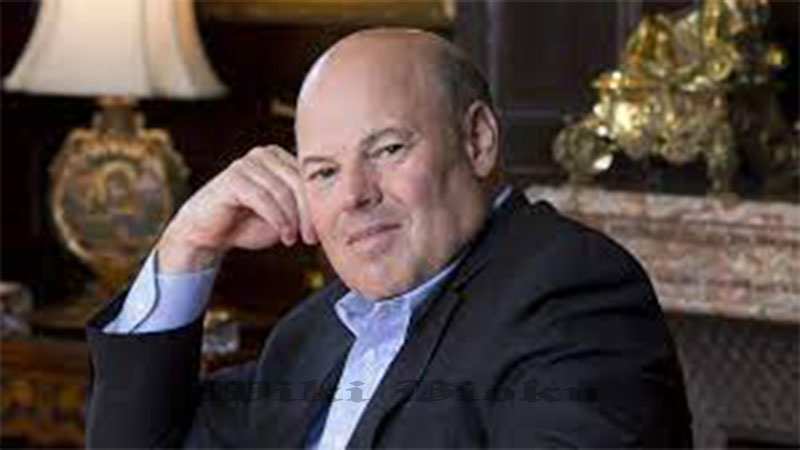 Louis DeJoy was appointed by the Board of Governors of the United States Postal Service (USPS) as the Postmaster General and CEO of the agency, In May 2020, becoming the 75th person to hold that position. DeJoy’s appointment has been met with some criticism by Democrats who are concerned about the politicization of the government agency in an election year when voting by mail will be more important than ever. DeJoy took office on June 15, 2020.

The postmaster general was born and raised in Brooklyn, New York.

Although day one of move-in weekend is coming to a close, things are just getting started for all of our Hatters! Don’t forget to follow our #SaferStetson reminders posted around campus. pic.twitter.com/M6CvlByd4g

According to his foundation’s website, DeJoy obtained a bachelor’s degree in business administration with a major in accounting at Stetson University, in Florida. He first worked as a certified public accountant in Florida. While speaking to business students at an Elon University event, DeJoy said he quickly realized that working as an accountant and filing others’ tax returns was not what he wanted to do, although at the time he thought it “seemed like the right thing to do.”

He told the audience that his father’s small trucking company was on the verge of collapse at the time, so he decided to save the business. Not only did he save the company, but he transformed it into a “multi-million dollar logistics company” called New Breed Logistics that he then sold in 2014 to XPO Logistics for $615 million, Elon News Network reported.

In 2017, Elon University awarded DeJoy with its Medal for Entrepreneurial Leadership. At the time, DeJoy said, “I was an entrepreneur, once. The rest of my life has been implementing and operating my plan, and that is where the success comes.” DeJoy is a member of the Board of Trustees at North Carolina’s Elon University.

DeJoy is married to Aldona Wos, a Polish-American physician and former ambassador who has been nominated by Trump to serve as the next U.S. ambassador to Canada. In addition to serving as the U.S. ambassador to Estonia from 2004 until 2006 in George W. Bush’s administration, Wos was also the secretary of health and human services for North Carolina between 2013 and 2015 and currently serves as the vice-chair of the President’s Commission on White House Fellowships, the federal program which reviews candidates for White House fellowships.

Prior to her political career, Wos worked as a physician for two decades in pulmonary care and internal medicine. Together with her husband, Wos founded the Louis DeJoy and Aldona Wos Family Foundation in 2005. Its goal is to “support and invest in organizations that provide opportunities for individuals to advance their education, explore career options, broaden their horizons, forge lasting relationships and become engaged contributors to their communities and society.”

The couple has two children together, twins Ania and Andrew, and lives in Greensboro, North Carolina.

DeJoy is a longtime Republican and a Trump campaign donor who has contributed over $1.2 million to the Trump Victory Fund and millions to various Republican Party candidates and organizations, according to Federal Election Commission records obtained by NPR. DeJoy’s appointment to the postmaster general position in May 2020 meant that for the first time in nearly two decades, the position was not filled by a career postal employee.

Louis DeJoy is the Betsy DeVos of the Postal Service, and he’s sabotaging his own agency when its work has never been more important. https://t.co/9PNMdvuDIk

Since his appointment, DeJoy has made major changes to the postal service, including cutting back on overtime costs and delaying delivery of late-arriving mail. On Friday, August 7, the postal service announced an overhaul of its key leadership figures in what’s been dubbed a “Friday Night Massacre” by critics on social media. According to the Washington Post, 23 executives were reassigned or displaced in a move that’s seen by analysts as strengthening power around DeJoy and which “de-emphasizes decades of institutional postal knowledge.”

During his appointment announcement, the USPS’s Board of Governors said DeJoy “understands the critical public service role of the United States Postal Service, and the urgent need to strengthen it for future generations.” President Donald Trump has frequently criticized the postal service and called it a “joke,” threatening to cut funding to the agency if they don’t make widespread changes, the New York Times reported in May.

When his appointment was announced, many critics voiced their concerns with the decision. Democratic Representative Alexandria Ocasio-Cortez wrote on Twitter: “GOP is naming a political operative with no USPS experience as the Postmaster-General right before an election where millions of people will try to vote by mail to save their own lives. They are eroding our democracy and crushing our public institutions before our very eyes.”

Gerry Connolly, another Democratic Representative, told NPR: “The idea that we would appoint and accept the appointment of a partisan political donor with no credentials … is reckless and irresponsible … and a stick in the eye by Trump to a service Americans count on every day.”

Conservative commentator William Kristol wrote on Twitter: “Louis DeJoy, Trump supporter and top fundraiser for the GOP Convention, will be the new postmaster general. For vote by mail, this seems like putting a fox in charge of the hen house. Should Congress specify ways the Post Office has to cooperate with states’ vote by mail efforts?”

DeJoy was the CEO and chairman of New Breed Logistics from 1983 to 2014, a contract logistics handler. According to his USPS profile, DeJoy collaborated in that position for decades with “U.S. Postal Service, Boeing, Verizon, Disney, United Technologies and other public and private companies to provide supply chain logistics, program management, and transportation support.”

The company was a USPS contractor for over 25 years and received four quality supplier awards from the government agency. The company merged with XPO Logistics in 2014, after which DeJoy became the CEO of its supply chain business in the Americas, his bio reads. He retired from the company in 2015 and served on its board of directors until 2018.

According to an article from Elon University, “By the time New Breed Logistics sold to XPO Logistics, [DeJoy] had built it to a company with $800 million in annual revenue that employed 10,000 people and had become the ninth-largest privately held company in North Carolina.”

DeJoy’s foundation’s website indicates that he is currently the president of LDJ Global Strategies, “a strategic real estate investment and consulting company based in Greensboro, North Carolina.” The company was recently in the news for its successful near-$2 million bid on the Edgeworth building in Guilford County, a government-owned building.

In addition to his real estate investments, BizJournals reported that DeJoy is the national finance chairman for the local organizing committee for the 2020 Republican National Convention in Charlotte. He also sits on the board of trustees of multiple organizations, including the PGA Wyndham Championship, The Fund for American Studies in Washington, DC, and the Piedmont Triad Partnership