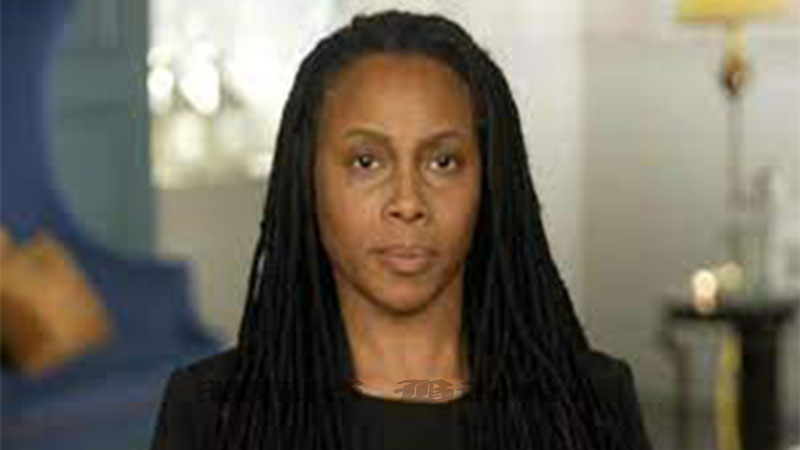 Marcella Nunez-Smith is an associate professor of medicine and epidemiology at the Yale School of Medicine, where she is also Associate Dean for Health Equity Research and founding director of the Equity Research and Innovation Center. She is one of three co-chairs of President-elect Joe Biden’s COVID-19 task force.

Dr. Marcella Nunez-Smith is one of the medical professionals asked to serve as an advisor to President-elect Joe Biden and Vice President-elect Kamala Harris as the nation continues to battle the coronavirus. Nunez-Smith is an associate professor of internal medicine and epidemiology at the Yale School of Medicine. Her research focuses on disparities in health care, especially access to quality care.

Nunez-Smith was named as a co-chair of the Transition COVID-19 Advisory Board, along with Dr. David Kessler and Dr. Vivek Murthy. Biden explained in a news release, “Dealing with the coronavirus pandemic is one of the most important battles our administration will face, and I will be informed by science and by experts. The advisory board will help shape my approach to managing the surge in reported infections; ensuring vaccines are safe, effective, and distributed efficiently, equitably, and free; and protecting at-risk populations.”

Nunez-Smith grew up on St. Thomas in the U.S. Virgin Islands. Her upbringing influenced her decision to pursue a career in medicine. As the Yale School of Medicine wrote in 2015, Nunez-Smith said she witnessed community members struggle with health problems due to a lack of access to quality care and she was inspired to do something about it.

Nunez-Smith was also raised by a health care professional. Her mother was a nursing professor. According to Yale, her godfather was a surgeon.

Nunez-Smith explained in a 2018 interview that her personal experience during her residency program further guided her toward disparity research. She explained how some colleagues consistently confused her with another Black resident and it made her think, “What does it look like for our profession to support diversity?” Nunez-Smith added, “People of color in hospitals and practices are often invisible and must deal with climate and culture issues all the time. For example, patients might refuse to accept that a person of color is a physician, even with data they have—like seeing a stethoscope.”

Nunez-Smith attended Swarthmore College, a private liberal arts school in Pennsylvania, for her undergraduate degree. According to her LinkedIn profile, Nunez-Smith earned a bachelor’s degree in Biological Anthropology and Psychology. She graduated in 1996.

Her next stop was Jefferson Medical College in Philadelphia. Nunez-Smith earned her medical degree in 2001. According to her Yale bio, Nunez-Smith was inducted into the Alpha Omega Alpha Medical Honor Society while a medical student.

She stayed on the east coast for her residency program. Nunez-Smith focused on internal medicine at Brigham and Women’s Hospital, which is one of Harvard University’s teaching hospitals.

Nunez-Smith returned to the classroom after completing her residency. She earned a master’s degree in health sciences in 2006 from Yale University. Nunez-Smith joined Yale’s faculty that year, as well.

Nunez-Smith has been a leading voice since the beginning of the coronavirus pandemic. In April 2020, she was named to the Reopen Connecticut Advisory Group by Gov. Ned Lamont. The group was tasked with fighting out how businesses and schools could operate safely.

In May 2020, Nunez-Smith discussed how the coronavirus was threatening communities of color in an online discussion, which can be watched in its entirety here, with The Community Foundation for Greater New Haven. “Whether we’re in Louisiana or in Chicago or here in New England, the same pattern repeats. Black and brown communities have been disproportionately hit, devastatingly so,” Nunez-Smith said. She cited that in Louisiana, as much as 70 percent of the state’s covid-related deaths occurred within the Black community.

Nunez-Smith was already familiar with the Biden team before she was announced as co-chair of the COVID-19 Advisory Board. Nunez-Smith, Kessler and Murphy all advised the Biden campaign at various points since the pandemic began, as STAT News reported.

Nunez-Smith is the founding director of the Pozen-Commonwealth Fund Fellowship in Health Equity Leadership, which is within the Yale School of Management. The two-year program trains physicians on how to spot discriminatory practices within the health care system. The goal is to make sure all populations have equal access to quality care. The fellowship is open to nurses, doctors and physician assistants and participants earn an MBA.

Nunez-Smith also helped to develop a program to better identify patient discrimination. The tool was called the Patient-reported Experiences of Discrimination in Care Tool, or PreDict. According to Nunez-Smith’s Yale bio, the program “can be used to assess the patient-centeredness of the care experience, to compare and report on hospital-level performance, and to ultimately improve the quality of care delivery within healthcare organizations.” In the abstract for the study, Nunez-Smith explained the need for such a tool:

Racial/ethnic minority and female patients in the United States often have worse healthcare outcomes when compared with white and male patients even when controlling for insurance status, education, and other socioeconomic factors. A growing body of research seeks to understand the contribution interpersonal and institutional bias to these observed inequities. However, efforts to further describe and reduce patient experiences of healthcare discrimination are limited by the lack of a standardized approach to capture this phenomenon.

In a September 2020 interview with Yale Insights, Nunez-Smith commented that in 2020, Americans at-large seemed to become more aware of existing inequalities and the need to fix them. “It seems like there’s an awakening around this question of disparities, particularly when it comes to race and ethnicity, Nunez-Smith said. “I have an appreciation for the curiosity that I’m experiencing from people who are eager and hungry to learn more. I like now being able to get up in front of audiences and not having to justify my existence, which is what it can often feel like.”

Nunez-Smith is the founding director of Yale’s Equity Research and Innovation Center. As the Biden-Harris Transition team summarized in the news release about the COVID-19 Advisory Board, her research “focuses on promoting health and health care equity for structurally marginalized populations.”

The organization further explains on its website that the research team works to “develop and disseminate evidence-based models” that showcase why gaps between different populations exist within the health care system. The goal is to identify problem areas and come up with solutions for improving “health and health care outcomes for historically vulnerable populations.” Nunez-Smith discussed the center’s work in this 2016 video that can be viewed here.

According to the site, Nunez-Smith spearheaded a unique research project in the Caribbean. The Equity Research and Innovation Center partnered with the National Institutes of Health to create the Eastern Caribbean Health Outcomes Research Network. The network was set up to study chronic disease on four islands in the eastern Caribbean. Investigators were analyzing and comparing health outcomes over a five-year period. The final goal was to create policy solutions based on the collected data in order to establish “an infrastructure to support future intervention and epidemiologic research that can be expanded to other island sites within the region.”