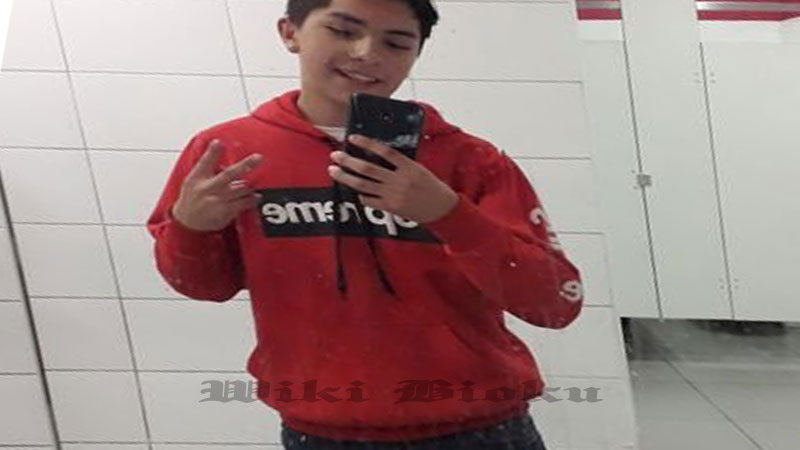 Marcelo Almanzar, who was in the car with Offset, was arrested and charged with carrying a concealed and loaded firearm in public. Offset was detained and released by Beverly Hills Police Saturday night after driving through a rally in support of President Donald Trump, according to police.

Offset, born Kiari Kendrell Cephus, was detained while recording the altercation with law enforcement on Instagram Live. The video — shared widely on social media — shows Offset arguing with several police officers and being pulled out of his car after he refused to exit his vehicle when asked by police.

In a statement, BHPD confirmed the arrest of a 20-year-old man named Marcelo Almanzar on two charges of carrying a concealed weapon and carrying a loaded firearm in public. The bail for Almanzar — who shares a last name with Offset’s wife Cardi B and is her cousin, according to TMZ — was set for $35,000.

“There have been media reports that entertainer Offset was arrested,” the statement read. “Those reports are inaccurate.”

According to the police department, a passerby saw that Almanzar “pointed a weapon from a vehicle at him.” However, they did not press charges.

“Artist and Philanthropist Offset was detained by the Beverly Hills Police Department following an attack by aggressive Trump supporters,” a rep for Offset said in a statement to PEOPLE. “He was released shortly thereafter. Offset thanks his fans for their support and wishes everyone peace and safety during these trying times. He encourages everyone to get out and vote because nothing changes if nothing changes.”

The news of Offset’s arrest comes more than a week after Cardi B revealed that the rapper pair was back together after filing for divorce in September.

On Offset’s Instagram Live, an off-camera officer asks the Migos rapper why he won’t exit the vehicle. The rapper replies, “Because you’ve got guns out.”

“That’s my choice,” the officer says in the clip.

“I’m not going to move my hands from the steering wheel,” Offset replies.

Another set of officers — caught on camera — ask the rapper to leave the vehicle.

“We were told that you guys were waving guns,” says a female officer.

“I’m a celebrity. You know who I am?” the rapper replies. “I’m Offset from the Migos. They’re fans, that’s why they’re following me, bro.”

“That has nothing to do with why we’re here,” the female officer says in the clip. “We were told that you guys were waving guns at people.”

Offset then says that someone “beat my car with a flag.” Soon after, a male officer is captured pulling the “Clout” rapper out of the vehicle.

Earlier on Saturday, Cardi B, 28, recorded going through a Trump rally in Beverly Hills saying she “was scared.”

“I really feel like we’re going to get jumped,” she said on her Instagram Story. It does not appear that Cardi B was in the vehicle with Offset at the time of his arrest.