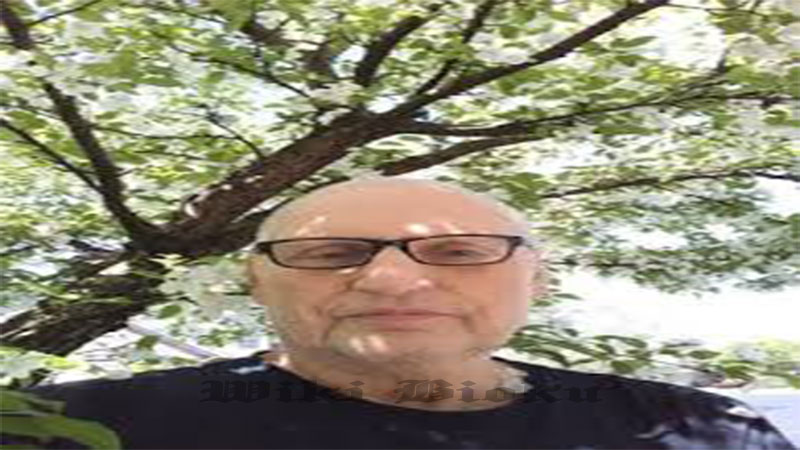 Martin Gugino, a long-time peace activist, was named as the 75-year-old man who was pushed to the ground after an encounter with Buffalo, New York police that was the subject of a viral video.
The video, viewed more than 58 million times, shows Buffalo police officers shove Gugino to the ground and then walk by him as he sleeps, bleeding from the head, on the pavement. According to the Buffalo News, Gugino is the man in the video, and he was placed in the serious but permanent condition the day after the event.

Gugino has a YouTube channel, which you can see here. Some of his posts deal with Kings Bay Plowshares, which the Buffalo News described as “a group of anti-nuclear activists who were convicted of entering a nuclear submarine station in Georgia.” Some of his videos deal with political issues. “The 2nd Amendment doesn’t mean he can have whatever he wants, whatever bullets he wants… that’s not the point of it at all,” he says in one video.

The cop groped her and when she tried to break away, she was beaten while standing still.

THIS IS AN ATTEMPT TO CRUSH DISSENT LIKE A DICTATORSHIPpic.twitter.com/j4Kzei2INx

He also is active on Twitter. His profile says he’s from Buffalo and adds, “#TooFarLeft. I matter, you matter, he she they matter. #NotHimUS.

He shared videos and comments about other controversial police/citizen encounters. On June 3, he wrote, “Protests are exempt from curfews because Congress (and mayors) may make no laws that abridge the right of the people peaceably to assemble and complain to the government. The government should receive the complaint with thanks, not arrest the people or beat them.” He has retweeted negative comments about police, including one man’s tweet that read, “US police forces are the terrorist organization, not Antifa.”

Just about an hour ago, police officers shove man in Niagara Square to the ground (WARNING: Graphic). Video from: @MikeDesmondWBFO pic.twitter.com/JBKQLvzfET

WBFO-TV stated, “Just regarding an hour ago, police officers shove guy in Niagara Square to the ground (WARNING: Graphic).” The station shared the above video.

Current situation in #Buffalo as police work to enforce the 8 p.m. curfew in Niagara Square. Caution: there is some vulgar language in the video. Tune to @SPECNewsBuffalo for the latest. Video Courtesy: Photojournalist Anthony Nelson pic.twitter.com/nP4AXgQGeR

The video shows officers with face shields and batons walking down the street en masse. Officers appear to shove Gugino, who is wearing a mask. He then falls down on the ground, where he lies motionless. “He’s bleeding out of his ear,” someone says, but the officers keep walking. One of the two officers has been identified because his name tag is visible in the video: Aaron Torgalski.

Gugino lies motionless on the pavement. Officers take another person in custody. “You better get an ambulance for him,” a person says. “We have an EMT on the scene,” a man responds.

According to WBFO, the incident occurred shortly after Buffalo’s curfew went into effect. “City police and State Police swept through the area of Niagara Square directly in front of City Hall to clear the area where a protest was finishing,” the station reported. The station said the man was 75 years old. He was “shoved by two officers in the line.”

Gugino is from Amherst. “He’s a kind person who thinks that he must stand up for what he thinks is right,” said his friend Terrence Bisson, who the Buffalo News wrote, “has served with Gugino on Latin American problems through the Western New York Peace Center.”

“That’s why he went to the demonstration. He would never resist physically any kind of orders,” Bisson said, according to the newspaper. “He’s a bit frail, not because of his age. He has some health problems.”

Tonight, after a physical altercation between two separate groups of protesters participating in an illegal demonstration beyond the curfew, two Buffalo police officers knocked down a 75-year-old man. The victim is in stable but serious condition at ECMC. I was deeply disturbed by the video, as was Buffalo Police Commissioner Byron Lockwood. He directed an immediate investigation into the matter and the two officers have been suspended without pay. After days of peaceful protests and several meetings between myself, Police leadership, and members of the community, tonight’s event is disheartening. I hope to continue to build on the progress we have achieved as we work together to address racial injustice and inequity in the City of Buffalo. My thoughts are with the victim tonight.

The Buffalo News reported that Gugino sometimes writes letters to the editor, including one criticizing the mayor’s response to migrant children’s detainment at the border.