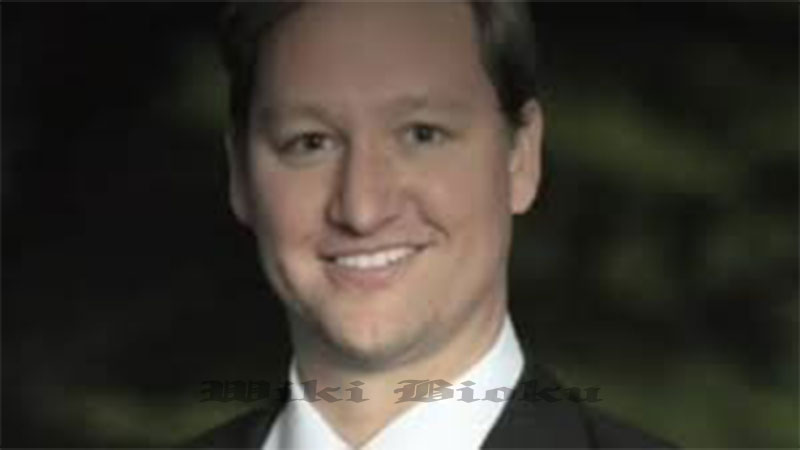 Piercey had a background in law and even appeared to work at the law firm of a relative, Rodney Piercey, at Piercey & Associates, Ltd. The Barrington, Illinois-based company boasts 5,000 clients and describes itself as “a small, christian company with attorney’s who are ready to help you through all estate planning and real estate matters.”

A photo on Piercey’s Linkedin page appears to show him sitting with Rodney Piercey, the founder of the Pericety & Associates Ltd. law firm, on the cover of a magazine called, “Chicago’s Top Lawyers, 2012 edition.”

Here is part of a blurb from that page:

In the last five years, wealthy families realize the way they think about problems has changed. They realize their wealth is under attack in new ways … Stability as they know it is under attack, and while many have learned how to thrive in volatile and challenging circumstances, most have discovered it is worthwhile to prevent a governmental tax capital punishment by confiscation. Sophisticated wealth holders rely on our unique process, wealth monitoring and legacy design to discover what they want.

According to the Redding Record Searchlight, Piercey was a member of Bethel Church in Redding which a spokesperson for the church, Aaron Tesauro, confirmed. “To our knowledge, Matt Piercey and his family have attended Bethel Church in Redding for the past few years, however we are unaware of his personal financial decisions,” Tesauro wrote to the paper in an email.

According to Ken Winton’s Linkedin page, he described himsef as a “transparent conversationalist” and a “Family Wealth Legacy speaker and Senior Wealth Advisor.”

The married Simpson college graduate put on his Linkedin page that he has been a wealth management advisor for Family Wealth Legacy since September of 2017, and he described himself as “a professional through and through, relatable and always influential. He has been a financial and business entrepreneur establishing successful businesses for more than 30 years.”

Winton also appeared to be an evangelist of some kind, putting the phrase “God Lover” in parenthesis under his Facebook page name and writing about religious posts on a regular basis. In one such post, he wrote, “God has been in the process of reconciling with humanity ever since Adam fell. Jesus was never God’s Plan B!”

According to the FBI, the 67-year-old Oroville resident was put in charge fo Zolla, a company used to solicit funds from investors to pay off investors who were part of a different company in a Ponzi scheme. Winton was charged with conspiracy to commit wire fraud and the FBI is accusing Winton of making, “various false and misleading statements to investors, including about the success of Zolla’s investment strategies, the reasons for delays in payment to investors, and the current location, value, and nature of Zolla investments.”

The FBI accused him of obtaining “approximately $1 million, some of which he used to purchase a houseboat.”

Matthew Piercey, a 44-year-old Palo Cedro man accused of taking part in a multimillion dollar Ponzi scheme, recently made headlines by attempting to use a sea scooter in Lake Shasta to escape capture by the FBI, as CBS News reported.

Piercey was arrested, according to the Eastern District of Californa’s unsealed indictment document, on November 16, 2020 and is facing charges of wire and mail fraud, money laundering and witness tampering.

He, and an associate the FBI has said was complicit in the scheme named Kenneth Winton, are accused of defrauding investors out of more than $35 million.

According to the indictment against Piercey, the FBI is accusing him of establishing three companies as part of a ponzie scheme:

Family Wealth Legacy LLC, which solicited investors with the promise of fixed return investment, securities investments, algorithm-based investments, cryptocurrency mining and life insurance.
Zolla Financial LLC, which was supposed to take in loans, make successful investments using algorithms and offer fixed returns based on those investments.
“Company 3,” described by a the FBI as a “medical business” based in Redding, California.

The FBI noted that once they secured these so-called investment funds — some of which came from IRAs — Piercey and Winton used them “in ways that were contrary to what investors had been told, including but not limited to, for commissions and fees, personal use, purchasing real estate, expenses of Family Wealth Legacy and Zolla … cash withdrawals.”

Matthew Piercey … raised at least approximately $35 million from investors through Family Wealth Legacy, Zolla, and funds routed through Company 3, and paid approximately $8.8 million to investors. Of the remaining net investment of approximately $26 million, few if any liquid assets remain to repay investors.

Piercey, the FBI said in the indictment, used the investor funds to pay $1.5 million in credit card and business debt and he used another $1 million to purchase and renovate two residential California properties.

After a grand jury hearing, Piercey, according to the FBI, faces 26 charges relating to the ponzi scheme dating from April of 2016 to April of 2020. He also faces additional charges of witness tampering, by attempting to “dissuade Individuals 2 and 3 from responding to a grand jury subpoena” and attempting to convince at least one investor not to testify.

A detention memo notes that he faces 31 felony counts in total and the “low-end” of sentencing guidelines would put him in prison for life. If convicted of the charges in the indictment, Piercey could also face fines of more than $1.2 million in fines, as well as millions more in restitution.

Law firms such as Halling & Cayo, as well as Kons Law Firm, are advertising services to those who invested in one of Piercey’s companies and have been unable to recover their funds.

FBI agents reported that Piercey had been aware of an FBI investigation into his activities and prior to his arrest, tried to access more money from investors and paint himself as the victim of government persecution.

At one point, the FBI reported that he appealed to investors by claiming he had reached out to President Trump for help. “The unfortunate reality of the recent Global Financial Shock has poured rocket fuel on the urgency of this critical situation. The only way out is for Banks to open Zolla accounts and stop the bleeding. I have already sent this letter to President Trump,” he wrote. In another email, he tried again, this time telling investors that the government was coming after him because of his stance on banking issues.

In August, the FBI reported that he tried to get even more money from investors. According to a government detention memo, he sent an email requesting a wire to one of the only Family Wealth Legacy banks he had still access to, writing, “I have some emergency expenses and could be in a very dangerous position for myself and my family if I am unable to rapidly meet these obligations in the next week or two.”

The FBI reported that when they went out to arrest Piercey, he fled, first in a vehicle and then in an aquatic device. Here is how it was described in the government detention memo:

First, he led law enforcement on a vehicle chase that went off-road twice in residential neighborhoods includingnext to an apartment complex, and then later onto Interstate 5 northbound. Law enforcement tracked Piercey’s vehicle from the air during the chase.

Then, Piercey abandoned his truck near the edge of Lake Shasta, pulled something out of it, and swam into Lake Shasta. Piercey spent some time out of sight underwater where law enforcement could only see bubbles. He remained in the frigid water for approximately 25 minutes. When Piercey finally emerged from the lake, law enforcement discovered that he had a Yamaha 350LI underwater submersible device.

Piercey’s failed escape made headlines around the world, with stories appearing in Spanish, German, Russian and other foreign-langauge-newspapers.

Twitter users have had some fun with the failed escape, referring to Piercey as “bubbles” and comparing him to the fictional Ian Fleming spy “James Bond”:

Others had less flattering descriptions of the incident, such as this headline from The Register, which said that Piercey had “hid in (a) lake” in his attempts to elude the FBI. Another Twitter user, was even less flattrering, referred to Piercey as “Double 00 dumb” instead of Bond’s famous “Double-oh-seven” moniker.