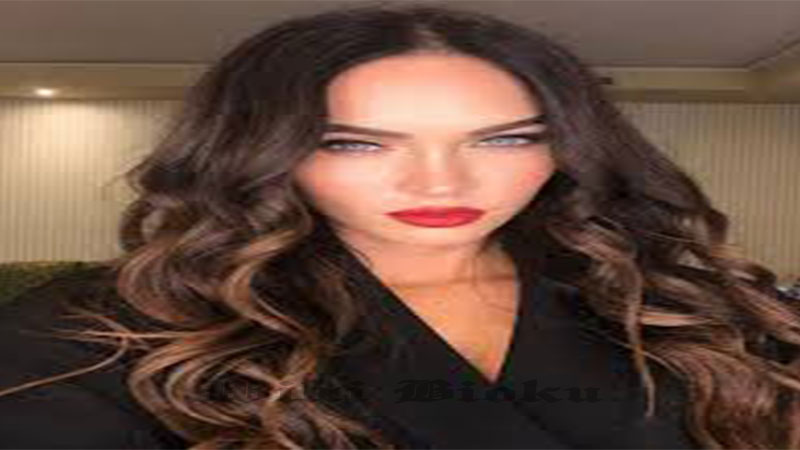 Megan Fox is an American actress and model. She made her acting debut in the family film Holiday in the Sun (2001). This was followed by numerous supporting roles in film and television, as well as a starring role in the ABC sitcom Hope & Faith (2004–2006). Fox went on to make her feature film debut in the teen musical comedy Confessions of a Teenage Drama Queen (2004).

Fox received worldwide recognition for her breakout role as Mikaela Banes in the blockbuster action film Transformers (2007). She reprised her role in the sequel Transformers: Revenge of the Fallen (2009) and portrayed the titular character in the horror comedy Jennifer’s Body (2009). She starred as April O’Neil in the superhero action film Teenage Mutant Ninja Turtles (2014) and its sequel Teenage Mutant Ninja Turtles: Out of the Shadows (2016). Fox also starred as Reagan Lucas in the fifth and sixth seasons of the Fox sitcom New Girl (2016–2017).

Fox is considered a sex symbol and has appeared in numerous magazines, such as Maxim, Rolling Stone, and FHM.

Megan Fox was born on May 16, 1986 in Oak Ridge, Tennessee, to parents Gloria Darlene (Cisson) and Franklin Thomas Fox. She spent her early childhood in nearby Rockwood. Fox’s father, a parole officer, and her mother divorced when Fox was three years old. Her mother later remarried, and Fox and her sister were raised by her mother and her stepfather, Tony Tonachio. She was raised “very strictly Pentecostal”, but later attended Catholic school for 12 years. She said that the two were “very strict” and that she was not allowed to have a boyfriend or invite friends to her house. She lived with her mother until she made enough money to support herself.

Fox began her training in dance and drama at age five, in Kingston, Tennessee. She attended a dance class at the community center there and was involved in Kingston Elementary School’s chorus and the Kingston Clippers swim team. At age 10, after moving to St. Petersburg, Florida, Fox continued her training. When she was 13 years old, Fox began modeling after winning several awards at the 1999 American Modeling and Talent Convention in Hilton Head, South Carolina. At age 17, she tested out of school via correspondence in order to move to Los Angeles, California.

Fox spoke freely about her time in school, stating that in middle school she was bullied and had to eat lunch in the bathroom to avoid being “pelted with ketchup packets.” She said that the problem was not her looks, but that she had “always gotten along better with boys” and that “rubbed some people the wrong way. Fox also said that she was never popular in high school, and that “everyone hated me, and I was a total outcast, my friends were always guys, I have a very aggressive personality, and girls didn’t like me for that. I’ve had only one great girlfriend my whole life.” In the same interview, she mentions that she hated school and has “never been a big believer in formal education” and that “the education I was getting seemed irrelevant. So, I was sort of checked out on that part of it.

With regard to relationships and her sexuality, Fox said that she has a general distrust and dislike of men, and that the perception of her as a “wild and crazy sexpot” is false because she is asocial and has only been sexually intimate with her “childhood sweetheart” and Brian Austin Green; she stated that she would rather stay at home instead of going out, and emphasized that she cannot have sex with someone she does not love. She is bisexual, and said she believes that “all humans are born with the ability to be attracted to both sexes”. “I have no question in my mind about being bisexual,” Fox stated. “But I’m also a hypocrite: I would never date a girl who was bisexual, because that means they also sleep with men, and men are so dirty that I’d never want to sleep with a girl who had slept with a man.

Fox and Green are supporters of Generosity Water, and have funded the creation of over ten water wells for the organization. In May 2020, Green announced that he and Fox had separated after nearly 10 years of marriage. In June 2020, she and Machine Gun Kelly went public about their relationship, several weeks after the release of Machine Gun Kelly’s song “Bloody Valentine”, which featured Fox in the music video.

Fox began dating actor Brian Austin Green in 2004, after meeting on the set of Hope & Faith; she was 18 years old, while he was 30. According to Fox, Green was initially hesitant to enter a relationship with her due to the age difference, stating, “I had to convince him that I was slightly more responsible and well-spoken and had other things to bring to the table besides being 18. They became engaged in November 2006. In February 2009, they ended their engagement.

Later that year, Fox was targeted by a group of fashion-motivated criminals known as “The Bling Ring”, who robbed Green’s home for access to Fox’s possessions. Fox and Green were reported to have become engaged again on June 1, 2010, but Fox stated that she and Green had been continuously engaged since 2006.

Fox and Green married on June 24, 2010 in a private ceremony at the Four Seasons Resort on Maui. Fox filed for divorce on August 21, 2015, a few days after she and Green announced their separation. By early 2016, they were back together and expecting a third child. On April 25, 2019 Fox filed to dismiss the divorce in Los Angeles, California. In May 2020, it was announced the two had separated. Together, they have three sons: Noah Shannon Green (born 2012), Bodhi Ransom Green (born 2014) and Journey River Green (born 2016). Fox is also a stepmother to Green’s son, Kassius (born 2002), from a previous relationship. Fox has a form of brachydactyly called clubbed thumb, and has discussed her obsessive–compulsive disorder (OCD), insecurities, self-harming, and has acknowledged that she has low self-esteem. In 2013, she said that her Christian faith is still very important to her and she believes it keeps her grounded.