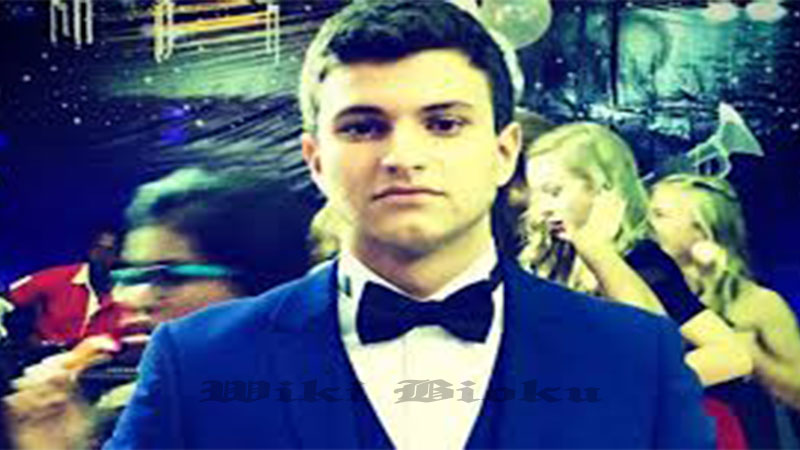 Michael Boulos, Tiffany Trump’s boyfriend, is a Lebanese man whose family is now based in Nigeria and runs Boulos Enterprises in the country. The two have been dating for over a year now. Tiffany is expected to speak at the Republican National Convention tonight on behalf of her father’s re-election bid.

Boulos, like Trump, comes from considerable wealth through a family business. He and the president’s daughter have been together since the summertime, according to a report by People.

The Boulos family is based in Nigeria but is of Lebanese origin. Page Six reports that Boulos is the heir to Boulos Enterprises, which the publication describes as “a multibillion-dollar conglomerate that trades in vehicles, equipment, retail, and construction.”

Per CrunchBase, Boulos Enterprises is “a distribution and trading company for commercial motorcycle, power bikes, tricycle, and outboard motors.”

People reports that Boulos Enterprises is the sole importer and distributor of Suzuki products in Nigeria.

Boulos’ Instagram account may be set to private, but his bio is still visible: “City University London, MSc Project Management Finance and Risk ????????”

Those flags represent America, Nigeria, Lebanon, and France. According to People, the Boulos family founded SCOA Nigeria, in addition to Boulos Enterprises.

Boulos’s brother, Fares, is an actor and performer named Farastafari. On Mandy, a website for actor profiles, Fares’ profile reads, “Hi I’m Fares Boulos! I’m a white Nigerian actor trained in LA! In LA I was managed and trained by the manager and acting coach Constance Tillotson from LA Management. Constance is known to be one of the best acting coaches in LA, and she is a regular writer for Backstage. Now that I’m living in London, I would like the best representation!”

Trump has not acknowledged his daughter’s boyfriend in any public remarks, nor has he acknowledged the fact that Boulos comes from Nigeria, one of the countries POTUS described as a “sh*thole” country.

The exact value of Boulos Enterprises is not known, but Vanity Fair described Boulos as a “billionaire heir.”

Boulos and Trump met over the summer while they were both at Lindsay Lohan’s club in Mykonos, Greece, according to a source for People. At the premiere of her show, Lindsay Lohan’s Beach Club, Lohan confirmed that she knew Trump and Boulos each as individuals, but that she didn’t know the details of how they met.

Lohan said to People, “I wasn’t there when they met… I know him … and I know her … but I don’t know what happened.”

Boulos’ connection to Trump first went public when they attended the Taoray Wang fashion show in the fall, during New York Fashion Week.

Shortly after that, Page Six reported that things between Boulos and Trump were heating up quickly and that she had even brought him to spend Thanksgiving at Mar-a-Lago. The source said to Page Six, “Tiffany is happy she has so far been able to keep things with Michael under the radar. But she introduced him to her family at Thanksgiving, and he comes across as a very intelligent young man from a great family.”

Trump then posted a picture over Christmas break of herself with Boulos at the White House in front of the Christmas tree, which marked her first official confirmation of the relationship. Then, in January, Trump was seen out with Boulos getting dinner in London, per People.

The president has yet to publicly acknowledge his daughter’s relationship.

Prior to her relationship with Boulos, Trump was in a two-year relationship with fellow Univerity of Pennsylvania undergraduate, Ross Mechanic. According to The New York Daily News, Mechanic majored in computer science at UPenn and speaks both English and Arabic fluently.https://web.archive.org/web/20201026040645if_/https://www.instagram.com/p/BTKvORggXSu/embed/captioned/?cr=1&v=12&wp=658&rd=https%3A%2F%2Fwikibiouk.com&rp=%2Fmichael-boulos-wiki-biography%2F#%7B%22ci%22%3A1%2C%22os%22%3A10808%7D

Perhaps more interestingly, the publication notes that Mechanic was a registered Democrat, as of 2017, and his father had donated thousands of dollars to Hillary Clinton’s campaign.