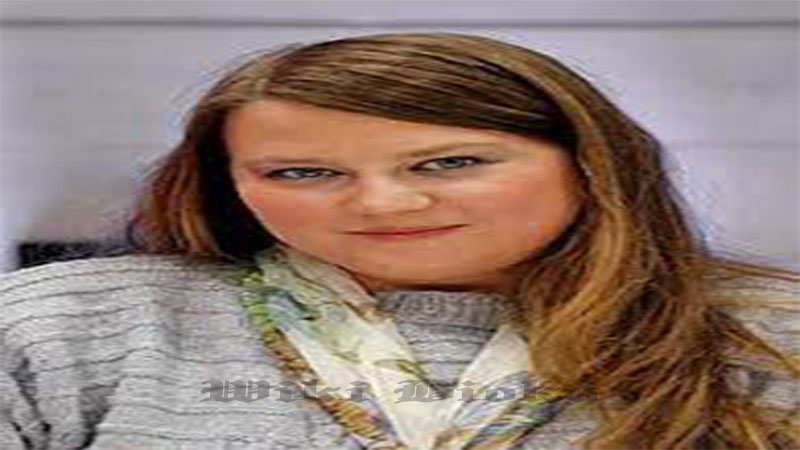 Natascha Kampusch is an Austrian woman who was abducted at the age of 10 on 2 March 1998 and held in a secret cellar by her kidnapper Wolfgang Přiklopil for more than eight years, until she escaped on 23 August 2006. In 1998 at the age of 10, Natascha Kampusch was living with her family in Vienna’s Donaustadt district when she was abducted on her way to school. She has written a book about her ordeal, 3,096 Days (2010), upon which the 2013 German film 3096 Days is based.

Kampusch was raised by her mother, Brigitta Sirny, and her father, Ludwig Koch, in Vienna, Austria. Ludwig Adamovich, head of a special commission looking into possible police failures in the investigation of the kidnapping, claimed that the time Kampusch was imprisoned “was always better than what she had known until then. This assessment was denied by Brigitta Sirny, and Adamovich’s statement was found to be defamatory by a criminal court, and he was fined €10,000. In Kampusch’s 2010 book about her kidnapping, 3,096 Days, she stated that her parents slapped her and that she was considering suicide on the day of her abduction. However, Kampusch asserted that her mother was not abusive and that her home life was better than life in captivity.

Kampusch’s family included two adult sisters, and five nieces and nephews. Sirny and Koch separated while Kampusch was still a child and divorced after her abduction. Kampusch spent time with both of them and had returned to her mother’s home from a holiday with Koch the day before her kidnapping.

After Lifetime’s new feature film, ‘Girl in the Basement’, premiered over the weekend, details about the Elisabeth Fritzl case resurfaced, where an Austrian girl was coerced, imprisoned, and raped for 24 years by her own father till she escaped in 2004. The chilling story of sexual abuse and being impregnated by her father repeatedly reminded one of a similar case of another Austrian girl, Natascha Kampusch.

Just like Fritzl, Kampusch too was kidnapped, but not by a family member. In 1998 at the age of 10, she was living with her family in Vienna’s Donaustadt district. She was abducted on her way to school and was held captive for eight years by Wolfgang Přiklopil, a communications technician, below his garage, until her daring escape in August 2006.

Kampusch stayed in a small, soundproof and windowless, 50-sq-ft cellar underneath Přiklopil’s garage in his home in the town of Strasshof a der Nordbahn for the first six months of her kidnapping, Oxygen reported. After a few years, her kidnapper allowed her to go inside the house for a few hours during the day. However, when Přiklopil was at work and during the night, she would have to return to the cellar.

After her 18th birthday, she was allowed to leave the house with her kidnapper, but she was reportedly warned not to try to flee as the windows were booby-trapped with explosives and that he claimed he possessed a gun. Kampusch was eventually also allowed on excursions into town with her captor, and at one point accompanied Přiklopil on a skiing trip. When she was vacuuming Přiklopil’s car in August 2006, she finally got the opportunity to escape her captor. When he was distracted by a phone call, she used the opportunity to run, eventually finding a neighbor who called the police.

Fall in Love With Her Captor

Kampusch was raped, beaten, and starved during her years in captivity. Even though she said “it was a place to despair”, many members of the police and public have doubted her story, suggesting that she might have become fond of Přiklopil over the years.

In statements made after her escape, she said that she was given books, a television, and a radio, so she was able to educate herself, and that she was at times allowed to eat breakfast with her captor. After learning of his death by suicide just after her escape, Kampusch even referred to Přiklopil as a “poor soul” and said she felt sorry for him. Nevertheless, the investigators handling Kampusch’s case have also had their share of criticism and scrutiny, as an independent probe into the case found that they had reportedly questioned her captor early on in the kidnapping investigation but didn’t adequately follow up on him.

In a 2019 interview with BILD, Kampusch, who presently lives in Vienna, said that even after years of her case grabbing headlines across the world, she was still the victim of frequent cyberbullying. She added that the police hadn’t taken her complaints seriously. “(After escaping), online abuse became a part of my everyday life. There were times where I didn’t even go out anymore because the abuse was so bad,” she told the outlet.

Kampusch is also now the owner of the house in which she was imprisoned, handed over to her after Přiklopil’s death. She told the outlet that she faced difficulties when she wanted to sell it to a group of refugees. The town’s mayor and residents opposed her endeavor. In 2010, a book about her ordeal, ‘3,096 Days’ was published. In 2013, a German film of the same name was based on the book.