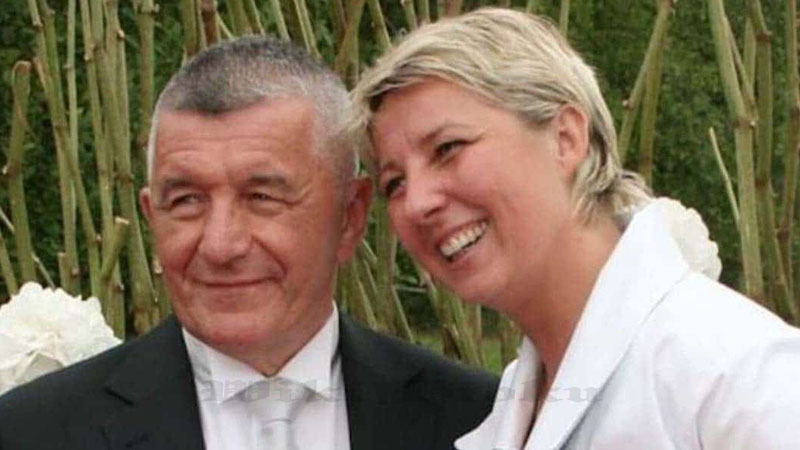 Nathalie Maillet was found dead with her lover Ann Larence Durviaux at their residence in Gouvy, Belgium.

A Formula 1 boss was shot and killed by her husband after he found her in bed with her lesbian lover. He then pointed the gun at himself, after killing her lover as well.

Nathalie Maillet, 51, was found dead with her lover Ann Larence Durviaux, 53, at her residence in Gouvy, Belgium, on Sunday, August 15. Maillet’s husband, Franz Dubois, shot and killed the couple, who called authorities before committing suicide. Police said they were treating the deaths as double murder and suicide. However, they could not confirm infidelity as a motive considering that Dubois was aware of his wife’s lesbian relationships and her sexuality was an open secret, reported DH Sport.

Nathalie Maillet has died at the age of 51-years-old.

Maillet’s colleagues raised the alarm when he failed to show up on Sunday on the last day of the Ypres Rally, which was part of the World Rally Championship. She had been the executive director of the Spa-Francorchamps F1 circuit since 2016 and reportedly played a pivotal role in modernizing the circuit.

Meanwhile, Dubois was also a popular figure in the motorsports world, known both as a team owner and as a co-founder of the VW Fun Cup series. He and Maillet were married for 17 years and both were race car drivers for some time. Maillet’s sports career was arguably more successful than her husband’s. She achieved podiums in five of the seven 25 Heures VW Fun cup races she competed in, winning the event in 2006, according to the Daily Mail.

“At 00:10, the bodies of two women and a man were discovered by the police in a house in Gouvy, all three presenting gunshot wounds,” the prosecutor explained in a statement. “According to our information, the male individual voluntarily used his firearm to kill both women, including his wife, before committing suicide.”

Gouvy Mayor Veronique Leonard said, “the police warned her, around 2.30 am, that she had committed a double murder, followed by a suicide, in the house.”

Melchior Wathelet, Chairman of the Board of Directors of the Circuit de Spa-Francorchamps, also expressed his deepest condolences in a statement. “My thoughts are with Nathalie’s family, her parents, her relatives, but also her teams,” Wathelet said. “I know how this news will upset your staff and I wish, on behalf of the entire Board of Directors, to offer my condolences to the entire Circuit team. Today we are losing a great lady, a lover, an enthusiast of motorsports, a true leader that we will miss so much. Nathalie had become the face of the circuit, she embodied this passion for racing that we all share, “added Wathelet.

The investigation into the incident is still ongoing, and forensic and ballistics teams are examining the crime scene and the bodies.

Former F1 boss Jean Todt also paid tribute to Maillet. “She embodied this high place of motorsport. All my thoughts and solidarity go out to her family, her friends, and the Spa-Francorchamps teams,” Todt tweeted.

Formula 1’s governing body, the FIA, paid tribute to Maillet and praised her illustrious career. “The FIA has been saddened to learn of the tragic death of Nathalie Maillet,” the FIA wrote in a statement. “Nathalie was the Executive Director of the Circuit de Spa-Francorchamps since 2016, during which time she oversaw the significant development of the iconic race track, which is home to several FIA championships. On behalf of the entire motorsports community, we wish to express our condolences to his family and friends. ”