Who Was Neil Mahoney? Wiki, Biography, Age, Career, Cause of Death 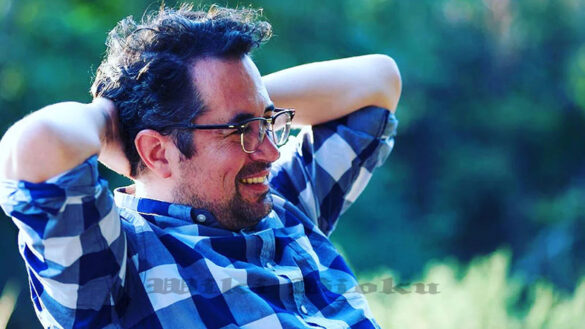 Neil Mahoney, known for editor-producer editing a number of projects including Comedy Central’s Drunk History and Key & Peele, has died. Mahoney was born on March 7, 1977, in Massachusetts and grew up in Osterville on Cape Cod, his obituary shared. A Barnstable High School graduate, Mahoney then attended Emerson College and first began working in the television industry as an intern on the Mr. Show with Bob and David followed by the movie RUN RONNIE RUN.

Neil Mahoney has died at the age of 43-years-old.

Mahoney is survived by his mother, Claudia, and sister, Megan, his obituary states.

After working in Washington, D.C., on magazine While You Were Sleeping, Mahoney went to Los Angeles and directed Funny or Die shorts, including classics like Tiffani Thiessen Is Busy and Aziz Ansari’s Raaaaaaaandy Declares War on Justin Bieber, as reported by BrooklynVegan. Mahoney was known for his work as an editor on Key & Peele in 2016, for which he received an Emmy nomination, as well as Portlandia and Drunk History. He also edited episodes of Between Two Ferns and directed and edited Freak Dance in 2010, an Upright Citizens Brigade film, his IMDB profile indicates.

Since 2012, Mahoney worked on the Jonah Raydio podcast with Ray and Cash Hartzell, where the trio discussed music, sometimes with guests. Ray wrote on Instagram:

We performed sketches, we shot web shorts, we did a podcast, we did live shows for that podcast, we made TV shows together, he helped me with my tv pitches, we made music videos together. He said to me a very long time ago “I just wanna tell stories.” Last week he was helping me with my scripts for movies I wanted to make, he encouraged me to do the things I wanted to do.

In a 2017 interview with Working Not Working, Mahoney said he always wanted to be a writer and hadn’t planned on becoming an editor. However, he said, “[I] see my career now as an extension of that: protecting the writers’ vision while hiding mistakes made along the way and accentuating the contributions of the production crew.”

At the time, Mahoney said his proudest career moment was his work on Key & Peele and his subsequent Emmy nomination. He said in his downtime, he liked to travel and work on little projects like furniture restoration. He was also known as someone who loved to whittle during his downtime, and many of his friends mentioned his whittling in tribute posts to the late editor.

Neil Mahoney, an Emmy-nominated editor and director known for his work on Key & Peele and Portlandia, died on January 8 at the age of 43. Actor and writer Jonah Ray shared the news of Mahoney’s death on January 9 on Instagram, writing, “I’m sorry to announce that one of the all time best people in the world is no longer with us. Sometime yesterday, Neil Daniel Mahoney fell asleep and didn’t wake up.” His precise cause of death has not been made public.

A post by Ray sharing Mahoney’s obituary, which Ray wrote himself, states that Mahoney returned from a trip with a friend to the mountains on January 7, and then he fell asleep “in his home in Echo Park and didn’t wake up.” The obituary states that donations in his memory can be made to the L.A. Family Housing organization. It concludes, “Please take a moment today to check in with a friend you haven’t chatted with in awhile.”