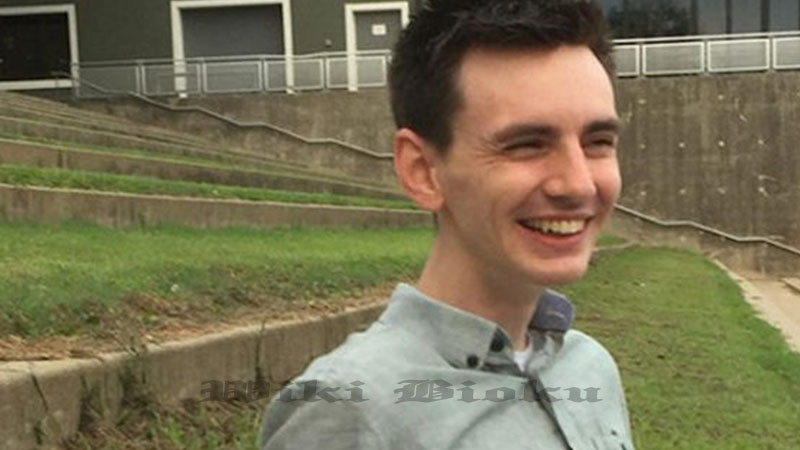 Nick Challies, son of popular Evangelical, Christian blogger Tim Challies died, according to Religion News Service. Challies, a Boyce University student, According to his Facebook page, he lived in and was from Oakville, Ontario.

According to Challies’ Linkedin page, he was studying at Southern Baptist Theological Seminary at Boyce University and was in his third year; he was on the seminary track, studying biblical and theological studies, and he expected to graduate in 2023.

The president of the seminary school, Albert Mohler, also wrote a statement, in which he described Challies as “an outstanding young man, faithful to Christ, who was also a friend to all” and said that he was “much loved and (an) important part of the Boyce College family.” Mohler said, “We are thankful to have known him, and so very thankful that he came to be a student at Boyce College. He made us all proud. No one saw this coming.”

Nick Challies has died at the age of 20-years-old.

Nick Challies was one of three of Tim and Aileen Challies’ children, with Nick having two sisters, Abigail and Michaela.

Challies is the son of Tim Challies, an elder at Toronto, Ontario’s Grace Fellowship Church, as well as an author, book reviewer and blogger since 2003, according to the “brief biography” on his website, Challies.com.

Tim Challies announced that his son had returned to their home in Canada as Boyce University shut its doors in response to the pandemic and transitioned to online classes in March on his website: “My son (aged 20), a student at Boyce College and the Southern Baptist Theological Seminary (where he’s enrolled in the five-year program that combines the undergraduate and M.Div. programs), returned home on Saturday,” Tim wrote.

Tim mentioned his son again in an April 3 “family update” blog post, writing, “My son returned home after Southern Seminary had to close its doors, and he has since dutifully completed the two weeks of isolation our government demands of those who return from international destinations. The seminary made a blazingly fast transition to online learning, so his classes have continued pretty much on schedule, albeit through a screen. This week is his spring break, but he has nowhere to go and lots to do, so his life continues apace.”

In another April 17 “family update” blog post, Tim wrote, “My son is in the homestretch for his college and seminary courses, so continues to plug away at those.”

Tim , according to the seminary school, thanked faculty and students for making his son feel at home:

Thank you for being his teachers, his mentors, his friends, and his family when he was here in America. He ran only a short race, just 20 years, but he finished strong. I’m thankful he was able to finish his race surrounded by the people he loved, surrounded by you.

Challies posted about his engagement on Facebook and wrote an announcement for August 21, which received many congratulations and more than a hundred combined “likes” and “loves.”

According to her Facebook page, Conley works on College Run Farms, lives in Louisville, Kentucky, and has a cat. She posted about her rescue, a cat named Gus, in 2018.

Challies, a Boyce University student, died after a sudden collapse while playing a game outside, according to Religion News.

According to Tim Challies’ blog post, “Nick was playing a game with his sister and fiancée and many other students when he suddenly collapsed, never regaining consciousness. Students, paramedics, and doctors battled valiantly, but could not save him.”

Nick Challies, a wonderful, kind, loving, young Christian full of life, went to be with the Lord last night. Here is a word from his father’s grief-stricken heart. Please pray for Tim and Aileen Challies and their family. https://t.co/nrLRikB94M

The seminary school reported that Challies’ death was not COVID-19 related and stated that a cause was not yet known.

Mohler announced via Twitter that classes were cancelled Wednesday in observation of Challies’ death. Challies’ father wrote in a blog post that services would be held on Friday, November 6; he also said that he and his family were flying from Canada to Louisville to be with him.

Tim Challies announced his son’s death in a heartfelt blog post in which he described Nick as “my dear son, my sweet son, my kind son, my godly son, my only son”:

In all the years I’ve been writing I have never had to type words more difficult, more devastating than these: Yesterday the Lord called my son to himself—my dear son, my sweet son, my kind son, my godly son, my only son.

Nick was playing a game with his sister and fiancée and many other students when he suddenly collapsed, never regaining consciousness. Students, paramedics, and doctors battled valiantly, but could not save him. He’s with the Lord he loved, the Lord he longed to serve. We have no answers to the what or why questions.

Yesterday Aileen and I cried and cried until we could cry no more, until there were no tears left to cry. Then, later in the evening, we looked each other in the eye and said, “We can do this.” We don’t want to do this, but we can do this—this sorrow, this grief, this devastation—because we know we don’t have to do it in our own strength. We can do it like Christians, like a son and daughter of the Father who knows what it is to lose a Son.

We travelled through the night to get to Louisville so we could be together as a family. And we ask that you remember us in your prayers as we mourn our loss together. We know there will be gruelling days and sleepless nights ahead. But for now, even though our minds are bewildered and our hearts are broken, our hope is fixed and our faith is holding. Our son is home.

Since then, he has received an outpouring of support, including more than 2,500 messages of condolences on Facebook and nearly 2,000 messages on Twitter.

Tim Keller, a theologian and pastor from New York, wrote: “Tim, I’m really sorry to hear this. Our prayers are with your family.” Pastor Costi Hinn of Arizona’s Redeemer Bible Church, wrote “Tim, my heart breaks over this news. Our family is mourning with you. May the peace of God still fill your hearts in the midst of pain.”

HaGefen publisher David Zadok wrote, “Dear Tim, I heard about the sad tragedy from an email your mom sent me. My wife and I and also our Hagefen staff have been praying for you and family. May He comfort you with his eternal comfort.” Christian author Trillia Newbell also wrote condolences on Twitter, saying, “I’m sorry and praying for you all now.”