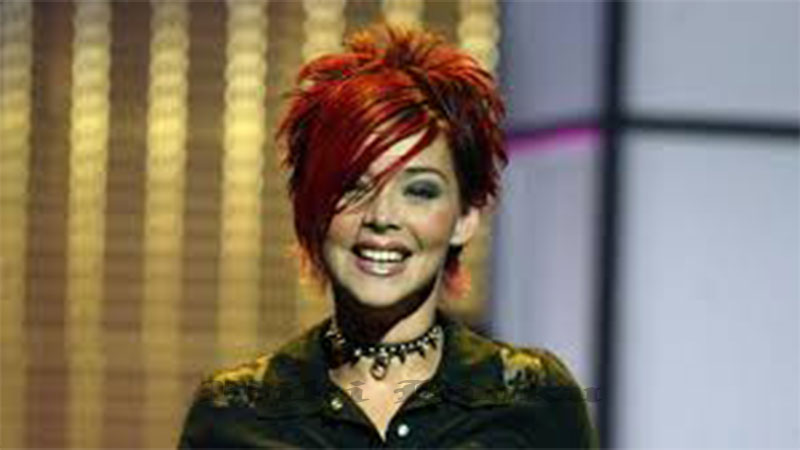 Nikki McKibbin was an American rock music singer-songwriter who finished third in the debut season of the reality television series American Idol. Prior to American Idol, McKibbin appeared in the first season of Popstars. In May 2007 she released her debut album, Unleashed.

Nikki McKibbin, who placed third on the first season of “American Idol” has died.

Nikki was on ‘AI’ in 2002, when the show hit like an earthquake, drawing huge audiences. Her best-remembered performance was a cover of Alannah Myles’ song, “Black Velvet.” She also covered Stevie Nicks, Alanis Morissette, Melissa Etheridge, and Janis Joplin.

Nikki finished behind Justin Guarini and Kelly Clarkson, who won the competition.

McKibbin appeared on the first season of American Idol in 2002, finishing third behind Guarini and eventual winner Kelly Clarkson. Her most memorable performance was when she covered “Black Velvet” by Alannah Myles, but also sang Janis Joplin and Alanis Morissette, among other covers.

Nikki fought some demons during her life … she had substance abuse issues and appeared in 2008 on Dr. Drew’s ‘Celebrity Rehab.’ She then moved to a sober living house and her time there was chronicled on “Sober House,” a spinoff of ‘Celebrity Rehab.’

Nikki also appeared on “Fear Factor,” and “Battle of the Network Reality Stars.”

Nikki McKibbin has died at the age of 42 years old.

Her lowest point, she told MTV in 2008, was when her mother had died of an overdose the previous year. She said she’d been doing cocaine and drinking with her mother, who died that night after overdosing on prescription drugs. “The worst time for me was when my mom died,” she said. “I didn’t have any control over myself at all, and I drank for nine months nonstop.”

McKibbin later appeared on Sober House and marked her third year sober on Celebrity Rehab‘s fifth season when she appeared for a special performance.

McKibbin, who was born in Grand Prairie, Texas, began her singing career on Popstars in 2001 before appearing on the first groundbreaking season of American Idol in 2002, Variety reported. She made an impression on judges Simon Cowell, Paula Abdul and Randy Jackson, and even received flowers from Stevie Nicks as Guarini recalled in his Instagram post:

I’ll never forget the day that her idol, Stevie Nicks, sent her flowers with a card that said “You are the Gypsy that I was…”. Nikki was on cloud nine and the joy and excitement that radiated from her was infectious. After the kind of emotional beating she took at the hands of the masses, she deserved to feel good about herself, even for a little while. ⁣

After appearing on Idol and coming in third, McKibbin signed with Sony Music’s RCA, Variety reported, but was in conflict with the label because she didn’t want to record a country album. Her debut album, “Unleashed,” came out in 2007.

After struggling with cocaine and alcohol addiction, she appeared in 2008 on the reality rehab show, Celebrity Rehab with Dr. Drew. In the first episode, she spoke about the abuse she experienced as a child, growing up with an alcoholic and drug-addicted father and suffering sexual and physical abuse from a family member.

McKibbin was married to Craig Sadler and has a son, Tristan Langley, who also auditioned for American Idol in 2014 when he was just 15, TMZ reported.

She was not the only member of the family to compete. Her 15-year-old son, Tristan Langley, auditioned for the show in 2014 and made it to Hollywood, but got cut.

Redeye Radio host Gary McNamara tweeted about McKibbin’s condition earlier on Saturday evening, writing: “I witnessed my friend Nikki (McKibbin) Sadler go from a Karaoke bar to finalist on 1st year of American Idol. She is on life support after suffering an aneurysm. They will end life support tonight. Please pray for her husband Craig and family. I am heartbroken.”

I witnessed my friend Nikki (McKibbin) Sadler go from a Karaoke bar to finalist on 1st year of American Idol. She is on life support after suffering an aneurysm. They will end life support tonight. Please pray for her husband Craig and family. I am heartbroken.❤🙏❤🙏 pic.twitter.com/o1K582r1eq

American Idol wrote on Twitter: “Nikki McKibbin was an incredible talent and we are deeply saddened by the news of her passing. She was part of our American Idol family and will be truly missed. Our hearts and prayers go out to her family and friends during this difficult time.”

Rest peacefully, my beautiful @nikkimckibbin. You’ll be in my heart always. #RestInPeace pic.twitter.com/N3UnZ3uPyg

One fan wrote: “Her performance of Black Velvet has lived in my head rent free since season one of American Idol. I’ll always remember the really sweet moment with her son when he gave his mommy a rose after she sang. RIP Nikki McKibbin.”

One tweet reads: “RIP, Nikki McKibbin. You were one of the most colorful and interesting American Idol contestants. You were such a kind, genuine soul when I met you that year with @JimVerraros at the AIDS Walk.”