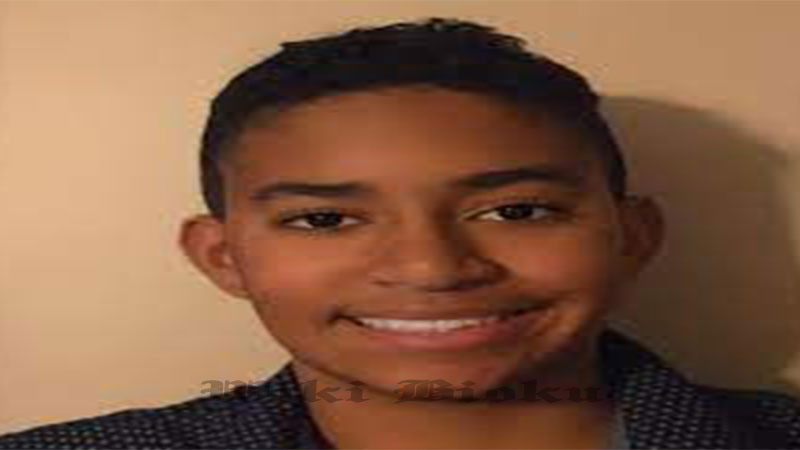 Noah Sharp allegedly beat his former girlfriend, a junior at Newark Charter School, to death with an aluminum baseball bat.

A Delaware teen allegedly admitted to beating his ex-girlfriend to death with an aluminum bat before dumping her body in a wooded area.

Newark Charter School junior Madison Sparrow, 17, was reported missing by her family on Friday evening after she did not come home, the Delaware State Police stated in a press release. She had told her family she was going out for ice cream and to buy a birthday present for her sister that afternoon, according to the Newark Post.

Delaware Police arrested 17-year-old Annika Stalczynski on November 17 in connection with the murder of her classmate, Madison Sparrow, also 17, according to the Delaware Department of Justice.

Delaware Online reported that 19-year-old Sharp, who was arrested on October 5 for Sparrow’s murder, admitted to hitting his ex-girlfriend in the head with an aluminum baseball bat and moving her body once she had died. But he did not act alone, according to police.

Working off of the information Sharp gave them, investigators found a metal baseball bat and blood droplets behind an elementary school along with Sparrow’s clothes, but her body was not in the wooded area where Sharp and Annika Stalczynski are accused of taking her life.

According to Delaware Online, Sharp said he “took her body to another ‘wooded area’ near Route 896 and Interstate 95.” Police found Sparrow’s body at the second location.

A Delaware grand jury has indicted two teenagers for the October murder of a 17-year-old girl who police say was lured to the woods by her ex-boyfriend and her classmate, and then bludgeoned to death with a metal baseball bat.

Annika Stalczynski, 17, and Noah Sharp, 19, have been charged with first-degree murder, possession of a deadly weapon during commission of a felony and conspiracy for the killing of 17-year-old Madison Sparrow.

Authorities announced the charges against Stalczynski on Tuesday, more than a month after Sharp’s arrest.

Sharp and Stalczynski are both charged with Murder First Degree, Possession of a Deadly Weapon During Commission of a Felony, and Conspiracy First Degree.

An autopsy confirmed Sparrow died from blunt force trauma to the head.

Every murder is an outrage, but the murder of a child strikes at everything we hold dear. Madison was stolen from her family and friends with her life and her dreams still ahead of her. A life has been taken and a cruel trauma has been inflicted on hundreds of people who knew and loved this kind, gentle young woman. My heart aches for Madi’s parents, the Sparrow family, and the entire Newark Charter community. We can never replace what these people have lost, but we can – and will – hold her killers accountable.

Stalczynski was arrested by the state police on Monday after the indictment was returned. A magistrate set her bail at more than $1million and she was taken to the Juvenile Detention Center.

Sharp has been jailed since his arrest last month on bail topping $1million.

‘My heart aches for Madi’s parents, the Sparrow family, and the entire Newark Charter community. We can never replace what these people have lost, but we can – and will – hold her killers accountable.’

According to Delaware State Police and the Department of Justice, “an investigation…revealed evidence that Stalczynski, 17, conspired with Noah Sharp, 19, of Newark, to lure Sparrow into a wooded area, ambush her, and ultimately kill her. Stalczynski was arrested by DSP investigators on Monday after the indictment was returned.”

The Daily Beast reported that the motive for the killing has not yet been released, or why Stalczynski participated in the violent murder of a classmate she’d known for years.

State Prosecutor A.J. Roop, said Stalczynski and Sparrow had “known each other for some time,” according to The Daily Beast. Both were students at Newark Charter High School, per the Philly Voice.

Delaware Online reported, court documents don’t go into a possible motive for the murder or the details of how long the two accused killers planned it, “but Sharp said he and Stalczynski had planned it. They then ‘carried (it) out in the afternoon/evening hours’ of Oct. 2, the day Sparrow went missing.”

Who Was Madison Sparrow

Sparrow was reported missing by her mother on October 2 when she didn’t come home from a trip to the store with a friend, according to Delaware Online. Her body was found on October 5 in a wooded area after police interviewed Sparrow’s ex-boyfriend, Noah Sharp.

An interview with one of Sparrow’s friends led police to believe Sharp, her ex-boyfriend, was a suspect because she had gone to meet him before her disappearance.