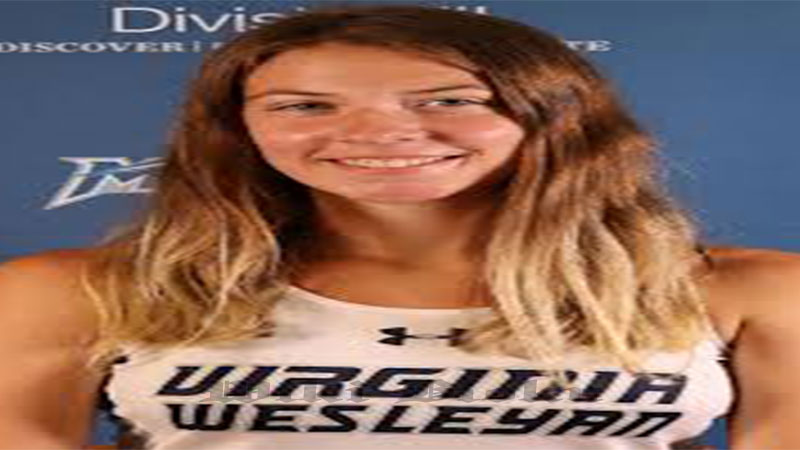 Olivia Winslow is the woman who was arrested after a video went viral allegedly showing a young boy having his Make America Great Again hat stolen in Delaware on August 20.

WDEL reports that the woman who stole the hat allegedly stamped on the 7-year-old’s hand while she was trying to stamp on the MAGA hat which was on the ground. The station says that one of the suspects is accused of causing a “small laceration” to the lip of a man involved in the incident. The laceration caused the man “substantial pain,” the report said.

The clip showing the incident went viral after being shared by the group Students for Trump. At the time of writing, the clip has more than four million views. It has been shared by the president’s son, Donald Trump Jr. referred to the child as 7-year-old Riley. The president’s son described the video as showing Joe Biden supporters as “viciously attacking” Riley. Trump Jr. added, “This is sick.”

Riley’s mother is a field director with Turning Point USA, a pro-Donald Trump youth movement, according to her LinkedIn page. In 2019 she was present at an event where she advocating for the recalling of New Jersey Governor Phil Murphy. She told Return of Information New Jersey that although she had some “civil discussions” she also “had a couple of people flip my table and spit on me.”

Moments ago outside of the DNC convention, Joe Biden supporters attacked a 7 year-old boy.

He was attacked simply because he wore a @realDonaldTrump hat.

His name is Riley.
Watch it happen.
Listen to him cry.

Will Joe condemn this violence against Children?

The press release said that the incident took place on the 600 blocks of South Justison Street around 8:08 p.m. The press release said that the incident involved two female suspects. The second female suspect has not been named at the time of writing. Winslow is facing charges of second-degree robbery, second-degree conspiracy, and endangering the welfare of a child. Winslow has been arraigned and was released on her own recognizance. Police said that Winslow was identified as a suspect through video footage.

A press release from the Wilmington Police Department on August 22 said that Winslow, 21, had been taken into custody “in connection with an offensive touching and robbery investigation.” Shortly after Winslow’s arrest was announced, Wilmington police said that they had taken the second suspect, Camryn Amy, 21, into custody.

The viral clip showed two women confronting two Donald Trump supporters outside of the Democratic National Convention. The two women can be seen as damaging pro-Donald Trump signs and taking a red hat. A voice can be heard in the video saying, “That’s somebody else’s hat.” Delaware Online says in their report that the video shows Winslow picking up the hat and throwing it. A voice can be heard saying, “Call 9-1-1.” The two women are shown to walk away with the hat. As the video goes on, a man tries to retrieve the hat. At that point, one of the women throws the hat away. The video ends with a confrontation between one of the suspects and the person filming.