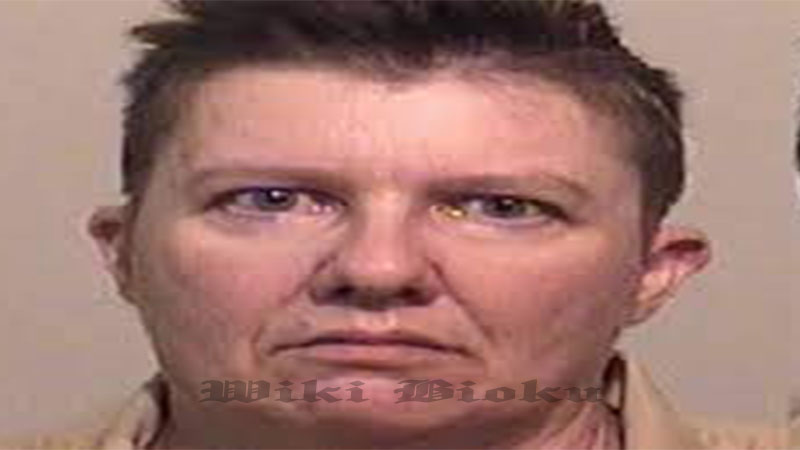 Pascale Ferrier is a Canadian woman who was arrested in connection with a letter containing ricin that was sent to President Donald Trump last week, CBC reported. She was a computer programmer and had previously been arrested in Mission, Texas, while living in the United States.

Pascale Ferrier had previously been living in Texas when she was deported to Canada last year. She was arrested in Mission, Texas in March 2019 for carrying an unlicensed weapon, a fake driver’s license, and resisting arrest, The New York Times reported.

Her arrest record from 2019 shows that she was arrested by the Mission Police Department on March 12, 2019 and released on May 18, 2019. KRGV confirmed the arrest, noting that the Hidalgo County District Attorney’s Office had filed a motion to dismiss the charges based on her serving for 20 days in jail. She was jailed for more than two months before she was released.

Officials learned that she had a six-month visa that she had overstayed and her arrest had violated the terms of her passport. She was deported back to Canada, The New York Times reported.

The date of the deportation is not completely clear. A Facebook business page called La Techno-Creative Nomade, that is run by a Facebook profile with the name Pascale Ferrier, talks about being in Arkansas in June 2019, after having been in Texas. The Pascale Ferrier Twitter account that threatened Trump also referred to itself as “Techno-creative Nomad” in its bio.

On June 8, the Facebook page posted about being in Texas, writing: “I wanted to buy some typical things in Texas, such cowboy hat, boots or clothes, but I was very disappointed to see that almost all items have been produced abroad (China, Asia, Mexico…). And it’s often poor quality things with a high price… So finally I bought nothing because when I go somewhere I want to buy local ! If I’m in USA, I want to buy « made in USA ».”

In July 2019, Ferrier posted on Facebook about looking for a job in Canada. The profile’s bio says that she lived in Saint-Hubert, Quebec, which is where authorities said the letters from Pascale Ferrier originated from.

A Twitter account created in 2010 with the name Pascale Ferrier and located in Quebec tweeted a threat to Trump on September 9.

When someone tweeted, “Can someone please shoot Trump in the face yet?”, the account responded on September 9: “I just read this tweet. I agree… Nobody did anything… It’s time to change! #killtrump”

The account has not been confirmed by officials as belonging to the same Ferrier, but it has the same name and is also from Canada. The account has also tweeted about Women’s Day and about participating in 100 Days of Code.

The bio’s URL reads “pascaleferrier-technocreative,’ which is similar to the “Techno-creative Nomad” listed in the bio of the Twitter account that threatened Trump in early September. It also matches the “La Techno-Creative Nomade” Facebook page run by an account with Ferrier’s name. The LinkedIn page also links to the same Facebook business page.

According to the LinkedIn bio, she worked for Aerotek since December 2019, was an independent web developer for almost three years before that, and was a Configuration Manager for CS Canada from December 2008 to October 2017, along with working for Airbus for one year and Motorola from 2006-2007.

CTV reported that she was a computer programmer.

The LinkedIn bio includes a resume that describes her as a full-stack web developer who speaks both French and English. Her About Page notes:

“I’m a solution finder. Whatever your problem, there is always a solution. If it exists, I will find it. Otherwise, I will create it. If one word could define me, I’d say: ‘technocreative’. I like associate technology and creativity in my life. That’s the reason why I am now working as web developer.

I like challenges. They are the motor of my life and of my motivation. Without challenge the life is boring. I especially like coding and finding solutions with code. ‘There is no problem, only solutions.’

Vice reported that several of her previous employers were defense contractors, including an aerospace company called Thales.

A Facebook page for the same Ferrier last posted publicly on June 15. It was a simple post just talking about making strawberry pie for dessert.

In 2018, William Clyde Allen III was arrested in connection with ricin detected on mail sent to government officials in October 2018. Two envelopes were sent to the Pentagon, with top military officials as the intended targets, including then-Secretary of Defense James Mattis and to Adm. John Richardson, Chief of Naval Operations. Another suspicious envelope was sent to Trump and two to Ted Cruz’s campaign headquarters. A federal grand jury returned a seven-count indictment on October 18, 2018, charging Allen in connection with the threats.

In May 2013, anonymous ricin letters were sent to New York City Mayor Michael Bloomberg, Mark Glaze who was then the director of Mayors Against Illegal Guns in Washington, D.C., and President Barack Obama. Shannon Richardson was charged with the crime and pleaded guilty. She was sentenced to 18 years in prison. Richardson lived in New Boston, Texas, when the letters were sent. They had low concentrations of ricin and were discovered before there were any injuries or fatalities. The letters read: “You will have to kill me and my family before you get my guns. The right to bear arms is my constitutional God-given right. What’s in this letter is nothing compared to what I’ve got planned for you.”

Richardson had minor roles on shows like The Walking Dead and The Vampire Diaries. She originally blamed her husband, but didn’t pass a polygraph. Her computers had texts of the letters, and her husband was at work when the letters were printed. She then claimed that she mailed the letters because her husband forced her to do so. Her husband denied her allegations.

Also in 2013, J. Everett Dutschke of Mississippi pleaded guilty to mailing ricin-laced letters to officials, including Obama, The New York Times reported. The letters were signed “K.C.” to indicate an Elvis impersonator who was briefly arrested. But he and Dutschke had an ongoing feud and authorities later traced the letters to Dutschke.

Four men in Georgia were arrested in 2011 and charged with plotting to spread ricin in five cities. The plot targeted federal and state officials, The New York Times reported.

Authorities said additional, connected letters might have been sent to law enforcement in Texas. She was arrested when she tried to cross into the United States from Canada near Buffalo, New York, according to the CBC. Ferrier is being held in custody in New York and court records show charges have not been filed against her yet. Federal authorities have not commented about her arrest and what she could be charged with. It was not immediately clear if Ferrier has hired an attorney who could comment on her behalf.

#FBIStatement: “The FBI and our U.S. Secret Service and U.S. Postal Inspection Service partners are investigating a suspicious letter received at a U.S. government mail facility. At this time, there is no known threat to public safety.” pic.twitter.com/jsBMIsDHbt

CBC confirmed on Monday that the woman arrested was Pascale Ferrier.

The letter had been intercepted by law enforcement before reaching Trump, CNN reported, and tests confirmed that the package had ricin. An unnamed source familiar with the investigation told CNN that the letter had a substance with physical characteristics similar to ground castor beans, and the letter was mailed from St. Hubert, Quebec. On Monday, CBC reported that Royal Canadian Mounted Police were searching a condo on Montreal’s South Shore in Saint-Hubert. The Journal de Montreal reported that she had only lived at the residence for a few months.

Ferrier was carrying a gun when she was arrested, CNN reported. She was trying to cross the border from Fort Erie, Ontario into Buffalo, New York via Peace Bridge when Customers and Border Protection agents took her into custody, NBC News reported.

When news of her arrest was first announced on Sunday, her name was not immediately released, but authorities said she was going to be charged by the U.S. attorney’s office in Washington, D.C. Her court appearance has been delayed until Tuesday, CBC reported.

Authorities said that similar packages were sent to Texas and might be connected, CNN reported. Mary-Liz Power, chief spokeswoman for Canada’s Minister of Public Safety Bill Blair, said that there were reports of multiple packages sent to “U.S. federal government sites” that were being investigated.

The New York Times reported that the connected ricin letters were sent to a detention facility and a sheriff’s office in Texas. Annie Bergeron-Oliver of CTV National News tweeted that one of the letters was sent to the Mission Police Department in Mission.