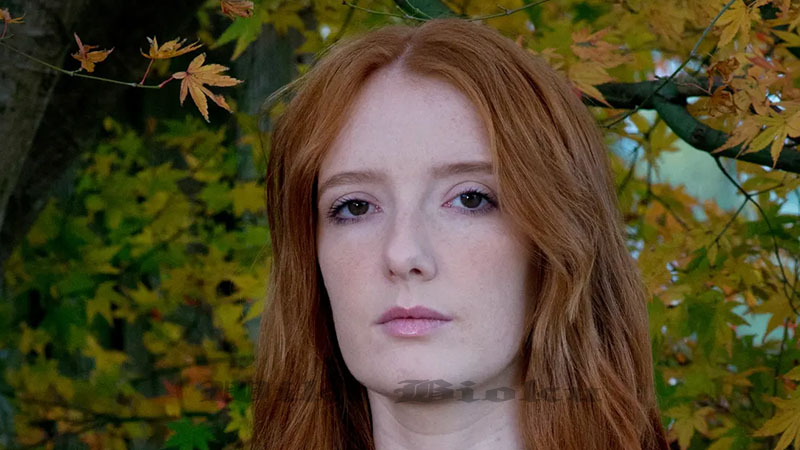 Patsy Stevenson is a British woman who was arrested while protesting murder victim Sarah Everard’s death. She has spoken out in video interviews, claiming she wasn’t “doing anything” when police threw her to the ground.

Dramatic photos of Stevenson’s arrest circulated on social media, causing outrage in a country already roiling over the murder of marketing executive Everard and the accusations that her killer was a Metropolitan police officer who randomly targeted her as she walked down the street. According to iNews, Stevenson called the police presence at the Everard vigil “disgraceful.”

In a video interview, Stevenson said, “I was arrested by police for standing there. I wasn’t doing anything. They threw me to the floor, and I have pictures of me on the floor being arrested, and I’m 5 foot 2, and I weigh nothing, and several police were on my back.”

Stevenson recorded a video in which she said, “After what happened today at #ClaphamCommon, I want to redirect focus away from the police & towards what actually happened. We need to be seen & heard. That’s why I’m calling for everyone to meet at 5 pm on 15 March outside Parliament Square.”

Stevenson said in the video interview that it was a “peaceful protest.” Kate Middleton, the Duchess of Cambridge, came earlier in the day to pay her respects.

Southend Echo described Stevenson as “a former pupil of Cecil Jones Academy and South Essex” and said she wants to have a conversation with Metropolitan Police Commissioner Cressida Dick. She received a £200 fine, according to the news site.

“I would like to thank the organizers of tonight’s vigil in Clapham Common for canceling the gathering. Since Sarah’s disappearance, we have shared Londoners’ anguish, shock, and sadness at the truly awful circumstances of her disappearance and death. I know that yesterday’s ruling would have been unwelcome news for the organizers and to those who were hoping to join others in tribute to Sarah and to make a stand on violence against women.”

She added, “While it is clear we cannot do this together on Clapham Common, I know there are various other ways to mourn Sarah in a safe way. We take no joy in this event is canceled, but it is the right thing to do given the real and present threat of Covid-19. Throughout the week we have had a number of talks with the organizers of the vigil. These talks have undoubtedly been challenging and officers have worked hard to explain the regulations and why gatherings such as this cannot go ahead at this time.”

Roper added, “While we understand their frustrations of this cancellation and share the nation’s outrage at this crime, we must all continue to work together to fight Covid-19 and keep each other safe. Throughout the day we will have officers on patrol throughout the capital. We are there to keep people safe and will be highly visible and supporting our communities.”

In a later release, Assistant Commissioner Helen Ball, said, “May I start by extending my deepest condolences to the family and friends of Sarah Everard. Across the Met, we are still extremely saddened and shocked by the tragic circumstance of her disappearance and death. Earlier tonight, I joined the Commissioner in a candlelit vigil outside New Scotland Yard. I know many thousands of people up and down the nation also held similar vigils in Sarah’s name.”

She added that “I recognize that the decision by the organizers to cancel the Reclaim These Streets vigil in Clapham Common was deeply unwelcome news. Even so, given the ever-present threat of Coronavirus, this was the right decision to make. Today, for over six hours hundreds of people came to lay flowers and pay their respects to Sarah in Clapham Common in a safe and lawful way. Around 6 pm, more people began to gather close to the bandstand within the Common. Some started to make speeches from the bandstand. These speeches then attracted more people to gather closer together.”

At this point, she claimed, “officers on the ground were faced with a very difficult decision. Hundreds of people were packed tightly together, posing a very real risk of easily transmitting Covid-19. Police must act for people’s safety, this is the only responsible thing to do. The pandemic is not over and gatherings of people from right across London and beyond, are still not safe.”

She added: “Those who gathered were spoken to by officers on a number of occasions and over an extended period of time. We repeatedly encouraged those who were there to comply with the law and leave. Regrettably, a small minority of people began chanting at officers, pushing and throwing items. After speaking with officers, the vast majority of people quickly left. Four arrests have been made for public order offenses and for breaches of the Health Protection Regulations.”

According to Ball: “Part of the reason I am speaking to you tonight is that we accept that the actions of our officers have been questioned. We absolutely did not want to be in a position where enforcement action was necessary. But we were placed in this position because of the overriding need to protect people’s safety. Let me end by saying that across the Met, we review every single event that we police to see if there are lessons that can be learned. This one will be no different.”

Everard’s Death Has Shocked a Nation

Sarah Everard was a marketing executive from England who vanished into thin air after leaving her friend’s house. The suspect is a Metropolitan police officer. Her body was later found and the officer, Wayne Couzens, has been formally accused of her kidnap and murder.

It’s not believed that the two knew each other, although the motive is not clear.

The 33-year-old Everard left her friend’s home through a back gate on March 3, 2021, and then started walking to her home about 50 minutes away.

Authorities later found Everard’s human remains in woodland near Ashford, Kent, Met Commissioner Cressida Dick said in a news conference. “My thoughts and prayers are with Sarah Everard’s family and friends,” Dick said. “A man has been arrested on suspicion of Sarah’s murder. This evening, search teams…have found very sadly what appears to be human remains. The discovery was made in an area of Woodland in Ashford, in Kent.” The remains were positively identified as Everard.

Dick said her disappearance happened in “awful and wicked circumstances.” She called it every family’s “worst nightmare,” and she said it was “incredibly rare for a woman to be abducted from our streets.”

“The news today that it was a Metropolitan police officer who was arrested in Sarah’s murder has sent shock waves and anger through the public and the Met,” said Dick. “I speak on behalf of all of my colleagues when I say that we are utterly appalled at this dreadful, dreadful news. Our job is to patrol the streets and to protect people,” Dick said. The investigation is large and fast-moving, she said.

Couzens, 48, “is a serving Metropolitan Police officer in the Parliamentary and Diplomatic Protection Command.” He helped guard the U.S. Embassy.