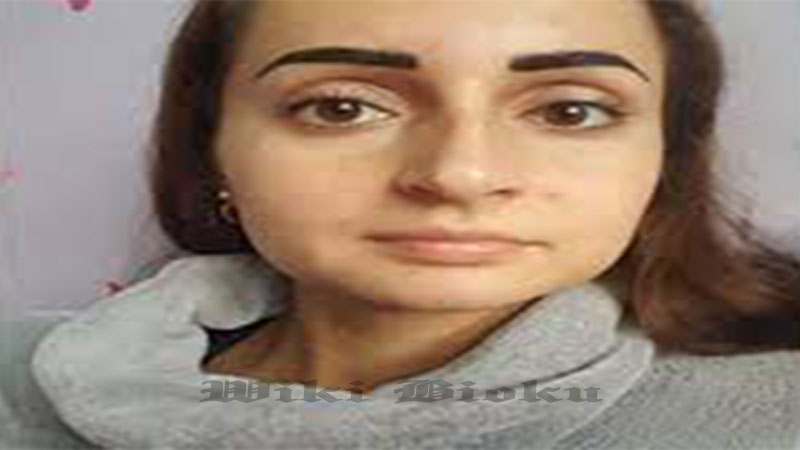 Petra Srncova was a nurse and was last seen returning home after finishing a shift at Evelina London Children’s Hospital in Westminster on the night of November 28.

Ms. Srncova is believed to have been wearing a green coat and a red backpack when she left the hospital, which is across the Thames from Parliament, at 7:45 pm on 28 November.

Police said she withdrew money from an ATM before boarding a bus to Elephant and Castle.

Miss Srncova then switched to a bus traveling south towards the direction of her house.

Petra Srncova has died at the age of 32-years-old.

Miss Srncova, 32, was last seen returning home after finishing a shift at Evelina London Children’s Hospital in Westminster on the night of November 28.

She had traveled by bus to her address in Camberwell, southeast London, and was last seen in the area at 8.22 pm.

Police were called to nearby Brunswick Park yesterday after it was said that a group of children playing in the area made the grim discovery around 11:40 a.m. M.

While the body has not yet been formally identified, the Metropolitan Police said that Ms. Srncova’s family in her native Czech Republic had been “informed of this fact.”

A spokesperson added: “At this early stage, the woman’s death is being treated as inexplicable.”

Her MP Harriet Harman, who had handed out the missing posters on Saturday, said: “The body was found in a small park near where Petra lived. Too sad.’

The area was cordoned off yesterday as forensic investigators set up a blue tent as they worked through the night.

In response to a call for more information on social media, an NHS worker said that a nurse had told him that she was being followed as she left the hospital.

“ I was on the phone with her, she told me not to come out (of the call) and she pretended to meet me at the station because she had a strange man following her, ” the pediatric nurse tweeted to the Met.

The force has contacted this health worker and said investigators are interested in any information the public may provide.

A colleague raised the alarm on December 3 after she failed to show up for work at the children’s hospital, which is part of Guy’s and St Thomas’ NHS Foundation Trust.

Selda Kayam, a 36-year-old resident and mother of two, told MyLondon that it was her friend’s children who had discovered the body in the park this morning.

She said: ‘It’s pretty scary for us, we feel like we’re not safe anymore.

I really don’t feel comfortable. I’m not sure if I would take my kids back to that park.

‘When my friend’s kids were running around the park, that’s when they saw him. It’s really shocking. ‘

And another person who lives in the area named Fred said he was feeling “uneasy.”

He also said that there was a murder in the area about a month ago before this latest incident.

The man said that he has had no problems in the area, but that he was taken aback to learn that the body was discovered in front of his home.

Reacting to yesterday’s development, the confidence and Evelina tweeted: ‘This is extremely sad and worrying news regarding the disappearance of our colleague.

“Our thoughts are with Petra’s family, friends, and colleagues at this difficult time.”

The Embassy of the Czech Republic in London said: “We would like to express our condolences to the family of the deceased Czech citizen.”

A Man Arrested in Connection with Disappearance

A man arrested and taken into custody in connection with his disappearance was released on bail over the weekend pending further investigations.