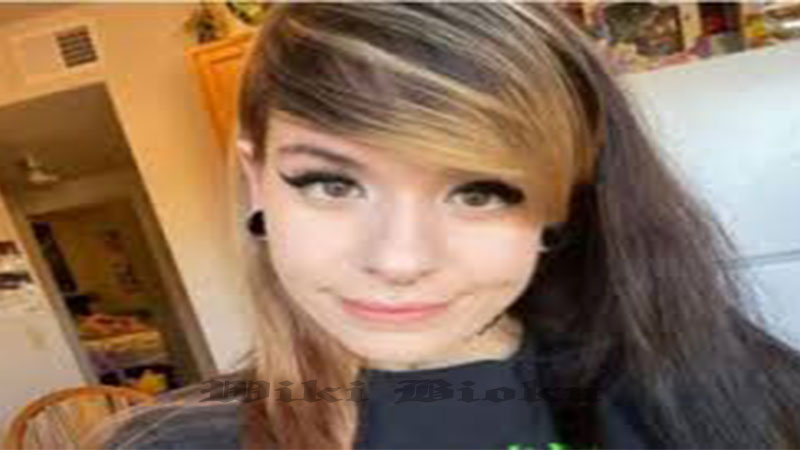 Pokeprincxss, a popular Twitch streamer and TikToker. The TikTok star, whose real name is Marrissa Cloutier, recently uploaded a YouTube video in which she shared that she’s had to rebrand as well as hand over all the profits she’s made selling merchandise with Nintendo’s intellectual property.https://web.archive.org/web/20210225110449if_/https://www.instagram.com/p/B_8NBuBAgf1/embed/captioned/?cr=1&v=12&wp=658&rd=https%3A%2F%2Fwikibiouk.com&rp=%2Fpokeprincxss%2F#%7B%22ci%22%3A0%2C%22os%22%3A25084.5%7D

Cloutier revealed that she will now be known as digitalprincxss instead of pokeprincxss online, including to her nearly 2 million TikTok followers. As a huge Pokemon fan, Cloutier was inspired by the Nintendo franchise when creating her name and eventually trademarked the name pokeprincxss on LegalZoom, according to GameRant. She has multiple Pokemon tattoos and a lot of the imagery on her merchandise was directly inspired by the franchise.

Last year, the Colorado native spoke to Arapahoe Pinnacle about her career online, saying she started creating content under the name Pokeprincxss at the age of 18, mostly focused around her Pokemon collection and sharing her experiences with eating disorders. She told the outlet:

I post all my personal life on social media to connect with my followers, it’s why I have such a big following, people see how honest I am with myself. My fans are basically all my best friends, my followers have been with me for the past 5 years, they saw me start at 18 and grow into the person I am now, they know more about me than anyone, including my family, they know every detail, every flaw, every good thing, and I love them all so much!

She said her life changed when she had an unplanned pregnancy at 19 with her partner at the time, who she said was manipulative and a cheater: “When I was with the father of my child I had really bad insecurity issues, he cheated on me multiple times during and after the pregnancy. After experiencing all that, it helped me know my self-worth as a person and know that I’m better than the man who tried to destroy it.”

A year after her son Onix was born, her partner left her, and she was left to find ways to support herself and her child. She said that’s when she began exploring sex work, creating content for her social media following. She explained, “People always look down on me for being a sex worker and a mom, but they don’t realize I don’t mix sex work with my parenting. Just because I’m a mom doesn’t mean I have to change myself to please other people.”

She told the outlet that creating adult content actually helped her overall social media presence. She explained that she began receiving requests to appear at anime and video game conferences, since people “loved my look and how nerdy I am.” Last year, she ran the Boom! Studios booth at the Denver Pop Culture Convention for three days.

Pokeprincxss, a popular Twitch streamer and TikToker, has revealed that she’s been sued by Nintendo and has now had to rebrand herself.

Here is the full 10-minute video of Cloutier explaining the latest news:

In the video, Cloutier explained that she wasn’t aware that she was infringing on Nintendo’s IP: “I was young and dumb and I was just going full force with it because I didn’t know what I was doing was wrong.” She added that she’d been told she was allowed to do “spoof designs and fan art” but acknowledged she should have done more research.

She said that this situation began two months ago when LegalZoom notified her that she’d been issued a cease and desist letter from Nintendo. She said in addition to turning over profits made from selling her Pokemon-related merchandise, she was asked to stop using the name pokeprincxss to avoid people thinking she was affiliated with their company. Cloutier explained that because she’s also considered an adult entertainer, she understands that Nintendo, as a family-friendly company, did not want to be associated with her.

She said she believes that she gained Nintendo’s attention because of her work in the adult entertainment industry and after she filed the trademark for her name. However, she said she doesn’t hold any resentment toward Nintendo, a company she’s loved since childhood. She said the whole situation is upsetting, but added, “I’ll give my soul to Nintendo. After watching this video, go buy a Switch or something.”