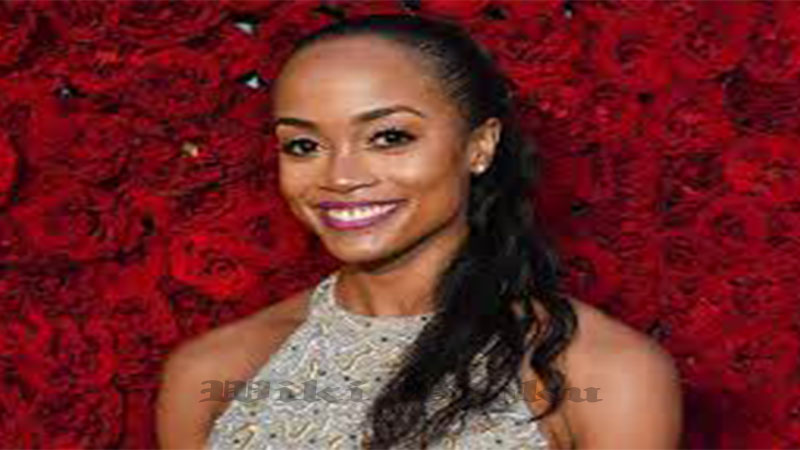 Rachel Lindsay is an American media personality, has deleted her Instagram account due to harassment and hate she has received from fans of the show.. She is best known for her role as a contestant on the twenty-first season of ABC’s The Bachelor and as the lead of its spinoff, The Bachelorette, in its thirteenth season. She was the first African-American Bachelorette in the franchise. Rachel is married to the winner of her Bachelorette season, chiropractor Bryan Abasolo. She is also a co-host of the Higher Learning podcast alongside Van Lathan on The Ringer platform and co-hosts the Bachelor Happy Hour podcast with Becca Kufrin.

Lindsay obtained her Bachelor’s degree from The University of Texas at Austin where she studied kinesiology and sports management and is a member of Delta Sigma Theta Sorority, Inc. She received her J.D. degree from Marquette University in Milwaukee, Wisconsin. Lindsay became licensed to practice in the state of Texas on November 4, 2011.

Born and raised in Dallas, Lindsay is the daughter of beauty consultant and former computer programmer Kathy and federal judge Sam A. Lindsay. She has an older sister, Constance, and a younger sister, Heather.

Lindsay worked as a legislative intern for Texas State Senator Royce West and had interned with the Milwaukee Bucks. She then worked at the law firm Cooper & Scully, P.C.

In May 2020, Lindsay launched a podcast Higher Learning with co-host Van Lathan. The podcast is available on Apple Podcasts and Spotify. It dissects topics in black culture, politics, and sports through conversation that’s meant to spark open, deep, and educational exchange in order to develop higher standards of society.

Lindsay is married to Bryan Abasolo, who won Season 13 of The Bachelorette. She and Abasolo married on August 24, 2019, in Cancun, Mexico.

Media personality Rachel Lindsay, who was “The Bachelor” franchise’s first-ever Black lead in 2017, has deleted her Instagram account due to harassment and hate she has received from fans of the show.

The online harassment follows Lindsay’s “Extra” interview with “The Bachelor” host Chris Harrison, during which he defended current contestant Rachael Kirkconnell, who has been under fire for resurfaced photos of her in attendance at an antebellum plantation-themed fraternity formal. After apologizing, Harrison then announced that he is “stepping aside” from the franchise for “a period of time,” causing some fans to direct hateful comments toward Lindsay.

“My co-host on ‘Higher Learning,’ Rachel Lindsay, disabled her Instagram earlier today,” Lathan said. “She did it because that’s how much hate she’s getting from Bachelor fans, who are spamming her with all kinds of rude, hateful things to say.”

In his video, Lathan said that people should “get a f—— life” and are misdirecting their anger at Lindsay when they should be outraged at Harrison for his defense of Kirkconnell.

“Rachel is not responsible for Chris Harrison, a 49-year-old man who can’t read the room in these present 2021 times,” he said. “She’s not responsible for that. It’s not her job to make excuses or provide cover for somebody who doesn’t understand what the f— triggers people in today’s world.”

Rachel Lindsay didn’t get Chris Harrison fired. He did that. It’s unfair how the burden of ABC’s inability to create brand with a culture of inclusion, diversity, and nonracial bias has had to fall on her shoulders. I stand with her. Everything needs to change. Let’s go, Bachelor

Representatives for Lindsay and Harrison did not immediately respond to Variety’s request for comment.

Former contestants of the franchise have been sharing their support of Lindsay following her disengagement on social media.

“The Bachelor” and “Bachelor in Paradise” alum Nicole Lopez-Alvar wrote, “Rachel Lindsay didn’t get Chris Harrison fired. He did that.”