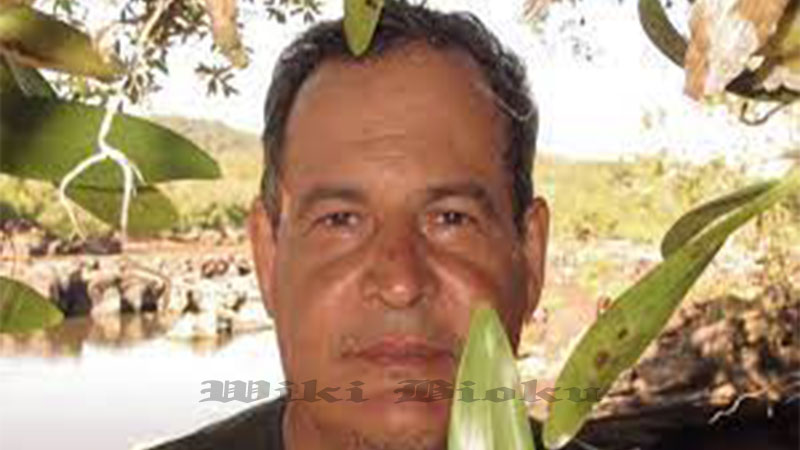 Rieli Franciscato has a reputation as one of the most devoted “sertanistas” which are Brazilian government agents who work in the forests to protect uncontacted tribes’ lands from outsiders.

It is thought the tribesmen, who have rarely come into contact with outsiders, may have assumed he was one of many invaders devastating the forest around them.

Last year numerous fires were started outside and inside the reserve, and this year the ranchers have threatened to burn more of the territory.

Sarah Shenker, from tribe conservation charity Survival International, said: “The uncontacted Indians may well have mistaken Rieli, one of their closest allies, for one of their many enemies who threaten their survival.

“They’ve been pushed to the edge and there’s only one solution: protect their territory from all invasions so they can survive and thrive.”

Mr Reili was a fierce opponent of Brazil’s president Jair Bolsonaro who has refused to stop hacking down trees for trade.

The far-right champion of tree felling and a climate change sceptic, has said he wouldn’t give up “one centimetre more” of land to indigenous communities.

Ms Shenker said: “The last thing Rieli would want is for the government and the invaders to use his death as an excuse to target the Uru Eu Wau Wau territory even more aggressively, or to make forced contact with the uncontacted Indians.

“This would be fatal and any attempts will be met with immediate opposition from indigenous peoples and their allies around the world.

“He didn’t let Bolsonaro’s war on indigenous peoples and strangling of his budget stop him.

He was in the area to monitor a tribe as part of his work for the government’s indigenous agency, Funai.
An NGO founded by Mr Franciscato described him as an “excellent, serious and dedicated professional”.
The Kaninde Ethno-Environmental Defence Association, which he helped create in the 1980s, said the indigenous group had no ability to distinguish between a friend or a foe from the outside world.

Witnesses said Mr Franciscato and his party came under fire as they approached an indigenous group.
Mr Franciscato, who was accompanied by police, attempted to take shelter behind a vehicle, but was struck in the chest by an arrow, witnesses said.

A policeman who witnessed the incident said Mr Franciscato managed to remove the arrow, which hit him above the heart.
“He cried out, pulled the arrow from his chest, ran 50m (164ft) and collapsed, lifeless,” the officer said in an audio recording posted to social media.
A photojournalist in the region, Gabriel Uchida, told AFP news agency that Mr Franciscato had been trying to observe a tribe known as the “Cautario River isolated group”.
Mr Uchida, who also witnessed the incident, said the tribe was usually “a peaceful group”, but “this time, there were just five armed men – a war party”.

Rieli Franciscato, 56, died on Wednesday in a remote region of Rondônia state in north-western Brazil.

Rieli was killed in Rondonia state after he was shot in the heart by an arrow as he defended territory belonging to the Uru Eu Wau Wau tribe.

Survival International, an indigenous rights group, said Mr Franciscato was called to area after a number of uncontacted peoples appeared in recent months.
Ranchers and loggers have destroyed much of the nearby forest in recent years and have threatened to destroy more of the region. The group said in a release that his death was “almost certainly a response to the immense pressure” the forest and its peoples are under.
Indigenous groups in the Amazon and elsewhere in the world have been known to react violently to outsiders on their lands.
Indigenous leaders say incidents with illegal miners, farmers and loggers on their ancestral lands have become much more common since Brazilian President Jair Bolsonaro took office in 2019, promising to develop the Amazon region.

Conservationists blame Mr Bolsonaro and his government for defunding agencies including Funai and the environmental enforcement agency Ibama and turning a blind eye to farmers and loggers clearing land in the Amazon, hastening deforestation.
Mr Bolsonaro has long questioned the need for large indigenous reservations in the rainforest, and has defended opening up protected areas for farming and mining.
The Amazon, the world’s largest rainforest, is home to about 100 isolated tribes, according to Survival International.
At Funai, Mr Franciscato headed a programme to protect isolated indigenous groups.
“Rieli dedicated his life to the indigenous cause. He had more than three decades of service, and leaves an immense legacy for the protection of these peoples,” Funai official Ricardo Lopes Dias said.