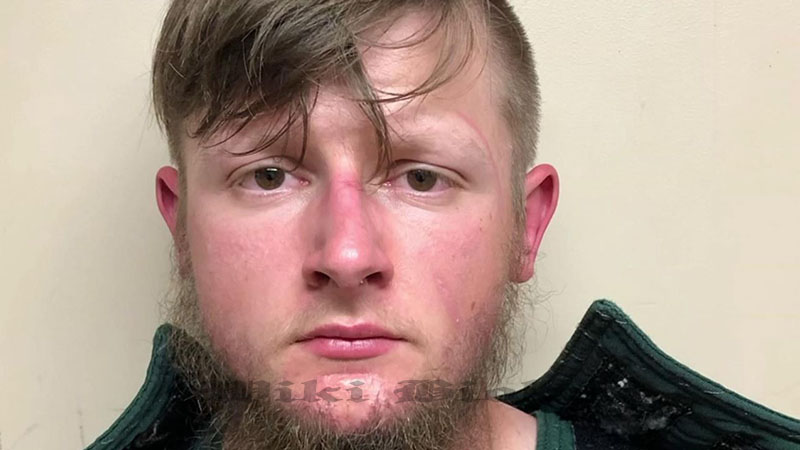 Robert Aaron Long was identified as a suspect accused of shooting five people at a spa in Woodstock, Cherokee County, Georgia. Officials said he was also a suspect in two other shootings in nearby Atlanta. The three shootings left eight people dead.

Cherokee County Sheriff’s deputies shared surveillance footage of the shooting suspect fleeing the scene. About three hours after the shooting, Long was arrested about 200 miles south of the scene in Crisp County, about a two-and-a-half-hour drive from the scene.

Little information was immediately known about Long aside from his age and hometown.

“Cherokee Sheriff’s office searching for Robert Aaron Long, 21 of Woodstock,” Ashley Thompson of CBS 46 wrote on Twitter shortly before the arrest. “He’s a suspect in shooting this afternoon on Hwy 92. near Acworth. He is believed to be driving a dark 4 door Hyundai Tucson (tag number RZR8983 with damage to the driver’s side of the vehicle.”

Long has been arrested, Fox 5 Atlanta reported. Deputies told the news outlet he entered a business along Georgia Highway 92 and opened fire, shooting six people. He was taken into custody in Crisp County following a police chase nearly 200 miles away. Deputies named the 21-year-old Woodstock man as the suspect at about 8:30 p.m. Minutes later, they announced he had been arrested.

The Cherokee County Sheriff’s Office released a photo of the suspect earlier in the day on Facebook.

“Please share,” the Cherokee County Sheriff wrote on Facebook. “Suspect in a multiple shooting on Hwy 92 near Bells Ferry Rd. If anyone recognizes this suspect or his vehicle please call 911.”

That image, and surveillance footage from other businesses, helped identify Long as a suspect in all three shootings.

“It does appear that it’s the same suspect,” Captain Jay Baker of the Cherokee County Sheriff’s Office told The Atlanta Journal-Constitution.

The victims have not yet been identified.

CAPTURED: Suspect in custody in Crisp County, the sheriff’s office there. Deputies did PIT maneuver to get him there. Still unclear if connected to ATL.

Suspect in custody in Crisp County, the sheriff’s office there. Deputies did a PIT maneuver to get him there. Still unclear if connected to ATL,” he wrote. “Also in Cherokee Co…now 4 dead. 1 injured.”

Cherokee County Sheriff’s deputies arrived on the shooting scene at Young’s Asian Massage Parlor to find three people dead and two others injured. One of those injured people died later at the hospital, Jay Baker of the sheriff’s office told 11 Alive News. The victims’ names have not been released. Two of them were Asian women, one was a White woman and one was a White man, Baker told The Atlanta Journal-Constitution. The fifth victim, who was taken to the hospital, was a Hispanic man. Officials did not immediately release an update on his condition.

Baker said Cherokee County had only one homicide in all of 2020. He called the mass shooting “shocking.”

“In 2020, we had one homicide in Cherokee County, so, we’ve had three today, so it’s pretty shocking not only to our responding deputies and public safety but also to the community here. And we take this very seriously,” Baker said.

Lanes were blocked on Highway 92 at Bells Ferry Road as officials conducted their investigation. The road was beginning to reopen in the evening, WSB reported.

The Cherokee County Sheriff’s Office asked the public to avoid the area immediately after the shooting and shared a photo that showed the busy highway lined with police vehicles.

“Avoid BellsFerry Road and Highway 92 if possible,” the sheriff’s office wrote on Twitter. “Investigating a shooting in that area.”

A second and third shooting occurred later in the day in northeast Atlanta at about 6 p.m., about one hour after the Cherokee County shooting. Woodstock is a suburb of Atlanta.

Reporters at a press conference with the Atlanta Police Department asked whether racism due to the coronavirus may have been the motive behind the shootings. Police said it was too early to pinpoint a motive, but confirmed all four victims were Asian females. Two of the five victims in Cherokee County were Asian females.

Dr. Michelle Au, a state senator in Georgia, spoke out against anti-Asian racism the day before the shooting.

She said the issue does not get enough public attention, and called anti-Asian racism during the pandemic “a new chapter in a very old story.” Incidents include elderly Asians being physically assaulted, shoved to the ground, and stabbed, and Asian pedestrians spit on in the street.

She said middle school students told an Asian classmate “people like him” were the cause of “the so-called China virus and Kung Flu.” When he told them he was not Chinese, they repeatedly punched him in the face, she said.

HuffPost reported there have been 4,000 incidents of racism against Asians reported in the last year.