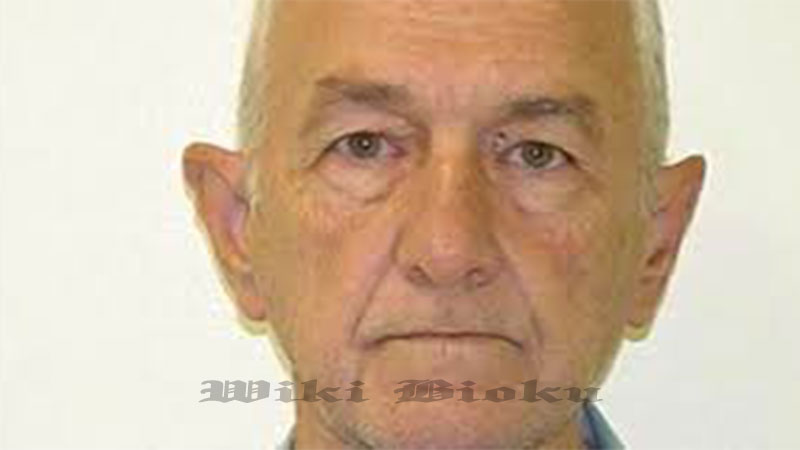 Roger Kibbe, The infamous killer popularly known as the ‘I-5 Stranger’ was found dead. He was an American serial killer and rapist known as the “I-5 Strangler”. Kibbe found all but one of his victims on the freeways around Sacramento, California. On May 10, 1991, Kibbe was sentenced to 25 years to life imprisonment for the murder of Darcie Frackenpohl in Pleasant Valley State Prison where he was eventually killed.

He was serving without the possibility of parole. Kibbe was initially given 25 years to life in May of 1991 after the murder of “a runaway from Seattle,” Darice Frackenpohl. Her body was located in El Dorado County at Echo Summit. In 2009, Kibbe had pleaded guilty to six more murders that go back to 1977 – DNA evidence had connected him to the deaths. On November 5, 2009, he was sentenced to “serve life without the possibility of parole for two counts of first-degree murder.” For the 1991 murder, he was sentenced in El Dorado County “to serve a consecutive life-with-parole sentence for first-degree murder”. On June 7, 1991, he was admitted to the state prison.

Roger Kibbe has died at the age of 81-years-old.

Kibbe died at approximately 12:40 a.m. on February 28, 2021, in Mule Creek State Prison. An officer made the discovery; Kibbe’s 40-year-old cellmate was present at the scene, reportedly in a standing position when the body was found. His death is being investigated as a homicide.

The infamous killer Roger Reece Kibbe, popularly known as the ‘I-5 Stranger’ was found dead in his Mule Creek State prison cell on Sunday, February 28.

Reports reveal that at “approximately 12:40 am” a corrections officer at the prison in Amador County was conducting a routine check when he found Kibbe, 81, lifeless on the floor of his cell with his cellmate, Jason Budrow, 40, standing near him. A news release by the California Department of Corrections and Rehabilitation on Monday, March 1, clarified, “Medical staff immediately responded to the incident and transported Kibbe to the institutional health care facility for a higher level of care. Life-saving measures were unsuccessful and Kibbe was pronounced deceased at 1:23 a.m. by institution medical staff.”

The Sacramento Bee spoke of Kibbe’s victims writing that in 2008 Kibbe was accused by San Joaquin County for the murders of Lou Ellen Burleigh in 1977 and the murders of Barbara Ann Scott, Stephanie Brown, Charmaine Sabrah, Katherine Kelly Quinones, and Lora Heedrick in the year 1986. Kibbe had confessed that he had lured his 1977 victim into a van to “discuss a cosmetics job” telling her that his office was in construction. Burleigh had left her home in Walnut Creek in September 1977 for a job interview but never returned. Her body was found years later in 2011 after a bone fragment near Lake Berryessa was found by a Napa County sheriff’s deputy. It matched the site where Kibbe had confessed to having left her body. According to reports, Kibbe had tied Burleigh and raped her at the Lake. He dumped her body in a river bed after he had killed her.

Heedrick, 21, was reportedly last seen on April 20, 1986. She had got into a car on Highway 99. Her body was later found on September 6 of that same year near Highway 12 and Interstate 5. His other victim Brown, 19, was a Sacramento resident and her body was found on July 15, 1986, near Highway 12 Terminus Island in a ditch. She had reportedly been strangled and sexually assaulted. The newspaper further reported that Sabrah, 26, who was also from Sacramento was on her way back to the city on August 17, 1986, but her car had broken down on Peltier Road and I-5. She was offered help by a “man”, after she had left her mother with her car. Her body was found on November 8, 1985, in Amador Country, Highway 124 – she had three kids.

Kibbe’s ways of killing were brutal. He had, as per the newspaper, strangled Hendrick with a tank top and had choked Frackenpohl to death with a “cord with dowels at both ends”. The weapon had been found in the killer’s locker room.

Reportedly, Kibbe used to leave signatures after his crimes. “Random cuts in his victims’ clothing with a pair of scissors.” As per the book ‘Trace Evidence: The Hunt for an Elusive Serial Killer,’ when the killer was younger, he used to “cut up garments he stole with a pair of his mother’s scissors.” Detectives had also revealed that he “sometimes bound himself with the garments.”

As per New York Post, a newspaper reported that Budrow is the suspect in Kibbe’s death. The release also revealed that Budrow who has now been “rehoused” in the Administrative Segregation Unit amid the pending investigation, was sentenced by Riverside County to “serve a life without the possibility of parole for first-degree murder as a second-striker” on June 29, 2011. In 2010, he killed a woman he had been dating and drove to the sheriff’s station with her body in his car’s trunk.

The Sacramento Bee further said that the cause of death is not released as of yet, but as per prison officials, the rapist’s death is being treated as a homicide.